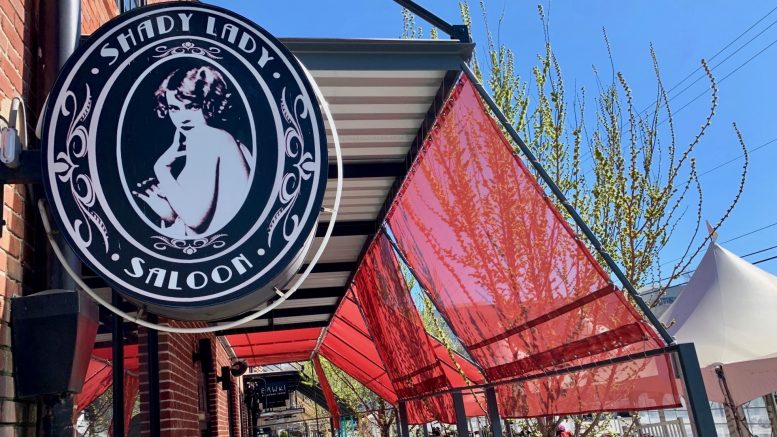 Food, music, cocktails and style, California’s capital has its spots if you know where to look

The late piano master Ellis Marsalis said of his hometown, “In other places, culture comes down from on high – in New Orleans, it bubbles up from the street.”

It’s Mardi Gras season, and ever since I recorded an episode of the ‘Drinkers with Writing Problems’ podcast in New Orleans people have been asking about my favorite place to eat there. That’s like asking which cloud in Heaven is the most comfortable to sleep on. As Truman Capote observed, every neighborhood has its own hidden garden, which means every street is tailored with its own rare drinking dens and unique culinary krackens distinct to that part of the city.

There is one thing I do on every writing trip there, and that’s stop by NOLA Poboys on Bourbon Street for a brawny, juice-popping Da Yat sandwich. How to describe the Da Yat? It’s an open-faced, fried-shrimp po boy that’s slathered in a muddy gumbo mix of shredded pork, chopped okra and half-neon sauces of unknown origin. This is a beautifully lethal lunch option with a paralyzing food coma to follow – or a way to straighten your steps in the French Quarter at midnight, if your soggy liver is singing sea shanties.

Those descriptions, perpetrated by yours truly, included lines about Victoria’s gumbo being “filled with shrimp, sausages, soft chicken bits and a perfect sprinkling of peppers, onions and okra,” and having “briny hints perfectly balanced against its pepper punch,” all culminating in a savory creation for pairing with the “spongy, slightly sweet, pan-seared cornbread pancakes” the kitchen makes. We could go on and on. And we have.

With Tori’s Place, it’s all about family recipes. That’s also the case with Southside Park’s great NOLA-descended restaurant, South. Born in New Orleans, co-owner N’Gina Kavoojian has been whipping up dishes so genuinely addictive they’ve occasionally caused jonesing customers to have shouting matches over the tables. In those first years that South was open, N’Gina’s got frustrated enough to warn misbehavers that she might cast a Louisiana hex or two — especially if they didn’t chill out, focus on the food and just enjoy life. Personally, I’ve always loved the ambiance of South, with its vintage wood tables surrounded by the white-washed walls and glimpses of monochromatic art. There’s the shot glasses filled with water; the clear sweating bucket of ice, the barely visible aromatic cloud of oven smoke that lingers in the dining room like pluming swamp steam.

And of course, there is South’s chicken: It hits the tables as fire-bronze trophies with skins like salty shells over the perfect juicy moisture that N’Gina’s cooks coax out of the meat.

Sacramento has also been absorbing the best of New Orleans of cocktail culture. It was local blues sensation Katie Knipp – who often travels to “the City that Care Forgot” – that alerted me to how well the Shady Lady Bar makes one of the latter’s signature drinks, the Vieux Carré. This nearly century-old recipe combines rye whiskey, cognac, sweet vermouth, Bénédictine liqueur and Angostura and Peychaud’s bitters. People know it’s a cocktail that I’m obsessed with, since I journeyed to the French Quarter hotel where it was invented for Episode 3 of “Drinkers with Writing Problems.” I downed one of the Shady Lady’s Vieux Carré this week, happily tasting that bona fide bravado the mixer’s known for in the Big Easy.

In a larger sense, the Shady Lady has the closest feel to a French Quarter bar as any establishment in Sacramento, reflecting those same chic and sinful red-light tones found in places like Saints and Sinners on Bourbon Street. Not coincidently, the Shady Lady also hosts some of the top jazz acts in the region. That includes the Element Brass Band, a talented group that harnesses New Orleans Second Line music, southern Trad jazz, old school R&B and funk – and then blasts it all out as a gumbo of Treme-style street sound. Catching the Element Brass Band at Shady Lady always makes for a spectacular evening. And the saloon continues to bring in other strong jazz acts, such as Untitl’d, who’ll take the stage tonight, Friday, Feb. 25 at 9 p.m. Further down the line, on April 7, Shady Lady will bring in Sacramento’s newest exciting jazz quartet, Tony Cole and the Stingers.

If I had to name another bar in the River City that reminds me of Louisiana, it would undoubtedly be the Torch Club. The place just exudes that sense of a weathered juke-joint along the Mississippi River, hosting acts from The City of Trees Brass Band – Sacramento’s other group of sterling ambassadors for New Orleans music – to Katie Knipp herself, whose innovative blues compositions are heavily influenced by the late Crescent City pianist Allen Toussaint. Knipp is getting ready to release a new live album in May, but if you want to hear some of the best flavors of Louisiana focused into Sacramento Delta blues, go to Bandcamp and check out Knipp’s song “Another Round” from Take It With You. Infused with French Quarter sunrises and gin-soaked dreams of a Toussaint, this sultry strut gradually evolves into a rowdy riverside brass-breakout. It’s soaring trumpet seances. It’s Devil-may-care trombone slides. It’s vocals that have sweet grit and steamy defiance – just like New Orleans itself.

As the Mardi Gras season gets underway in Sacramento, consider listening to music by our own great jazz or blues artists, grabbing some food from South or Tori’s Place, sipping a Vieux Carré at the Shady Lady, and just focusing on all there is to celebrate in this time-worn river city, a lesson that we can keep learning from the very oldest of America’s river cities.

Be the first to comment on "Editorial: From one river city to another, Sacramento has its pieces of the New Orleans magic"