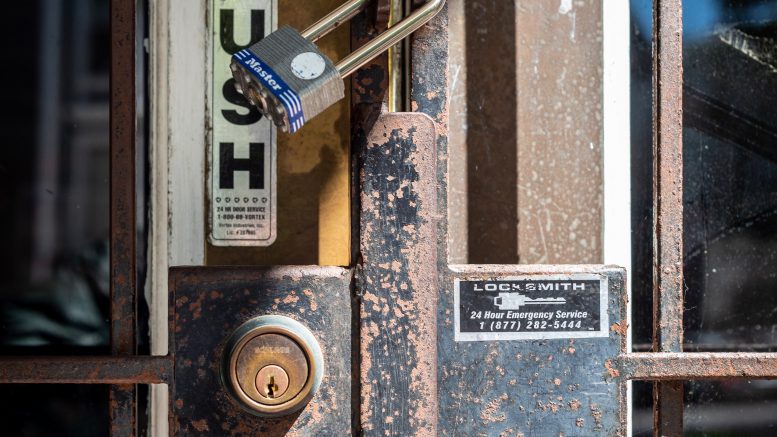 Sacramento housing advocates have spent the winter operating in an informational vacuum as they try to gauge just how much displacement occurred from an intersection of pandemic fall-out and the worsening affordable housing crisis.

While gathering solid data on mass evictions is never easy in California, the Sacramento Superior Court system has made it nearly impossible for the last four months, after it took down an online index of local Unlawful Detainer cases – or, evictions that go to court – just as the moratorium on forcing tenants out of their homes was allowed to expire.

According to Sacramento court officials, there were legal reasons for withdrawing the information and a new, paired-down version of the index will be up and running next week; but now advocates and elected officials alike are behind the 8 Ball as they try to figure out the level of impact that the last six months had on costing locals their homes.

The disappeared data was first brought to light by Johanna Heyer, a member of the Sacramento Tenants Union. Prior to the pandemic, U.D. case information could be accessed with little difficulty at a number of public kiosks inside the Downtown court house. Those kiosks have remained shut down since March of 2020. Understanding this was a transparency issue, the Superior Court put up its online index of U.D. cases as an alternative. Heyer began downloading and closely monitoring cases that were posted to that index after she herself experienced an eviction in Midtown during the pandemic. Heyer says that in January of 2020 she began reporting her landlord to the City for code violations, which prompted an ongoing conflict that eventually forced her to move out in the fall.

“I know it’s a very tough time to be looking for a place,” Heyer said of the COVID crisis. “In my case, I talked to a lawyer, and they said that Sacramento is the Wild West, and if I could get out without having to go to court, that would be best.”

The experience left Heyer deeply concerned about the plight of other tenants in the community. Knowing that U.D. cases are among the few concrete ways to spot recent evictions, Heyer began visiting the court’s online index almost every day to document what she found there.

“It’s an imperfect data set,” she acknowledged, “but I was interested in what it did show because this has been a hot topic during the pandemic.”

Heyer monitored the index between December of 2020 and the September of 2021. Then, last October, it vanished. It’s been gone ever since.

“There was just a generic message about it being down for maintenance,” Heyer said, “and then it’s down for four months. And it doesn’t say anything like, ‘In the meantime, you can make a public records request.’ No, it basically just says these cases are unavailable.”

The Sacramento Superior Court’s public information officer, Kim Pedersen, told SN&R that the I.T. department had determined there were data issues that needed to be addressed, and they were creating an entirely different online index on eviction-related information.

“The Unlawful Detainer cases are more complex than other cases because they’re first filed in place under seal; and until a judge makes a determination, the case can’t be public,” Pedersen explained. “So, it’s a situation where that information isn’t accessible right away … Our I.T. team determined that the index [that was up before] didn’t have the proper masking for cases that were in that feeling period. It’s now developed the proper procedures, which will be in the new index.”

Shanti Singh, Legislative Director for the statewide nonprofit Tenants Together, says Sacramento’s black hole of information speaks to a broader issue that housing advocates are having as pandemic-era protections expire.

“Information on how many evictions have happened has been almost impossible to get, because a lot of counties, if they records, they’ll give incomplete results – or they won’t give them at all,” Singh said. “And if you want that information, you have to basically go county by county. The judicial council should have some statewide view of how many Unlawful Detainers are being filed; but they don’ provide that, and I’ve talked to other journalists who haven’t been able to get concrete eviction data during COVID-19.”