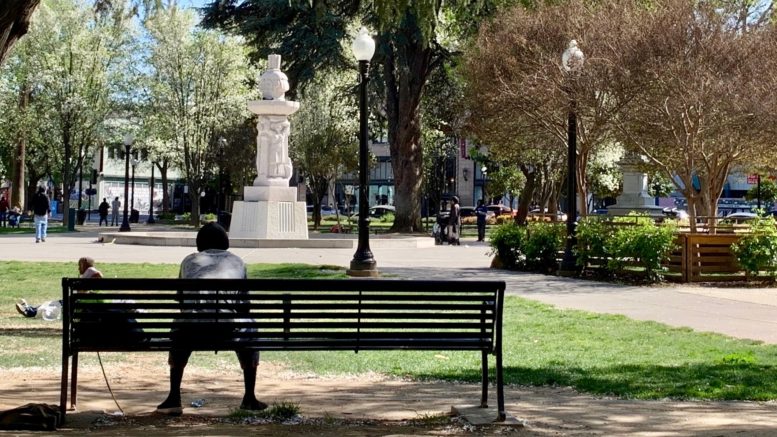 A new survey conducted by Loaves and Fishes suggests that the reluctance of many Sacramento-area landlords to accept Housing Choice Vouchers – better known as Section 8 – is crippling the ability of city and county officials to lift people out of homelessness.

At the height of the pandemic, the Sacramento Housing & Redevelopment Agency launched a new program aimed at leveraging CARES Act money to change that calculus. The agency hoped to get as many as a hundred new landlords involved in Section 8.

So far, SHRA hasn’t provided an update on whether the emergency money even made a dent.

Loaves and Fishes is the largest nonprofit service provider for unhoused people in Sacramento. It also typically plays a role in conducting the bi-annual Point in Time Count, the main data source for tracking the scope of homelessness in the region. Knowing that the PIT count is a herculean effort that takes nearly 1,000 volunteers, Loaves and Fishes became convinced last fall that it wouldn’t happen in 2021 due to COVID-19. In October, the nonprofit decided to have its staff and volunteers survey 236 of its guests. Loaves and Fishes also tapped U.C. Davis Associate Professor Ryan Matthew Finnegan to oversee its methodology.

The results, unveiled last week after lengthy review, showed startling trends around the city and county’s homeless re-housing strategy. It found that 35.9 % of people at Loaves and Fishes had income from either S.S.I. or S.S.A., and that 32.5% were currently on a waiting list for Section 8 housing. It found that the average time a person spent on the waiting list, hoping for a place to stay, was 16.5 months. Additionally, 28.5% of those voucher recipients had official help with their searches from housing navigators working for the city or county – and yet they were still on the streets.

“The 16.5-month average included the amount of time it takes to get an appointment to get on the wait list,” said Loaves and Fishes Advocacy Director Joseph Smith. “That means for a person to even be on the wait list, they’re already beyond the point of being chronically homeless … A 16-month average is obscene, and there are people who have been in this system for three years and are still waiting.”

Several years ago, when city and county leaders tried to determine the average wait time for using a housing voucher, the number they came up with was 120 days. The figure from Loaves and Fishes’ survey points to the wait now being orders of magnitude longer, which coincides with multiple data points indicating Sacramento’s affordable housing crisis has gotten acutely worse in the interim.

Housing advocates say there are overlapping reasons for the general lack of affordable units in Sacramento County, though policy has played a big role. In 2015, both the City Council and Board of Supervisors voted to eliminate a rule that mandated developers make at least 15% of any housing project be affordable units. Since then, builders have only been required to pay pennies on the dollar into an affordable housing trust fund, which in turn has produced almost no affordable units.

In 2016, the city council members, almost all of whom got the bulk of their campaign contributions from developers at the time, took this philosophy a step further, voting to allow Sacramento’s railyards project to be built with only 6% for affordable homes. The railyards project will be the largest urban infill development west of the Mississippi.

Now, as burgeoning homelessness intersects with the region’s lack of affordable housing units, public officials are trying to prevent both problems from getting worse, yet finding they have a dearth of physical roofs to work with. SHRA officials acknowledged as much in July when they asked the supervisors to approve a new landlord recruitment program for Section 8. Hoping to leverage CARES Act money, SHRA program director Sarah O’Daniel stressed that there were so few affordable rentals available in the area, that it was essentially a buyer’s market for landlords – and plenty weren’t enrolling in the Section 8 program.

The supervisors granted SHRA’s request to launch a temporary landlord recruitment effort. It included a $2,500 one-time bonus to any landlord who hadn’t participated in the voucher program in the previous 12 months to begin again; a $2,000 one-time bonus to those who’d left the program at any point but want to come back to it; a $1,000 one-time “no losses” bonus for landlords joining the program; and a guarantee of paying up to $2,500 in damages to a unit being used in the program, if that cost wasn’t covered by a security deposit.

During that July vote, O’Daniel said that SHRA was hoping to recruit at least 100 new landlords. As of press time, the agency had not provided an update on that goal.

Meanwhile, despite the sanitation and social distancing challenges that come with COVID-19, Loaves and Fishes is continuing with the most vital parts of its outreach, providing food, showers, medical care and survival supplies.

Smith told SN&R that the other findings from the survey he constantly contemplates involve 19.9% of guests having grown up in foster care, 25.8% having experienced homelessness as a child, and 31.1% reporting that they were abused in the home as a child.

“It shows the impact of childhood experience,” Smith said. “Inter-generational homelessness is alive and well – and perpetuating.”

Essay: Homeless crisis in Sacramento demands the ‘urgency of now’