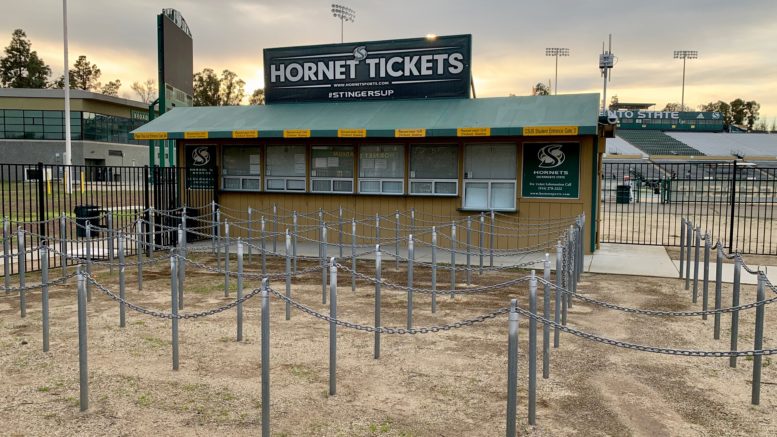 College life around Sacramento may not look entirely like it once did when the autumn colors start painting red and gold in the trees, but it should look far closer than it has since the COVID-19 disrupted higher education as we know it.

That’s according to the state’s two highest-ranking university officials, both of whom recently sat down for in-depth conversations with the Public Policy Institute of California, explaining why they’re so determined to return to in-person learning by the fall – and why they think it can actually happen.

Castro was tapped to lead CSU in late September and was immediately confronted with how the pandemic was affecting the college system’s 50,000-strong faculty and support staff, as well as half a million students. He tried to calm tensions early on by announcing there would be no tuition increases and no layoffs. Castro told PPIC President Mark Baldassare that the federal relief bills have played a role in CSU’s ability to hold that line.

“I do feel the stress that our students and faculty and staff, and their families – our entire state – is feeling,” Castro said.

Describing what that campus atmosphere might be like at Sacramento State in the fall, Castro stressed that masks and social distancing will probably be part of the equation. He noted that the leadership of each CSU campus will closely monitor COVID-19 conditions on the ground in case adjustments are needed.

Castro is a former professor of Family and Community Medicine at UC San Francisco. He’s made opening vaccination clinics on CSU campuses a key strategy in working toward the fall opening. More than half of state’s CSU facilities are now running clinics, including Sacramento State, which has deployed its health care and medical staff to administer the Pfizer vaccine inside the Student Union. Working in conjunction with Sacramento Public Health, that clinic is currently giving shots to health workers, first responders and people over the age of 65.

Castro says the clinics are important to getting CSU faculty and staff the protection they need in the coming months.

“It’s not going to be as clean as we’d probably want,” he warned of re-opening the campuses, “they’ll be some bumps along the road.”

Baldassare asked Castro how much California’s soaring unemployment and deluge of permanent business closers are weighing on CSU’s sense of urgency.

“The economic impacts of the pandemic in California have been falling disproportionately on low-income households, communities of color and women,” Baldassare observed. “Given occupation and industry, some people have been spared from the circumstances economically, and others have suffered greatly.”

Castro acknowledged that CSU has been an engine for economic mobility in California for years, which means it will have a major role to play in the state’s recovery.

He added, “We’re at an inflection point,”

On Feb. 18, University of California President Michael V. Drake also sat down with PPIC to discuss students returning in the fall. The UC system has 220,000 faculty and staff, and more than 280,000 students. Not all of them have been staying home. Drake explained that the UC’s health science departments and teaching hospitals have been operating during the pandemic.

“Sixty-five percent of our staff has been working throughout this,” Drake said. “So, we’ve always been ‘open.’”

This week, President Joe Biden announced he expects all American adults will be vaccinated by the end of May. Ongoing progress toward that goal has given Drake confidence that UC Davis will be back to in-person instruction soon, though there could be exceptions.

Like Castro, Drake was recruited to lead his college system right in the middle of the pandemic. Like Castro, he also has a medical background. Drake is a doctor who did his residency at Stanford University and later spent years at UC San Francisco’s School of Medicine. Drake believes the recent data and trendlines around COVID-19 leave plenty of room for optimism.

“There’s been a relatively rapid drop-off since the middle of January,” Drake said of the caseload. “We’ve seen in our own small, anecdotal sample size how the vaccines have affected the infection rate among people working in our hospitals …. We’re at about 1.7 million vaccine doses being distributed a day, and that I hope will go up as the Johnson & Johnson one-dose, non-cold chain vaccine becomes available. So, if we keep this rate, or a higher rate, of vaccinations moving forward throughout the rest of the winter and into the spring, then by the summer, the predictions would be that this will be largely controlled.”

Be the first to comment on "Sacramento State University, UC Davis, begin mobilizing plans for students to return in the fall"