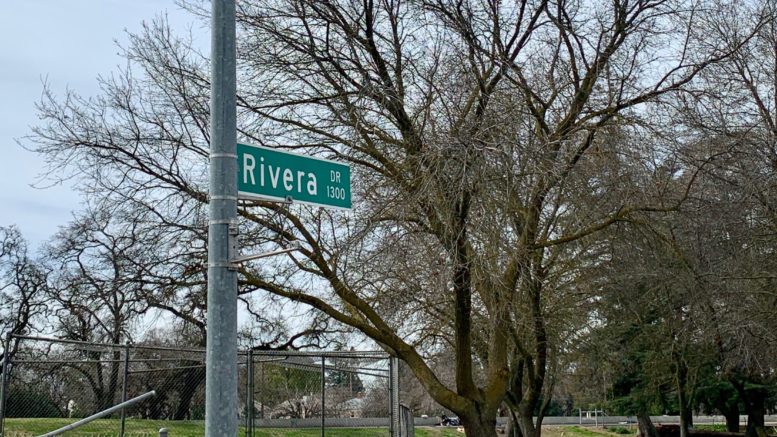 When Kevin Renfro thinks about $10 billion in unemployment benefits going to devious criminals rather than desperate Californians, his sense of exasperation goes beyond the average taxpayer’s. That’s because Renfro, a north Sacramento landlord, has reams of evidence on pandemic-related EDD fraud he tried to share with three different law enforcement agencies.

Someone has been filing unemployment claims under at least 40 different names, all while using the address of a house Renfro rents out on Rivera Drive. The landlord shared an extensive paper trail for this fraud with SN&R after his efforts over the last eight months to hand those documents to authorities were met with radio silence and a circular game of referrals between agencies who said it’s not their problem.

Whose crime is it, anyway?

Renfro says he first noticed something was wrong when the pandemic first hit. He shares a mailbox with his tenants at the property with two different houses on it. Renfro discovered an array of state Employment Development Department forms and letters continued arriving in the box throughout the spring, each addressed to a different name not associated with the property. He confronted his tenants, who denied they had anything to do with the correspondence. Renfro says he now believe this is true.

But someone was using the address to try to get EDD debit cards—cards that do not require identification to use at Bank of America ATMs.

Renfro started to worry that law enforcement might target him, so he gathered all the fraudulent mail he’d intercepted to turn it in. His first attempt was by calling the Sacramento Police Department, where he was transferred to a voice mail for detectives and left a message. No one called him back. A week later, he tried again by flagging down a Sacramento police officer on the street. Renfro says that when he tried to show the officer all the potential evidence, the officer wasn’t interested.

“He told me that this is an EDD problem, and they have their own unit for it, and that I should contact them,” Renfro recalled.

As the scandal became public, it became clear that EDD’s investigative fraud unit is small and reportedly overwhelmed by the number of pandemic-related crimes occurring.

The Sacramento Police Department has jurisdiction to investigate and make arrests for any violation of the California penal code occurring in the city, including fraud. The department did not respond to an interview request for this story.

As directed by police, Renfro tried calling EDD to report the fraud. He got a voice message saying that its office was temporarily closed due to COVID-19 and telling callers to send a fax. Renfro went to a FedEx store and faxed EDD a note stating he had evidence of major fraud, potentially $300,000 to $400,000 worth. No one from EDD ever responded, Renfro says.

Since he never found EDD letters that felt like they had debit cards inside, he’s convinced whoever committed the crimes was taking the cards from his mailbox before he intercepted them. Eventually, Renfro decided last May to go to the Sacramento District Attorney’s Office. He says a guard at the front window told him that the DA’s Office doesn’t investigate crimes, only prosecutes them, and that he should go back to the Sacramento Police Department.

The DA’s office does in fact have sworn peace officers who investigate crimes. It was an investigator with the San Mateo County District Attorney’s Office who last July first uncovered the massive scale of EDD fraud happening inside county jails. And Sacramento District Attorney Anne Marie Schubert was a driving force behind initially revealing the EDD fraud to the public in mid-November and assembling a multi-jurisdictional task force to stop it.

Sacramento Chief Deputy District Attorney Steve Grippi told SN&R this week that the timeline of events is important in understanding why Renfro was redirected.

“It is true that in the vast majority of circumstances, the District Attorney’s Office is not the initial investigating agency for potential criminal violations,” Grippi said via email. “Citizens who contact District Attorney’s Offices requesting an investigation into alleged criminal conduct are typically directed to the appropriate law enforcement agency with jurisdiction over the type of crime and the location of its occurrence.”

“In May of 2020, the primary agency with investigative authority for allegations of EDD fraud would have been the Employment Development Department,” Grippi added. “In November of 2020, when District Attorney’s Offices became aware of the extent of EDD fraud, in particular involving inmates and prisoners, it was determined that a special Task Force was needed to address this epidemic of criminal activity.”

Following what he was told at the DA’s office, Renfro reached out to Sacramento police again. He says this time an officer told him to report the crimes to the U.S. Postal Inspection Service.

Renfro took his collection of evidence to the post office on Royal Oaks Drive in Sacramento because he’d been told postal inspectors were stationed there. But Renfro says when he asked to speak to an inspector, a supervisor told him that it wasn’t clear if any were there at the moment, and that he should call their 800 number instead.

“Then I asked the postal worker to stop sending EDD mail to my address because it’s fraud,” Renfro remembered. “He informed me that they could not, on my word, stop sending items to my house. I told him, ‘We need some common sense here. Can’t you just tell someone to come over and talk to me?’ He said, ‘No, call the 800 number.’”

By this point, Renfro was hardly surprised when the phone number option didn’t pan out. He says he was put on hold for a long period of time, and when someone finally picked up, they immediately transferred him to customer service, where he was put on hold again.

“I was just beating my head against the wall,” Renfro said.

Matt Norfleet, a U.S. postal inspector, told SN&R that it sounded like Renfro got caught in an unfortunate communication mix-up and that there were numerous EDD fraud tips coming in.

“Given the volume of concern people had around EDD fraud-related mail they were seeing last year, I’m sure not every person reaching out got an individual response,” Norfleet said. He encouraged people to report suspected fraud by calling (877) 876-2455 or visiting uspis.gov/report.

For Renfro’s part, the run-around with the post office was the final straw. He essentially gave up trying to report the fraud.

When Schubert and other district attorneys first unveiled how much in unemployment benefits were going to county jail and state prison inmates, they stressed that EDD’s leadership knew that 25 other states were cross-referencing data to prevent inmates from filing for unemployment. But EDD officials declined to adapt that software, despite appeals from law enforcement officials

“EDD’s data show that out of a total $111 billion paid during the pandemic, from March 2020 through December 2020, it paid about $10.4 billion for claims that it has since determined could be fraudulent,” Howle wrote in a report. “These payments happened despite warnings from the U.S. Department of Labor to states at least twice in the early months of the pandemic … Despite these repeated warnings, EDD did not take prompt action to enhance safeguards against illegitimate benefit payments. EDD did not make any substantive changes to its fraud detection practices until late July 2020—four months after the pandemic-related shutdowns led to a surge in UI claims.”

EDD’s failure to promptly help to thousands of out-of-work Californians, while funds were simultaneously flowing to convicted murderers, rapists and gang members, has become one of several flashpoints in the ongoing drive to recall Gov. Gavin Newsom from office.

While Renfro may not have gotten the attention of the Sacramento police or district attorney’s office, those agencies did team up for an EDD fraud arrest last week.

According to authorities, in mid-January the police’s North Gang Enforcement Team searched a house in the Greenhaven area where officers discovered several illegal assault weapons with extended magazines, handguns and $1,100 in cash. They also found 15 EDD debit cards with various names on them and a red notebook with a list of 55 profiles with names, dates of birth, Social Security numbers and  user names and passwords associated with EDD accounts, police said in a statement.

After further investigation, DA investigators and police SWAT arrested 25-year-old James Smith and 21-year-old Chyna Hill on Feb. 19. They were charged with 23 counts of unemployment fraud and 10 counts of identity theft.

“Unfortunately, the circumstances of this arrest, as shocking as they might be, do not represent an outlier in EDD fraud investigations,” Schubert said in a statement. “Law enforcement personnel are frequently discovering EDD fraud associated with violent criminal activity as well as drugs and weapons offenses. In some cases, it is clear that the EDD fraud is providing a direct catalyst for the violence or funding the means to carry it out.”

If that’s the case, Renfro hopes her office will be more receptive the next time a concerned citizen tries to report EDD fraud.

“It’s a horrible thing,” he said of his frustrating experience. “I started asking myself, ‘Why do this? Nobody’s interested.’”

Be the first to comment on "Sacramento man repeatedly tried to report wide-scale unemployment fraud, but was ignored by multiple agencies"