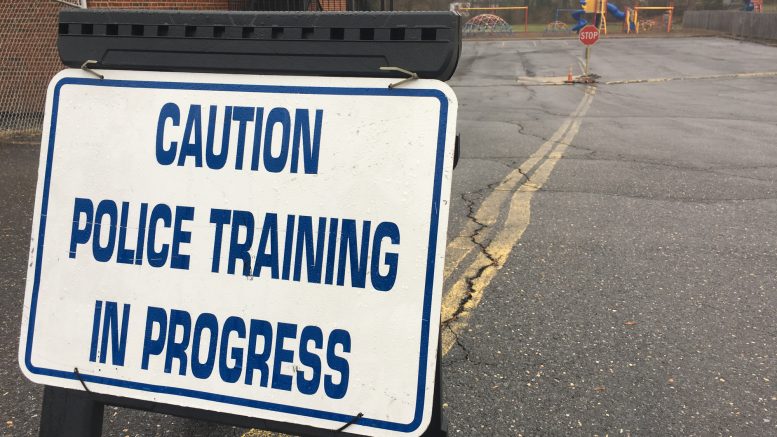 For the second time in two years, a Sacramento cadet is dead after collapsing in boot camp, raising questions about the safety of law enforcement academies and the lack of oversight governing them.

Mulwa James Sumbi, 22, of Fair Oaks became unresponsive while participating in “an intense workout” on Sacramento State University’s soccer field the morning of Aug. 28, a pathologist determined in a report obtained by SN&R.

Sumbi was training with the college’s Law Enforcement Candidate Scholars’ program, an academy partnership with the Sacramento Police Department and California Highway Patrol—one that is intended to serve as a pipeline into law enforcement for the scholars who enlist.

Less than 30 hours after Sumbi lost consciousness on the soccer field, the well-liked police recruit was pronounced dead at Mercy General Hospital, the pathologist’s report shows. Based on medical records, the pathologist concluded that Rhabdomyolysis, a syndrome involving the rapid deterioration of muscle fibers into the bloodstream, caused Sumbi’s heart, kidneys and liver to fail.

“No suspicious circumstances were found,” the pathologist wrote in her report for the Sacramento County Coroner’s Office. “Based on the circumstances and cause of death, the manner will be listed as Accident.”

While the coroner’s office ruled out an autopsy, the pathologist didn’t determine what preceded the catastrophic muscle erosion. Sumbi’s family has expressed interest in having an autopsy performed, SN&R learned from two sources.

The young cadet’s death is the second in two years for Sacramento academies, and it occurred at a soul-searching moment for the law enforcement profession, which faces intense scrutiny over the unpunished killings of unarmed Black people and a seeming litany of unprovoked attacks on peaceful protesters.

Yet even as some law enforcement officials describe a pathway from criticism to violence against those on the force, local officials are saying very little about protecting the next generation of cops.

Sac State’s Law Enforcement Candidate Scholars’ program, known as LECS, bills itself as “a 21st century solution … expressly designed to eliminate challenges and barriers that face women and men seeking opportunities in law enforcement.” Its version of an academy encompasses one year of workshops and physical training and another one to two semesters of internships and training with either the Sacramento Police Department or CHP.

The training program is open to full-time juniors and seniors with at least a 2.5 GPA, as well as some recent graduates.

A GoFundMe campaign raised more than $9,900 for funeral costs and medical expenses since Aug. 30. “The doctors don’t know the cause of death and why it was so severe but would like to proceed with an autopsy to hopefully find more information,” the page states.

The childhood friend told the college newspaper that Sumbi suffered dehydration and massive organ failure. The Sacramento region was still under a public health advisory to avoid wind-driven wildfire smoke the week that Sumbi collapsed.

The state division of the federal Occupational Safety and Health Administration, better known as Cal/OSHA, isn’t investigating Sumbi’s death because the incident wasn’t reported to the agency as a workplace fatality, explained spokesman Luke Brown.

“It seems as though Mulwa James Sumbi would’ve been a student at Sacramento State and not an employee in this instance, and Cal/OSHA is only involved in employee-employer matters,” Brown said in a voice mail.

In an emailed statement to SN&R, Sacramento police spokeswoman Sgt. Sabrina Briggs explained that Sumbi had graduated from the LECS program and was already in the department’s hiring process when he experienced the medical emergency while working out with current LECS students. Police personnel were on scene and “immediately began rendering medical aid while requesting medics,” Briggs wrote. Sumbi was transported to a hospital where he later died.

The police department offered its condolences to Sumbi’s family and referred questions about the LECS program to Sac State.

Sumbi died roughly 15 months after a 30-year-old sheriff’s recruit collapsed during a similarly intense training exercise in Rancho Cordova. Both deaths reveal that the state agency that sets basic training requirements for future officers is entirely hands off when it comes to how those standards are applied.

On June 19, 2019, Eric McGinnis Jr. collapsed during a training exercise at the Sacramento County Sheriff’s Training Academy in Carmichael. The 30-year-old recruit from Elk Grove died of cardiovascular and respiratory system failure, the result of “[p]otential environmental exposure,” according to a Cal/OSHA investigative summary obtained through a public records request.

Cal/OSHA only conducted a cursory investigation because it didn’t consider McGinnis, who was paying to attend the academy, an employee of the Sacramento County Sheriff’s Office, a spokesman told SN&R. As a result, Cal/OSHA didn’t determine whether the sheriff’s office or its academy violated any workplace safety regulations.

The coroner’s office didn’t perform an autopsy on McGinnis, a Franklin High School football star credited with nearly 5,000 rushing and receiving yards, 100 tackles and a max bench press of 230 pounds.

An anonymous complaint launched an internal affairs investigation into the circumstances surrounding McGinnis’ death; the results are unknown.

So who’s responsible for ensuring the health and safety of cadets and trainees at policing academies around the state?

Academies under the honor system

The most likely candidate, the California Commission on Peace Officer Standards and Training, sets the minimum selection and training standards for aspiring law enforcement officers in the state, but doesn’t require academies to report injuries or deaths to it. Nor does it evaluate academies when such incidents happen.

In other words, POST, as it’s known, is in the dark about whether academies are run safely or not, numerous law enforcement professionals told SN&R.

SN&R obtained a copy of an anonymous complaint to the inspector general that alleged McGinnis collapsed while participating in a “sustained confrontation” exercise during a hot afternoon and that medical care wasn’t summoned quickly enough.

A few former sheriff’s employees told SN&R they didn’t think the department was responsible for McGinnis’ death and cited the fact that it organized a funeral procession befitting a longtime employee.

Evenson told SN&R at the end of April that he was still waiting on medical records to complete his review of the incident, but said there may never be an answer to why someone so young and physically fit suddenly collapsed.

“We may never get an answer why this kid passed away,” he said. “It doesn’t make sense, really.”

Evenson added that it’s pretty common for recruits to get injured, because policing is a physical job that requires applicants to be physically challenged, but that the sheriff’s academy didn’t appear to be a source of an an abnormal number of injuries.

“What I’d want to look at is if you’re having a really high number of that occurring, that would be a red flag,” Evenson said. “Are we preparing these people properly? All those things are good questions that we should be examining.”

LECS’ Facebook page acknowledged Sumbi’s death in a brief post last month, one that didn’t explicitly identify him as one of its scholars.

The LECS program and its director, Shelby Moffatt, didn’t respond to SN&R requests for an interview. Moffatt is listed as a part-time faculty member of the school’s criminal justice program.

The GoFundMe page for Sumbi closed with a friend’s description of the would-be police officer:

“For anyone that didn’t know him I just wanna say this young man wanted nothing more than to make friends, make people laugh and enjoy peoples company. He loved making friends and to him everyone was a friend. Thank you to everyone I know how much he meant to you guys.”

Be the first to comment on "They wanted to join the force. They died trying."