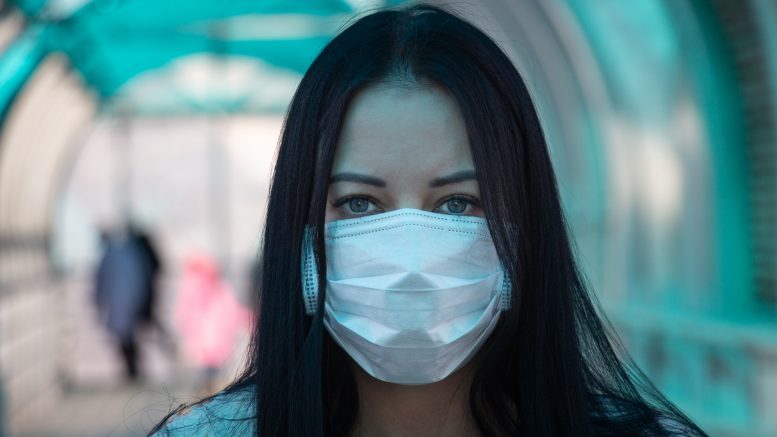 Editor’s note: With little enforcement, will peer pressure be enough for Californians to do the right thing?

Gov. Gavin Newsom hoped that public pressure would be enough when he ordered Californians to wear masks in public places on June 18.

And with COVID-19 cases spiking in much of the state heading into the Fourth of July holiday weekend, he still isn’t declaring enforcement specifically targeting masks.

He did announce June 24 that the state will deploy targeted multi-agency “strike teams” to more broadly enforce public health orders, including at workplaces, for repeat violators who just “thumb their nose.”

He acknowledged, however, that enforcement is difficult and is mostly a local responsibility. “I’m not coming out with a fist,” he said.

Newsom also said that indoor operations in restaurants, wineries, movie theaters, museums will be closed again in all counties on the state watch list for at least three consecutive days. As of Wednesday, that includes Sacramento and 18 other counties, and he said the new restrictions will last for at least three weeks.

He also said that parking lots will be closed at all state beaches in Southern California and the Bay area for the July Fourth weekend, and urged the 19 counties on the watch list to cancel fireworks shows, which Cal Expo has already done. And he asked Californians to avoid gatherings for the holiday; health officials say that private parties with people outside immediate households are spreading the virus.

“I implore you to wear your own face covering,” Newsom said, urging Californians to do so even though they’re not likely to be cited. Wearing a mask, he said, shows toughness and resolve and that you “give a damn.”

On June 22, the governor brought in the big guns to put on the hard sell on masks. His office posted a video that featured himself and former Govs. Jerry Brown, Arnold Schwarzenegger, Gray Davis and Pete Wilson—all urging everyone to don masks, regardless of partisan politics.

But will official pleas and peer pressure be enough to persuade residents?

While public health experts say wearing masks will make a huge difference in reducing the spread of COVID-19, in Sacramento County and across the state, you’re not going to be cited for a crime if you refuse.

The Sacramento County Sheriff’s Office quickly declared on June 19 that deputies won’t be enforcing the mask mandate “due to the minor nature of the offense, the potential for negative outcomes during enforcement encounters, and anticipating the various ways in which the order may be violated.”

Instead, Sheriff Scott Jones said, deputies will “continue to operate in an educational capacity in partnership with the County Health Office.”

While the press release said the sheriff’s office recommends wearing masks, especially around high-risk individuals, even its employees will comply only “to the extent feasible.”

The Sacramento Police Department also says it’s focusing on education, rather than enforcement.

The Sacramento County District Attorney’s Office says it encourages residents to comply with public health orders, and any citations for mask violations will be handled on a case-by-case basis.

“Although we are aware that many law enforcement agencies throughout the state have indicated that they do not intend to enforce this public health order, our job is to examine those cases that are submitted to our office for prosecution,” Chief Deputy District Attorney Steve Grippi said in a statement Monday. “If any case is referred to this office, we will independently review the facts and law before making any filing decision.”

Law enforcement took a similar approach when the stay-at-home order was the strictest.

Sacramento County Public Health also says it is emphasizing education over enforcement, for both residents and businesses. The agency says that the county environmental management department and soon-to-be-hired public health navigators will work with small business owners and employees on how to meet the new guidelines. As of June 19, those businesses include nail salons and tattoo parlors, which were allowed to reopen.

On June 25, Sacramento Regional Transit announced it is requiring people waiting at bus stops and light rail stations and riding on buses and trains to wear masks. Starting June 29, it says it will deny service to those without masks.

The stay-at-home order was being loosened even as case counts rose. But after a spike Newsom on June 28 ordered bars to close again in seven counties and recommended they close in eight others, including Sacramento. County public health officials confirmed that order on June 29, even though they say many of the infections are happening at private social gatherings, such as birthday parties, where requiring masks could be even more difficult.

As of July 1, Sacramento County had passed 3,200 total cases, with 68 deaths. Statewide, the death count is nearing 6,000 with 223,000 total cases; the number of coronavirus patients in hospitals over the weekend exceeded the peak in late April.

In its June 19 order, Sacramento County public health aligned with the state order announced by Newsom: Masks are required in public spaces indoors, in any health care facility, on public transit, in common areas of private workplaces and outdoors when keeping a safe distance isn’t possible. There are only a few exceptions.

“A growing body of scientific research has shown that people with no or few symptoms of COVID-19 can still spread the disease and that the use of face coverings, combined with physical distancing and frequent hand washing, will reduce the spread of COVID-19,” the county order says.

But too often these days, people ignore the science—even if not wearing a mask puts their health or others in danger.

And even five governors might not be able to overcome that.