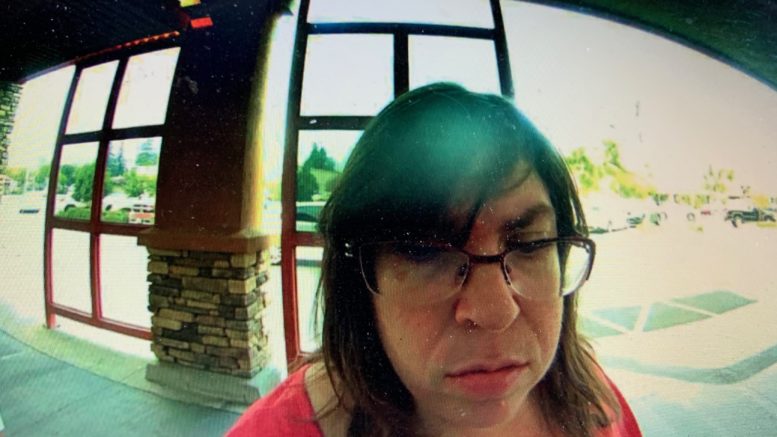 South Placer woman allegedly took out an unemployment claim under the name of a U.S. senator

Prosecutors have started what’s expected to be a years-long effort to bring people to justice for preying on pandemic victims and defrauding taxpayers on a scale never before witnessed in California.

Whether the criminal activity will eventually pencil out to losses of more than $2 billion in state and federal unemployment funds, as was predicted by Bank of America officials in December, won’t be known until investigators from Kern County to the northern Sierra have finished their daunting caseloads. But a number of individuals have already been arrested for bilking the California Employment Development Department, and their cases offer an early look at how the fraud worked.

While much of the EDD fraud is believed to have been carried out by prison inmates and criminal networks, one recent arrest highlights that not all suspects fit into that mold. On Dec. 1 federal authorities were contacted by Bank of America investigators about an unemployment claim being opened under the name of U.S. Sen. Dianne Feinstein.

Whoever created the profile had done it from California, and had also opened 16 other profiles with EDD and the bank under different names, all “linked by a single residential address or email address,” according to a federal affidavit.

Bank investigators further determined that 21 EDD debit cards were issued to the names associated with those profiles. Early in the pandemic, Gov. Gavin Newsom had sung the praises of how easy these debit cards were to use. Out-of-work Californians simply apply for them online, receive them by mail and can use them to withdraw cash at any Bank of America ATM. There is no in-person verification process for using the cards.

Utilizing phone records and computer forensics, investigators allegedly linked each of the fraudulent profiles to Andrea Gervais, 43, of Roseville. Special Agent John Collins of the U.S. Department of Labor discovered that Gervais had been an office assistant at EDD between 2010 and 2018. According to Collins’ court filings, Gervais was fired from that job on the suspicion she’d tried to commit fraud with an EDD money order.

In what seemed like an unrelated case at the time, detectives from the Roseville Police Department arrested Gervais in January 2020 for fraud and identity theft. Those charges were dropped the following month, though Collins later discovered that some of the fake EDD profiles were opened in the names of real identity theft victims.

“On or around Aug. 25, 2020, a claim was filed in the name of victim J.M.,” Collins wrote in his affidavit. “The claimant’s street address was listed as [Gervais’s address]. On Dec. 3, I spoke to J.M., who stated that they have worked continuously for U.S. Customs and Immigration Services throughout the pandemic and have never filed for unemployment insurance. Furthermore, they did not authorize anyone to file a claim in their name.”

Federal prosecutors say that at least 12 claims were processed for the profiles set up by Gervais, and more $200,000 in unemployment benefits were paid out to her Roseville address via debit cards. Gervais was also allegedly caught by bank security cameras using one of the illegally obtained debit cards at an ATM. She faces federal charges of conspiracy to commit mail fraud and aggravated identity theft. If convicted of both, she faces a maximum of 20 years in prison.

Guns and someone else’s relief funds

Walter Lee Dawson, who has twice been convicted of burglarizing homes, was out of luck when authorities decided to check whether he was following the terms of his probation. Sacramento sheriff’s deputies and county probation agents visited Dawson in December, allegedly catching him in possession of a Glock pistol with its serial number scratched off, a cache of ammunition, $58,000 in cash and a set-up for distributing black market marijuana.

If that was all that authorities found, it would have been just another day on the compliance beat. But deputies also uncovered a stack of EDD debit cards with different peoples’ names, along with 20 additional EDD documents.

The Sacramento District Attorney’s Office was contacted, which in turn assigned its task force investigators, who are working in conjunction with EDD’s small anti-fraud team. DA spokeswoman Shelly Orio later announced that Dawson had been charged with stealing some $219,000 in EDD funds. County prosecutors filed nine charges, in addition to the probation violations. Dawson faces a maximum of 19 years in state prison.

Sacramento D.A. Anne Marie Schubert was one of the first elected officials to raise alarm bells about massive EDD fraud unfolding in the state prisons. She and El Dorado County District Attorney Vern Pierson have stressed that even in late December, EDD was continuing to pay unemployment benefits to prison inmates and parolees, even after being notified of their fraud.

The department insisted it could only cancel benefits if official charges were filed in court. The process to file charges on each individual scammer often requires a lengthy investigation.

“Speaking as a county, we cut off welfare benefits to people who are in our jails, and we have a system in place,” Schubert said during the late December press conference that caused a firestorm of criticism of EDD leaders and Newsom. “Turning the spigot off means we expedite that imposition.”

Luxury spending from the women’s prison

Sholanda Thomas, a 36-year-old inmate, and Christina Smith, a 37-year-old parolee, allegedly worked together on a “bundling” operation: Thomas gathered the names, birthdays and Social Security numbers of fellow prisoners and transferred the information to Smith on the outside. Smith is accused of filing a number of fake unemployment claims with the inmates’ stolen names, claiming each was a hairstylist who had lost her job because of the lockdowns.

The scheme worked. Smith is accused of netting more than $200,000 in EDD funds via debit cards that were sent to her. When announcing Smith’s arrest, federal prosecutors said that she’d spent some of the ill-gotten money on cosmetic surgery. They also said Smith was saving Thomas’s share by putting it aside in a shoebox. Their caper was ended by investigators who listened to recorded phone calls from the prison and intercepted emails.

Both women have been charged with conspiracy to commit mail fraud and aggravated identity theft.

The announcement of Thomas and Smith’s arrests came with a statement from Kathleen Allison, secretary of the California Department of Corrections and Rehabilitation. She promised that her agency’s investigators would continue to work closely with county detectives and the federal agents until the EDD crimes had been reined in.

“There are so many Californians that have been impacted by COVID-19, and we have no tolerance for anyone who tries to defraud the hard-working people of this state,” Allison said. “We want to thank U.S. Attorney McGregor Scott and all of our partners for the shared commitment in neutralizing fraud in the state’s prisons. We will continue to use every tool at our disposal to hold accountable those who break the law.”

Be the first to comment on "Former EDD worker from Roseville, Sac probationer among first arrested in billion-dollar unemployment fraud"