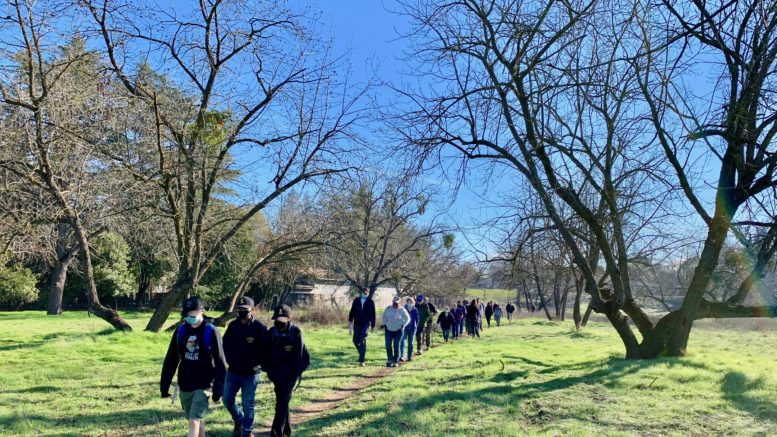 Re: “Rancho Cordova residents rally to save one of the city’s last pieces of open space” by Scott Thomas Anderson (News, Jan. 27):

I thank the good residents of Rancho Cordova for trying to save this amazing piece of land for future use by their children and their children. Land lost is lost forever! This is a quote from Gary Mann, one of Folsom’s past park commissioners.

Ridiculous. I sure hope they will find a way to spare this land. The fact that there are remains on the site of our First Nations people bothers me. They should not be disturbed.

Re: “No reason to expand human cages” by Tifanei Ressl-Moyer (Essay, Jan. 25):

We need mental health facilities! Jail should not be how these people are treated. Also, if you want to help the homeless, a good majority of them have mental health issues and that is why they are homeless. People automatically say it’s from drug and alcohol abuse, but that is not true. These people have no way to receive the care and medication that they need.

He’s already eliminating jobs, 11,000 on the chopping block just from the pipeline. If minimum wage increases, more than 3 million jobs gone, at least.

Caitlin Johnstone has the right idea: Counter Trumpism by ending the conditions that created it, not with authoritarian policies. Everything else is a distraction.

Much to unpack in that letter about white supremacy. Phew. I will just say that if you’re ever tempted to refer to your own race as “non-diverse,” it might be useful to examine why you assume that you are the standard/baseline variety of human.

All levels of government have surplus agencies that send old or even brand new unused equipment to to be resold at an extreme discount to the public, or even given to other agencies on a signature request. My point is that all of these items should go through a review to see what could be used to help the homeless. And with proper promotion, these items could be used to help raise money to ease the problem.