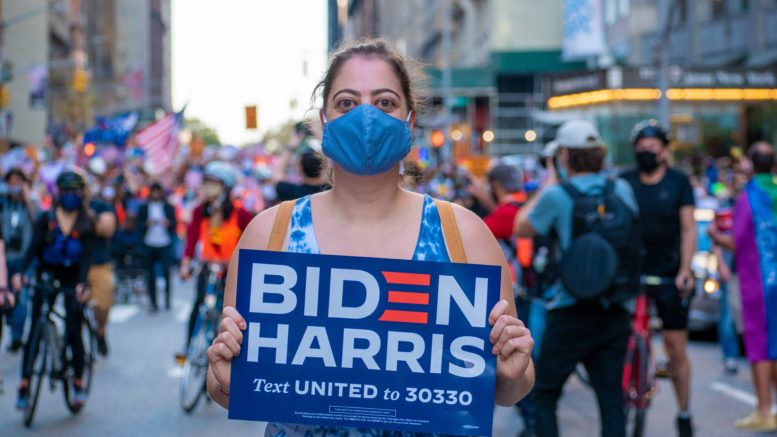 Photo by Rom Matibag on Unsplash

No justice, no healing

Where’s the part where [President Biden] talks specifically about bringing justice to every one of the criminals who have run rampant over the last four years?

Just a little feedback from the other side of the aisle: “We must root out extremism and white supremacy.” I am not a white supremacist, but we cannot go about making thoughts crimes; this is not 1984 brought to reality. Further, you will not end white supremacy by continually touting the fact that you are bringing in people from all over the world and championing “diversity” because that message is explicit in making those “non-diverse” people the enemy and the people specifically targeted for racial/gender discrimination by these initiatives. If you want to people to stop identifying as their gender or race, stop constantly pushing narratives about race and gender. It is inflaming the situation, not healing anything.

Excellent! Love to see editorial cartooning thriving in this post-Trump era (had to take that phrase out for a spin). As if politicians and politics would somehow cease to be lampoonable.

They’ll need to do an audit; these people are crooks. Melania [Trump] is being investigated for the missing inauguration money.

Couple of things (and I’m not a Trump supporter). If [House Speaker Nancy] Pelosi wants to see a “real” insurrection, she’s going about it the right way. If they remove Trump prior to the inauguration, Pence becomes president, for a short time, and will pardon Trump.

You cannot be pardoned for a conviction associated with impeachment. Trump’s gonna have to eat that L for the rest of his days.

Although Trump did incite the mob that breached the Capitol, he managed or calculatingly threw in a few words of peace too prior. I am not sure he should be impeached for inciting. Perhaps most egregious or treasonous was the response to the break at the time it happened. Maryland had to wait for hour or more to move troops. Why did they not get the OK earlier? Why did he not instantly demand the end to violence? Investigation into the response is essential.

May Sacramento and it’s beautiful Capitol remain a protected sacred town. Most Democrats, Republicans and other party members want to see peaceful democracy.

I received an email from [Sean] Lololee condemning the violence almost immediately after the event at our Capitol. Don’t know why you want to make it seem like he didn’t care as well as the two new women.