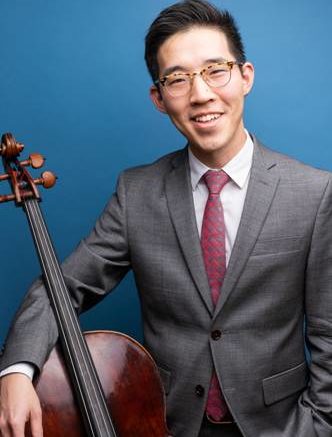 On Feb. 4 at 8 p.m., Davis community staple Watermelon Music will hold a virtual concert by noted musicians Eunghee Cho and Joy Yanai. Cho and Yanai will be performing “Danzas Latinoamericanas” by composer José Elizondo. Cho, who grew up in Davis, offered to perform to help the store while most school music programs are on hold. Watermelon’s hope is to use the performance as a test run for a recurring local concert series. While the concert is free, donations will be accepted at http://gofundme.com/watermelon-music-fundraiser. Harry Greer, Watermelon’s orchestra department manager, talked to SN&R about what life is like at Watermelon nowadays and how the fundraiser came about.

Please tell me about Watermelon Music and how long it’s been in Davis.

Watermelon’s gone through a couple of different names. It has been in Davis for over 20 years…I’m a local Davis-ite and have been in local bands my entire life and [Watermelon] has supported local music in a way that’s hard to even wrap my mind around….We’ve helped get school music programs going in the area, like a huge amount. We just supply everyone with like a lot of really cool, knowledgeable staff.

Can you tell me the circumstances that led to the fundraiser?

There is a local cellist who grew up in Davis and has been coming to Watermelon Music since he was a little kid who’s now a big-name cellist and his name’s Eunghee Cho. He has started a group called the Mellon Music Festival. And he approached us in December, [saying] “Hey, I’m in town. You guys have helped us out so much” because we have done benefit concerts for them in the past. And he [said], “I would love to give you guys a fundraiser concert.” And so we came up with this idea for a virtual concert. It’s definitely the most legit video we’ve ever made so it’s pretty exciting.

How is this fundraiser video going to be different from the videos you make for social media?

How can people watch?

All they have to do is email us at watermelonmusicdavis@gmail.com, and just let us know that they want to see it…We’re going to email the link to them, so that they can watch. It’s totally free to watch it. But we do have a GoFundMe if they do want to donate. And the donations go to keeping Watermelon healthy. We’re [also] hoping that this concert is popular enough that we can do this at least once a month, and start having it be for the local community. The next one wouldn’t be a fundraiser, it would be like the beginning of a series of virtual concerts for everyone.

We don’t want to worry our community too much like things are definitely hard…Well, the lifeblood of our whole business model is our rental program. We rent tons of instruments to the kids in the schools and everything….We’ve got [significantly fewer] kids…renting instruments from us. It’s just, you know, learning violin via Zoom is definitely pretty difficult for sure.

Do you have students trying to do that?

That’s how the Music in the Schools Program is working, entirely virtual. And so they’re doing their very best, and if there’s anyone that can figure it out it’s definitely Yolo County music teachers. But it’s hard. It’s a steep, challenging learning curve even when you’re playing in person. It’s no small task, which has definitely culminated in a lackluster rental season, that’s for sure.

How is Watermelon doing right now?

So right now we’re floating. It’s hard to tell exactly where everything is. We’re making ends meet at the moment. But we’re missing a large chunk of our revenue that we usually have through our rental programs. Our recital space…is of course totally, totally empty, and our music studios, which take up half the building, roughly…We’re still selling a lot of stuff, so sales are pretty much where they were mostly because there’s a lot of people saying, “I’ve got time on my hands. I’ve always wanted to learn guitar. So now’s the time to pick it up.” So that’s been really cool.

Davis [is] a very good place for music, because a lot of people are willing to step up and buy things and, you know, help us however they can. So we’ve definitely got some intense holes in our revenue streams right now. But at the moment sales and just, just the kindness of our patrons has been keeping us alive. Things are hard, but we’re not in imminent danger of closing. The fundraiser is partially just because it was an opportunity given to us, but also because we’re hoping to start doing some kind of more intensive concert program series for the community to try and help local Yolo County and Sacramento people get some kind of virtual gig going in our space and everything. I’m optimistic. As hard as it is missing the things that we’re missing at the shop at the moment, it’s still feeling optimistic to me.

Be the first to comment on "Fifteen Minutes: Harry Greer, Watermelon Music"