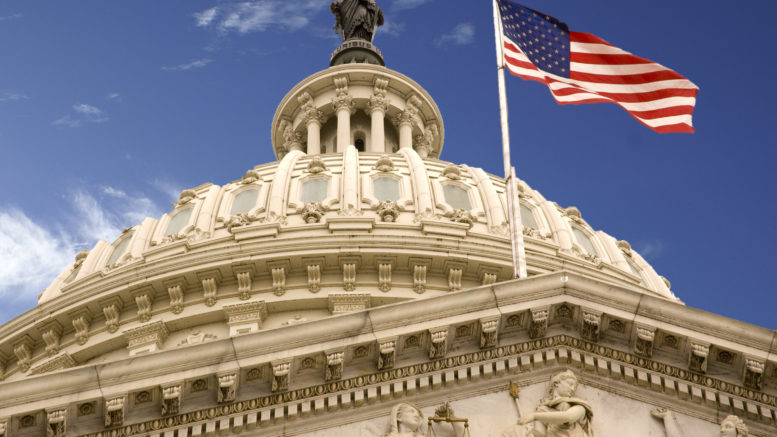 American democracy was tested again at the U.S. Capitol on Wednesday by rioting supporters of President Trump and by his allies in Congress. (Photo from Wiki Commons)

Damn right. Trump is directly responsible for what’s happening right now. He was warned that this rally could turn violent, and still promoted it. He spoke at that rally and basically incited violence. Attempting to overthrow a valid election with no evidence of fraud is textbook terrorism. If this was BLM, protesters would be under siege already.

I believe the Republicans in Congress hold all the responsibility as they let Trump rise to power in the first place.

I could not agree with you more, but my reasoning is the polar opposite. The Quislings in Congress have allowed the massive election fraud to happen without a proper investigation. Our elected officials are not legitimate and no amount of “shut up racists” is going to change the minds of the 74 million people who voted for Trump in the 2020 election.

I am really shocked at how quickly the Left has embraced authoritarianism. Can’t you even be a bit retrospective and see the end results of your liberal policies when there is no conservative movement to slow them? No better example exists than California. Liberals control everything from governor to dog catcher and the state is failing: poverty, income inequality, homelessness soaring, schools failing, industries fleeing, drugs and feces lining the streets of once beautiful cities. Why would you think the rest of America wants that vision?

Some Republican senators, as well as all living former defense secretaries, have issued statements basically saying the results of the presidential election have been satisfactorily vetted and that the time to move on with the new president-elect and the sound governing of our nation has now come.

In our country, news gets reported and some candidates and elected officials have learned how to create news and so game the system, some very well, as we have proof. Why senators and congressmen act as they sometimes do—on both sides—I think may be due to the fact that they function in too cramped of a quarters for too extended a period of time. Situations like this can give rise to group psychoses. The Stockholm Syndrome comes to mind if abusive behavior is involved. Folks need to get out sometimes, I think, stretch their arms and their legs, get some fresh air.

A president who is “tough on crime” to replace the “president” who’s a criminal. The end is nigh.

Be the first to comment on "Letters: Trump, Capitol insurrection"