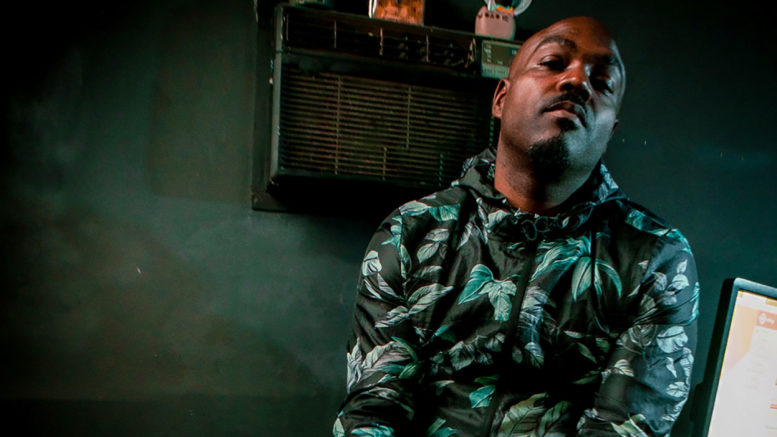 Joha Harrison has spent the past decade photographing the street, but it all started with some giant grapes

“There was a store where I grew up. It was like a Costco, but it was just a regular store. In the distance you would see these big photos of grapes, so big that you can’t miss it,” says Joha Harrison. “As a child, seeing that… subconsciously I was like, ‘Wow, I think I want to do that.’”

Harrison was only 5 years old when he became infatuated with those massive photos of grapes. He says that memory stuck with him until high school when he began to take up photography, using disposable cameras he bought at the grocery store where he worked in Louisiana.

If you’re sensitive to what’s happening, you can almost be in the same shoes as a person. Then once you’re there, you can take the photo as closer to its truest form.

Around the same time, Harrison’s family moved to Georgia, where he attended college, focusing on criminal justice. “Honestly, when I was going to college, photography wasn’t even on my mind,” he said.

It wasn’t until he joined Commissioned 2 Love, a religious organization at Savannah State University that Harrison began to take photography more seriously.

“I was there almost a year after they started and I guess somebody saw the importance of having the history of it documented,” he said. “They were my friends at the time, so I started taking pictures of them.”

Harrison eventually served as a group leader, but he faced resistance from other members when he moved toward his artistic pursuits. “That situation ended up with me being divorced and separated from the church altogether. At that point that’s all I had you know, so I didn’t have anything else,” he said. “All I had was a camera.”

That’s when he moved to Sacramento, where he began to roam the streets for his next photo. He says friends told him his work was good, but Harrison says that he didn’t fully understand why.

In pursuit of an answer Harrison attended classes at Cosumnes River College, where he says he found that the best of his work couldn’t be taught.

“I went to school to learn what I didn’t know about photography. What was making my photos good was the human aspect, the human interaction of it,” he said. “I think the stuff that you can’t teach is the best part of something.”

Harrison says what’s needed to make a good photo is a sensitivity to the world, which he says can only come through experience.

“If you’re sensitive to what’s happening, you can almost be in the same shoes as a person,” he said. “Then once you’re there, you can take the photo as closer to its truest form.”

One of his photos, which was featured in his 2018 photo book, Surrender Was a Pose Vol.3, shows the striking face of an older gentleman who meets the viewer’s gaze over the thin rims of his glasses. He’s in the midst of lighting a pipe; the smoke has only begun to cloud the bottom half of the fame and seamlessly blends into the bright background.

While photography has been Harrison’s focus for the past 10 years, he has spent much of the COVID-19 pandemic feeding his passion for painting. His painting, like his photography, often layers geometric patterns over one another.

Although he isn’t working on any specific projects, Harrison says he’s searching for a way to maintain his photography without compromising his voice.

“I don’t really like the mind frame of taking a photo to get paid. Like ‘I have to take this great photo or I’m not going to get paid.’ I don’t like that, Harrison said. “I want to keep the pureness of it and not let it be convoluted by money.”