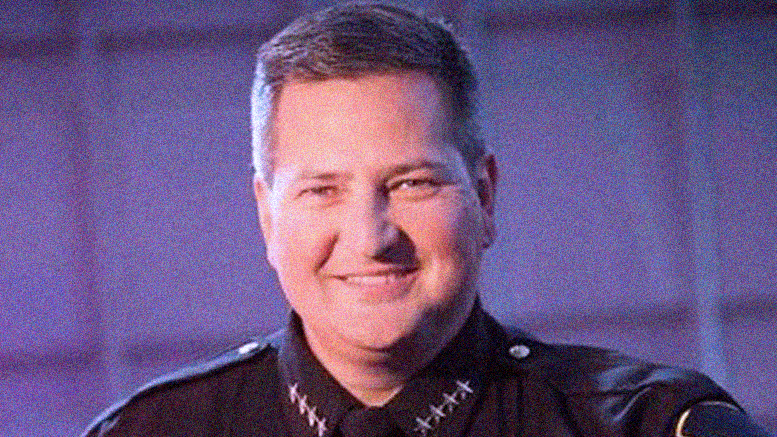 Sacramento County Sheriff Scott Jones made it sound like he would hang up his badge after his third term ends in 2022, but a burst of political donations from a reliable political action committee suggests he could change his mind—as he did the last time.

That arms the incumbent sheriff with nearly $85,000 in campaign cash to spend, according to SN&R’s calculations. What that means for Jones’ political future, if anything, is unclear.

Thus far, Sacramento County sheriff’s Capt. Jim Barnes is the only person officially running for sheriff in 2022. The 53-year-old Jones hasn’t filed papers for any state or local office.

In an email, Jones longtime campaign manager Tab Berg would only say, “No public announcement has been made.”

Jones canceled his retirement plan once already, when he pursued a surprise third term after his chosen successor bowed out of the 2018 race.

Before that, the controversy-prone sheriff mounted an unsuccessful congressional campaign to oust Democratic Rep. Ami Bera in 2016, aligning himself with the immigration policies of then-candidate Donald Trump. The bitterness of the 2016 election and the negative outcome for Jones appeared to swing him further to the right.

In the ensuing years, he’s clashed with California’s state auditor over his issuance of concealed gun permits and with civil rights groups over deputy killings and jail conditions.

Jones has also bridled at requests to be more forthcoming with the public or to enforce state and local public health orders regarding the coronavirus outbreak.

Aside from his years-long refusal to adopt body-worn cameras and an unpopular 2018 decision to oust an inspector general, the sheriff has all but stopped informing the press about jail deaths, refused to share COVID-19 infection data with the state and issued public statements that his officers would ignore public health orders intended to contain the pandemic, even as his office accepted more than $100 million in federal aid to contain the pandemic.

Jail deaths rose to a 14-year high in 2019 while suicide attempts broke a 12-year record by the end of August, according to recent SN&R investigations.

Still, Jones remains a popular figure in the suburbs and a formidable fundraiser—two reasons the California Republican Party tapped him to challenge Bera in 2016.

The Deputy Sheriffs Association PAC is by far Jones’ biggest financial supporter, throwing more than $146,000 at him in the last election, according to campaign filings. Distant runners-up are oral surgeon Richard Moorehouse and Sacramento Gun Club LLC, both of which gave more than $20,000. PDF Commercial and Law Enforcement Managers Association both contributed more than $13,500, while Sean Astle, owner of The Gun Range, gave more than $11,000.

Under federal election law, Jones can’t spend campaign money on personal uses. He could transfer the funds to a future election campaign if he decides to run for office again, or donate the money to charity. He can also give limited amounts to other candidates or make unlimited transfers to political party committees.

Jones has little in the way of outstanding debt, reporting just north of $360 as of June 30.

During the first half of this year, the sheriff spent $11,000 to settle most accounts, including $8,534 to Citi Cards for office expenses, $2,534 to his treasurer David Bauer and $1,400 in civic donations to Friends of the NRA in North Highlands.

Be the first to comment on "A glutton for political office"