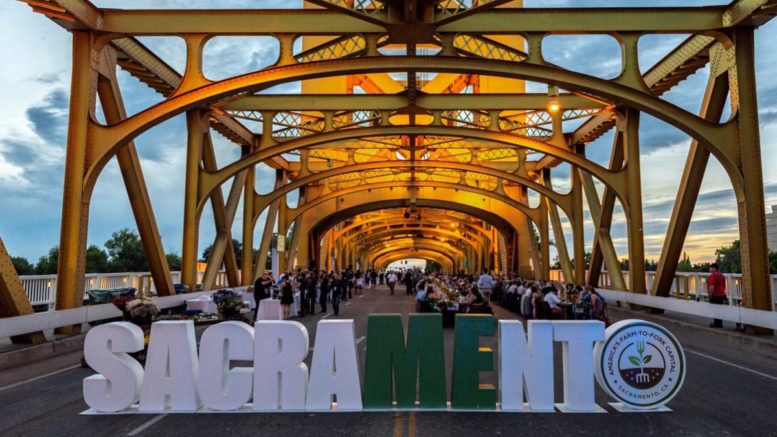 (Photo courtesy of Our Sacramento GoFundMe)

As stay-at-home orders limited or shuttered the city’s restaurants and bars, Abramsky, a SN&R contributor, envisioned a way to support beleaguered restaurants and their staff who wouldn’t be around to pour his St. Patrick’s Day pint: Meet a group of friends online via Zoom and BYOB.

“Instead of calling the waiter over [for the check] … we’re going to give the $10 or $20 that we would have paid … to the GoFundMe program,” Abramsky said during Wednesday’s virtual press conference.

The result was a GoFundMe fundraiser called #OurSacramento that quickly amassed more than $26,000 from 182 donors. Those donations are now being distributed in 26 microgrants to aid local restaurants.

“If there was a correlation between the amount of beer and the amount of money we raised, I would have had two beers,” Steinberg joked during the announcement.

Maybe so: $26,000 isn’t small change, but with each microgrant totaling $1,000 or less and more than 100 applicants turned down, it illustrates the precariousness of Sacramento’s bar and restaurant scene in the months ahead.

While city, nonprofit and private fundraisers for small businesses grow and multiply daily and federal relief funds are on the way, some may not survive the local coronavirus shutdown, which will last until at least May 1 and probably longer.

#OurSacramento is the only fundraising effort disbursed quickly and available solely for the restaurant industry.

“For me, [this] was so encouraging, because I never felt like we were walking the plank, out on a limb, all on our own,” one recipient, Janie Desmond Ison, owner of Steamers Bakery & Cafe in Old Sacramento, said at the mayor’s press conference. “We were hobbled by this, but we’re not defeated by it. This comes from our community. That means a lot.”

Though the initial funds are being given out by the Sacramento Region Restaurants Association, donations continue to come in. Vegan fast food spot Burger Patch pledged to donate all of its March profits (less those earmarked for its monthly “Patch Match” benefiting local nonprofits) to the campaign.

“We just felt like it would be only the right thing to do,” said co-owner Phil Horn. “… share [with] our friends in the industry who have not had that opportunity due to circumstances out of their control.”

As those funds continue to come in through #OurSacramento, Steinberg noted on Wednesday that the coalition may be “open to making a smaller round earlier, whatever gets the most help to the most businesses as quickly as possible.”

His sentiment was echoed by Erika Bjork of the Sacramento Metro Chamber.

“Very much in representation of our businesses that have had to be quick and nimble and dynamic and pivot,” she said. “This is a group that will do the same. All the more reason … that GoFundMe page is still open so donations can take place, and in the meantime, I’m sure we’ll find other ways to gather and raise a pint and donate again as the mayor has done.”

Eviction lawsuits have restarted in Sacramento