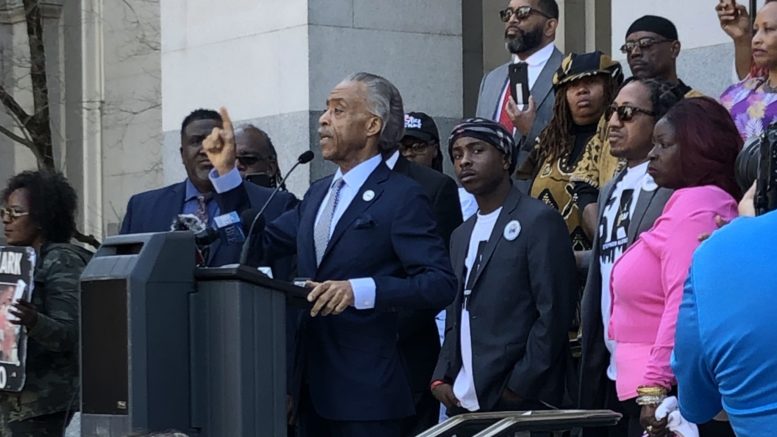 Law enforcement reform groups debate whether, after changes to California Act to Save Lives, it will do what it promises

Don’t misunderstand the consensus forming inside the state Capitol. Assembly Bill 392, which appears headed for the governor’s desk now that law enforcement has dropped its formal opposition, likely won’t result in more jury trials for cops who take someone’s life.

But maybe that isn’t the proper barometer to measure the bill’s effectiveness, say its supporters.

“If anybody is expecting that this reform has failed unless there are a lot of successful prosecutions of officers for misuse of force … that’s a big misunderstanding of not only the problem but the potential solution,” said John Cary Sims, a constitutional law expert and law professor at University of the Pacific’s McGeorge School of Law.

That could be a tough case to make to many of those who backed AB 392 because they believe too many officers are getting away with unnecessary shootings of civilians. If changing the state’s nearly 150-year-old use-of-force standard does indeed save lives, will that be enough to restore their faith?

AB 392 would limit an officer’s ability to use deadly force to when that officer “reasonably believes, based on the totality of circumstances, that deadly force is necessary” to defend themselves or the lives of others, the bill states.

Basically, an officer should only take a life to save a life.

While the California Act to Save Lives, as it’s known, would tighten the current legal standard, which allows officers to use force when they perceive imminent danger, it’s not as bulletproof as some stakeholders hoped. As Sacramento Area Congregations Together organizer Ryan McClinton posted on Facebook: “Not everything we wanted but changing laws from 1870 is monumental for what we are capable of.”

Other reform groups have been more skeptical. The Black Lives Matter Global Network withdrew its support last month, after AB 392 was amended to win law enforcement’s neutrality on the bill, which passed the Assembly and is now before the Senate.

“Unfortunately, in efforts to get law enforcement to lift their opposition, the bill was so significantly amended that it is no longer the kind of meaningful legislation we can support,” BLM Los Angeles chapter leader Melina Abdullah said in a statement.

Under current law, prosecutions of California officers are rare and—when they do occur—rarely successful because it’s nearly impossible to argue against what an officer claims is in their head when they pull the trigger.

Here’s what the Sacramento County District Attorney’s Office wrote the 31 times it cleared an officer-involved shooting between 2014 and 2018, including the controversial killings of Joseph Mann in 2016, Mikel McIntyre in 2017 and Stephon Clark last year: “An officer who uses deadly force must actually believe that force is necessary. The appearance of danger is all that is necessary; actual danger is not. Thus, the officer may employ all force reasonably believed necessary.”

Because AB 392 filters “necessary” force through the mind of the officer, critics worry the bill simply rehashes the status quo. Not so, said Peter Bibring, the police practices director for the ACLU of California, which remains a staunch supporter of AB 392, along with Courage Campaign and California Families United 4 Justice.

“Look, this is still a very strong bill that would move California from having one of the most permissive use of force laws to one of the strongest,” he told SN&R.

To understand why, you have to consider what the bill leaves in, and not just what got taken out.

Bibring said that while amendments removed its definition of “necessary” and provisions that explicitly required deescalation, or that held officers accountable for escalating situations through criminal negligence, the bill gets at these goals in other ways.

“It’s crucial to look at the officers’ conduct leading up to the use of force,” Bibring said, to determine “whether officers needlessly escalated a situation.”

He also argued that requiring courts to consider a use-of-force incident in its full context would ripple down into squad rooms.

“By changing the inquiry, it is going to change department training practices and procedures, and that is going to save lives,” he said.

That’s been the case in cities that have already adopted AB 392’s stricter standard, including San Francisco and Seattle, Bibring said. But Bibring doesn’t predict whether the legislation would increase officer prosecutions, as those decisions are “ultimately made by district attorneys who are often influenced by the fact that they work with police officers day in and day out.”

It will take other reforms to address that issue, Bibring acknowledged.

“The main thing that we’re hoping for is not that there are going to be a whole lot of prosecutions,” he said, but that legislative reforms “will greatly reduce the number of incidents that could potentially lead to prosecution.”

Be the first to comment on "California’s revised use-of-force bill may not put more officers on trial, but supporters say it will ‘save lives’"