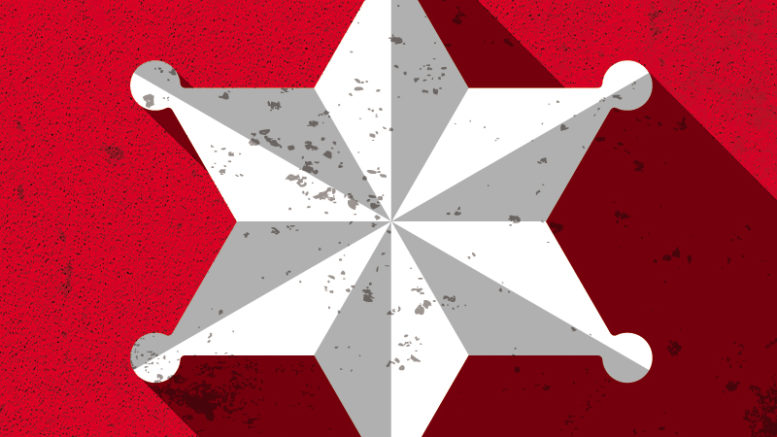 Before Rick Braziel was ousted for criticizing the fatal shooting of Mikel McIntyre, the former inspector general flagged another deputy shooting he found troubling.

Before he was banished for criticizing the fatal Sheriff’s Department shooting of a mentally ill black man in May 2017, former Sacramento County Inspector General Rick Braziel quietly flagged another shooting he didn’t want to escape scrutiny.

The Oct. 22, 2016 encounter between a deputy patrolling Fair Oaks and an unlicensed driver wasn’t that serious. Nobody died or was injured when the deputy fired five rounds at the back of a Mercedes as it left the scene of a traffic stop.

But the deputy violated department policy by opening fire on an occupied vehicle that posed no danger to him or anyone else that fall morning, Braziel determined in his 13-page review of witness statements and recorded interviews, dispatch audio, crime scene photos, diagrams and a visit to the sleepy residential street of Winding Oak Drive.

Braziel released his review Oct. 2, 2017 to little fanfare, even though the district attorney’s office had yet to determine whether the officer would face criminal charges. But Sacramento’s former police chief had a specific reason for publishing his report when he did:

One of the many protections in the Police Officers Bill of Rights is that it limits an agency’s ability to discipline officers who violate their agencies’ policies if their misconduct is discovered more than a year after the fact. Braziel didn’t want to see that happen with this case. He published his review of the shooting 20 days before the one-year mark.

“It wasn’t a good shooting,” he told SN&R last February. “I can’t predict whether they will, but they need to take action.”

Sheriff Scott Jones forced out Braziel in August, shortly after Braziel published a review criticizing the May 2017 fatal shooting of Mikel McIntyre as “excessive.” Deputies had peacefully resolved a prior contact with the emotionally troubled 32-year-old earlier that day. Exaggerated 911 reports of a man choking a woman brought deputies into contact with McIntyre a second time in Rancho Cordova. He was running across freeway lanes during afternoon rush-hour when deputies fired more than two dozen rounds at him.

Braziel’s 27-page report provided a minute-by-minute account of the fast-moving encounter and nuanced criticism of the two deputies who ultimately killed McIntyre with a barrage of gunfire that Braziel thought put the public in unnecessary danger.

A recalcitrant Jones and a divided Board of Supervisors have kept the inspector general position vacant ever since, leaving one of California’s biggest law enforcement agencies without an independent monitor for nearly a year.

In that gap came the death of Marshall Miles, arrested at a North Sacramento gas station in October for vandalizing cars. The department released rare video footage documenting the incident hours before Jones tried to convince supervisors his agency needed no oversight.

The footage shows Miles under a pile of deputies at the jail and complaining that he can’t breathe. The married 36-year-old died in a Sacramento hospital four days later from what the coroner’s office determined were complications of cardiopulminory arrest from a combination of the drugs in his system and the force deputies used to restrain him.

The district attorney hasn’t completed its review of Miles’ death. Without an inspector general, there is no independent office looking into whether deputies violated department policies.

The Sheriff’s Department is separately investigating an officer-involved shooting that occurred April 19, when an Elk Grove police officer reportedly shot at an oncoming truck being driven by a carjacking suspect. Suspect Christopher St. Charles, 36, of Sacramento wasn’t struck by gunfire, but reportedly sustained minor injuries from various collisions while leading officers on a gatecrashing pursuit through rural properties in Elk Grove into the unincorporated county, which is the sheriff’s domain.

Braziel’s inquiry into the October 2016 shooting in Fair Oaks was resolved more quietly.

According to his review, a sheriff’s deputy with the last name Taylor was patrolling a residential street at 3:19 a.m. that Sunday when a man ran past, followed by a Mercedes driven by Brittany Nicholls.

Taylor stopped the car and learned that Nicholls was driving without a license. Instead of fully exiting the car as she was told, Nicholls allegedly put it in gear and pulled away while the deputy was reaching through the driver’s window. Taylor got clear and fired at the car as it drove away, striking it at least three times, Braziel found.

Braziel said his review of the evidence showed that Taylor wasn’t in danger when he sent five rounds toward the occupied vehicle, and that he had enough information, including Nicholls’ ID, to arrest her later.

“The use of deadly force against Nicholls was not reasonable or necessary and placed Nicholls and the two passengers at risk of serious injury or death,” he wrote.

He recommended the department investigate whether Taylor violated department policy. It’s unclear whether that recommendation was followed.

The county said last week it was preparing to release a request for proposals seeking applicants for a new inspector general, but the sheriff and supervisors don’t even agree what authority the position should have. It’s still unresolved whether the sheriff should be able to lock out an inspector.

In a phone interview last week, Supervisor Don Nottoli acknowledged the open question could shape the quality of candidates.

“I hadn’t thought of that,” Nottoli said. “That’s a fair question as it relates to the prospects of who [applies] to the position. … It needs to be resolved at some point before [someone is hired].”

Most supervisors avoid the topic altogether. The offices of Supervisors Patrick Kennedy and Susan Peters didn’t respond to requests for comment. Supervisor Phil Serna’s office said he was unavailable. Supervisor Sue Frost’s chief of staff said the board is mostly agreed the county needs an inspector general, but not what that looks like.

Legally, the board can do everything from weakening the inspector general to granting it subpoena powers over the Sheriff’s Department. But supervisors have shown little appetite for taking on the sheriff.

One thing is certain: The political landscape has changed since the county created the inspector general role in 2007. The public expects greater transparency and California lawmakers have insisted on it, passing laws that require law enforcement agencies to release the kind of footage and personnel records Jones has spent his career black-boxing.

If there’s no inspector general to monitor a department whose laundry is now more in the open than ever before, public trust could suffer, Nottoli said.

“I’m concerned right now that we’re bare,” Nottoli said. “There’s nobody there. If you call that number, I don’t even know if someone will pick up.”