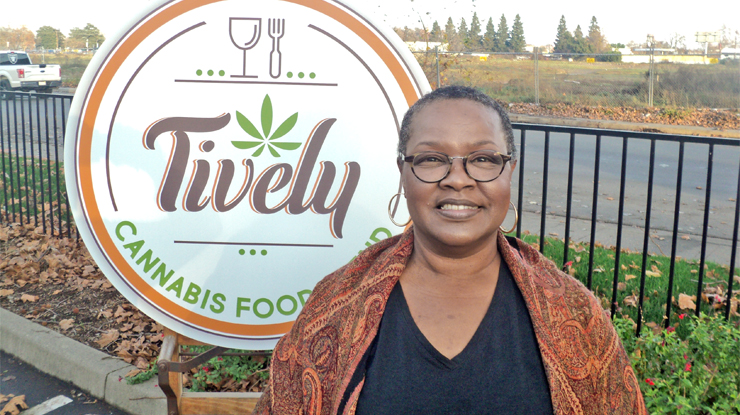 Betty Mitchell’s uncle was a pioneer in developing medical cannabis in Arkansas.

Now, Mitchell herself is being called a pioneer in Sacramento’s emerging $4-billion-a-year legal marijuana industry.

Her uncle, Dr. Ulysses Hunter, a University of Arkansas physics professor, in the 1970s created a pot-based powder that could be cooked with food to eliminate pain. He packed the powder in 16-oz. glass jars that he donated to the medically uninsured in Arkansas.

“One summer, when I was 15, I tagged along with my uncle as he distributed his product to the poor,” Mitchell, a native of the Natural State, recalled recently.

Destined for greatness, this enterprising woman twice made history.

In December, Mitchell was one of 13 people of color who became the first to graduate from the Cannabis Opportunity, Reinvestment and Equity Program (CORE) at the Greater Sacramento Urban League. The tuition-free program was created by the Sacramento City Council to help the underprivileged learn the legal marijuana trade, and how to succeed in it.

“To the 13 pioneers here, we celebrate you,” Sacramento Mayor Darrell Steinberg told the graduates. “You are role models for others.”

CORE seeks to rectify the wrongs of the war on drugs, in which countless people of color were unjustly imprisoned, starting about 1970.

“Access to capital is the biggest thing that has kept African Americans out of this [legal cannabis] business.”

Mitchell’s other distinction: She was the first CORE participant to obtain a waiver from the city for the cost of a cannabis business operation permit (CBOP).

Though her permit would have cost about $10,000—such permits can cost much more—CORE graduates will get their Sacramento CBOPs cost-free.

Mitchell did, however, pay $20,000 for a second permit, from the state, for her Sacramento cannabis enterprise.

Her entity, Tively—think of positively, without the first four letters—will sell an improved version of her uncle’s medicinal food blend, starting in late February, to honor his legacy.

“Tively will start as a wholesaler to storefronts and dispensaries,” said Mitchell, who will remain a social worker in Sacramento, her home since 1985.

“Access to capital is the biggest thing that has kept African Americans out of this [legal cannabis] business,” Mitchell said, noting that marijuana remains illegal under federal law, a designation that means no bank loans for pot merchants. “I was lucky: I cashed out my annuities.”