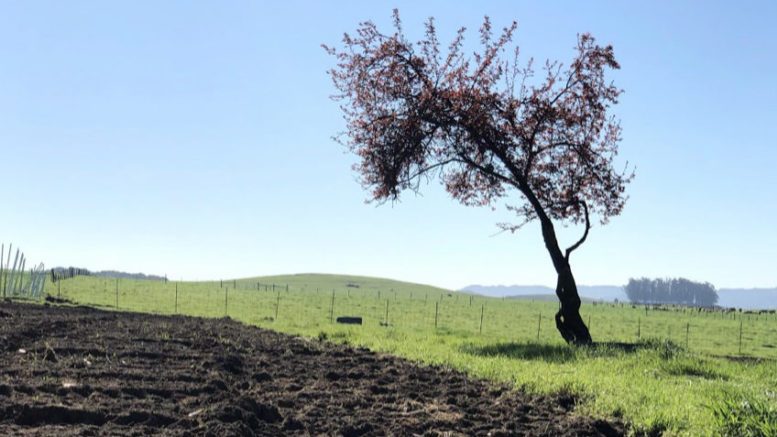 If you’ve ever argued that specific locations provide unique characteristics for growing cannabis, so is the state of California.

Beginning in 2021, the state Department of Food and Agriculture will begin to identify such locations, designating them as “appellations of origin” for cannabis cultivation—a “protected designation that identifies the geographical origin of a product and how that product was produced.”

Just as California wines from exact locations are coveted for their unique combinations of soil, water and climate, so are cannabis strains. Such a “taste of the soil”—whether from misty coastlines, hot valleys or foothill elevations—can produce strains with signature tastes and aromas that consumers want.

But Senate Bill 67—co-authored by state Sen. Mike McGuire of Healdsburg and Assemblymen Jim Wood of Santa Rosa and Tom Lackey of Palmdale—establishes standards for licensed cannabis cultivators to also apply for an appellation designation. Gov. Gavin Newsom signed the bill into law in September, and the CDFA is set to begin accepting applications sometime in early 2021.

Mark Isidro, assistant to Lackey, said that the assemblyman wants to fight the illegal market and that some vendors promote cannabis strains as artisanal products from famous locations, though they may not have been produced there.

“Providing appellations of origin to cannabis products,” he said, “is one step towards building confidence and legitimacy in our state’s legal cannabis market by assuring that consumers know exactly where their product was produced.”

Growers know that micro-climates matter. Even in the same general locale, cannabis grown along the coast, for example, may have a different taste and potency than the same strain grown a bit further inland. Slight changes in the amount of sunlight or humidity can affect a plant’s terpene profile, its aroma and taste.

The origin designation is supported by growers including Raw Garden, a Santa Barbara extract maker. “We chose to grow here for the combination of fertile soil, hot sun and cool nights which yield an incredibly diverse, potent and flavorful crop of cannabis flowers,” said Khalid Al-Naser, its head of product.

“For premium craft cultivators, we believe it’s this sense of place that will drive the growth of the cannabis industry.”

Sonoma Hills Farm grows cannabis on 37 acres of land in the Petaluma Gap appellation, one of the nation’s premier wine terroirs. Now, it plans to apply for a cannabis appellation.

“An appellations designation is valuable knowledge for the consumer,” said Aaron Keefer, its vice president of cultivation and production. “As an industry, we are moving one step closer to producing the highest quality cannabis, and these designations seem a logical next step for all involved.”

“With cannabis, the traditional focus has been on strain and THC content, the equivalent of wine labeled strictly by varietal and alcohol percentage—drinkable, but unlikely to attract the attention of a connoisseur,” he said.

But like boutique vineyards, craft cannabis producers can create sought-after flavors and aromas. And with appellation designations, customers can choose where and how their cannabis was grown. “For premium craft cultivators, we believe it’s this sense of place that will drive the growth of the cannabis industry,” Keefer said.

The new designations are not meant to replace political boundaries. They identify a much more specific location, or “canopy,” where the cannabis was grown. They also add strict standards for growing conditions, which “excludes the practices of using structures, including a greenhouse, hoop house, glasshouse, conservatory, hothouse, and any similar structure, and any artificial light in the canopy area,” according to Rebecca Forée, communications manager at the CDFA.

That means indoor cannabis operations, which typically modify the natural growing conditions, will not qualify for appellations. Indoor growers, however, may still qualify for county or city origin designations.

Additionally, the CDFA has also proposed a designation called “comparable-to-organic,” because the federal government restricts use of “organic” to describe cannabis. Later in 2021, growers who can certify that their conditions are all natural can apply for this label as well. With all of these certifications dovetailing into one another, aficionados will have more information than ever before when choosing premium products.

In November, the Bureau of Cannabis Control announced the launch of a new online interface where qualified growers can submit applications and sign up for updates.

Down on the farm

Wildfire ash, mold and oversupply—what’s a cannabis grower to do?