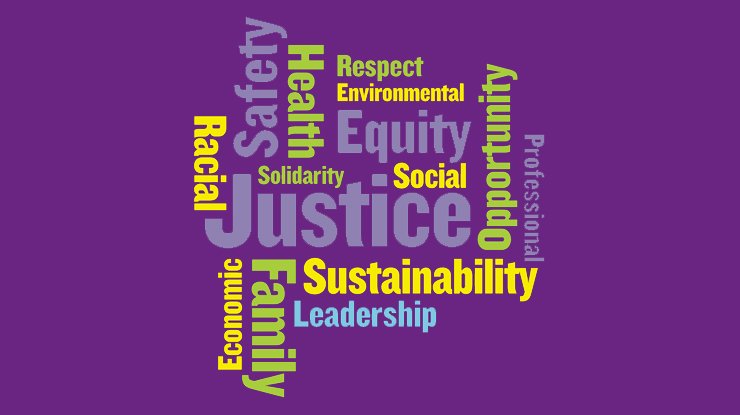 Labor leads way to California for all

This weekend, we celebrate Labor Day, a federal holiday for 125 years. It’s not the end of summer; it’s a historic milestone.

A salute to the enduring contributions of American workers, Labor Day – like the American labor movement – was born out of strife. Back in the late 1800s, workers could expect to toil 12 hours or more a day, seven days a week, just to earn enough to eat and a place to sleep. Safety was an afterthought. Every member of the family worked hard, including young children. Public education? Health care? Retirement? Paid vacation? Racial justice? Minimum wage? Those concepts hadn’t been invented yet.

A few extremely rich families controlled most of the nation’s fortune. (Sound familiar?) During this “Gilded Age,” the top 10% owned three-quarters of all American wealth while the bottom 40% had nothing at all.

That’s when unions started organizing American workers. Facing extremely unsafe working conditions in mills and factories, union members demanded to be treated like people – with respect. Their hard work and sacrifice lifted up all Americans.

Things got uglier before they got better. As unions gained power, companies tried to beat them down. Union members were killed while fighting for such basic rights as fresh air, clean water and breaks on the job. After some particularly bloody incidents, unions pushed Congress to pass laws to protect workers, regardless of gender or race. In 1894, Congress also created a special holiday for the worker: Labor Day.

In the 20th century, unions won many important rights that most people now take for granted. (The fact that workers have weekends at all is thanks to organized labor.) But after so much success, people took their unions for granted, too. Employers seized the opportunity to whittle away at those hard-won union gains.

Now, only 10% of Americans belong to a union. That’s down from 20% in 1983 and nearly 35% in 1954. Meanwhile, worker rights have slipped away, too. That’s led to increased safety hazards; according to a recent survey, one out of four workers know someone who was hurt on the job. Wage inequality is approaching levels not seen since the Great Depression.

Without union support, workers have lost political power and strength at the workplace. Employers are free to ignore worker concerns, use hordes of unpaid interns, demand employees work 60-hour weeks and illegally treat workers as independent contractors. We’re back in another “Gilded Age” with the top 5% holding two-thirds of American wealth. Without strong unions, that inequality will only grow.

By contrast, more than one-third of state and local government workers belong to a union. Why? As union organizers have known from the beginning: There’s strength in numbers. I see it every day in my union, SEIU Local 1000. Our power is amazing. When we speak with one voice, it demands to be heard.

We’re still fighting that good fight, demanding a living wage, the right to retire in dignity and access to quality health care. Together, we can lift up California like our union predecessors lifted up America more than a century ago.

We’re working on a California for all, where every Californian can have an affordable place to live, access to quality health care, racial justice and freedom from hunger and poverty. In the coming weeks, I’ll share more about that goal and how we can get there.

As Thomas Huang, SEIU Local 1000 member said after a work-site victory, “Once workers get a taste of their power, they won’t stop. I get that now. I feel like this is the first real win we’ve had — meaning we won what we did through collective struggle. And now, I am voracious.”

We state workers know the strength of a strong, united voice. We’re speaking up for everyone.

Be the first to comment on "Yvonne R. Walker: Finding strength in a united voice"