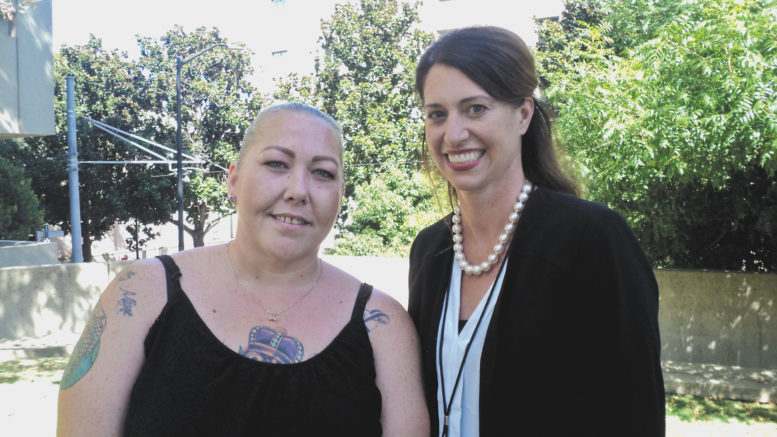 Sherie Drawn’s life derailed after she got pulled over by Sacramento County Sheriff’s deputies in 2006. According to Drawn, officers searched her car and found “maybe ½ an ounce” of medically prescribed cannabis. She was arrested for felony possession of marijuana with intent to sell—
a charge she disputes.

That was her one and only arrest to date.

Drawn has no proof but she suspects she was arrested because her then-boyfriend, an African American man, was with her—he was carrying $600-plus in cash and had an active arrest warrant out on him. Regardless if her conviction was guilt-by-association, racial profiling or simply possession-related, she was swept up into the criminal justice system and she paid for it in unforeseen ways.

“Because of this charge, I lost my job as a nurse in a convalescent home,” Drawn, who lives in Antelope, said recently. “I lost my nursing license. I also lost my car, which was impounded. I didn’t have the money to get it back.”

Other partners included Code for America, a nonprofit whose technology expedited the clearances and Youth Forward, a nonprofit supported by The California Endowment.

Code for America engineers connected their computers to state Department of Justice data to determine which Sacramento criminal cases were eligible for reclassification.

“Our technology can read 500,000 lines of conviction data” in a flash, said Alia Toran-Burrell a senior program manager at Code for America.

“ [Prop 64 is] empowering people to have control over their lives.”

After learning of Schubert’s clearances, Drawn asked the Public Defender’s Office, “What about me?”

In July of this year, Drawn’s case was reduced to a misdemeanor. Drawn, who now cleans buildings for a living, expects to have a brighter future.

She praised the Sacramento County Public Defender’s Office for filing her petition for relief, which was granted by a Sacramento Superior Court judge.
Getting a felony expunged or redesignated can be life-changing, said Tiffanie Leon-Synnott, a supervising public defender who helped Drawn for free.

Prop 64 is “empowering people to have control over their lives,” Leon-Synnott said. “It’s opening opportunities to vote, to get housing, to get professional lives.”

Wildfire ash, mold and oversupply—what’s a cannabis grower to do?