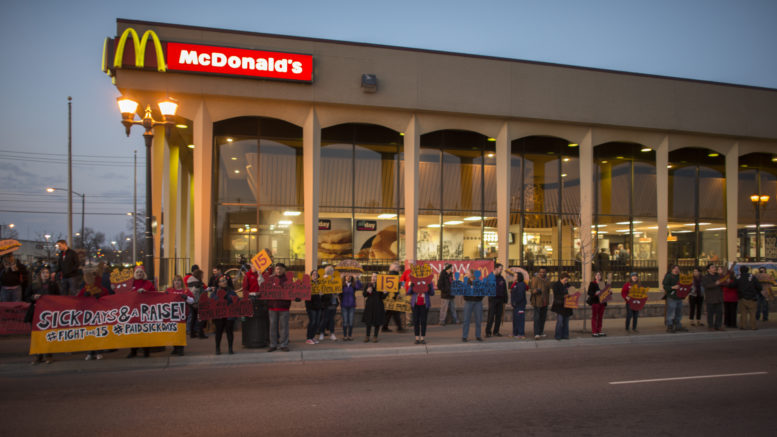 The economic pain—and public health danger—from the COVID-19 pandemic is nowhere near over.

So while President Biden and Congress haggle over his proposed $1.9 trillion relief package, California legislators are considering major proposals as well.

More than 80 chambers of commerce, counties (including Sacramento) and groups such as the California Restaurant Association and the National Federation of Independent Businesses are backing a bipartisan bill that would spend $2.6 billion of the state budget surplus in grants to small businesses and nonprofits.

“The fast-growing, bipartisan coalition for the Keep California Working Act demonstrates the immediacy of this need throughout the entire state. If small businesses are suffering because they are following COVID-19 protocols, then it is imperative that California provide relief to those that are struggling,” Sen. Andreas Borgeas, a Fresno Republican and the bill’s co-author, said in a statement this week.

Supported by more than half of the Legislature, Senate Bill 74 (the Keep California Working Act) would provide far more aid than the $575 million proposed by Gov. Gavin Newsom.

UPDATE: On Wednesday, Newsom and legislative leaders announced a deal on a relief package that increases the aid to small businesses and nonprofits to $2 billion, for grants of as much as $25,000 each.

Advocates point out that the nonpartisan Legislative Analyst’s Office has called for using half the state’s $26 billion windfall on one-time spending “focusing on activities that mitigate the adverse economic and health consequences of the public health emergency.”

Many workers at those businesses want to make sure they’re safe, as well as higher pay.

Tuesday, labor leaders, fast-food workers and Assemblyman Kevin McCarty, a Sacramento Democrat, held a rally in front of a Burger King on Stockton Boulevard in Sacramento to protest hazardous conditions due to COVID-19.

According to SEIU Local 1021, about 556,000 Californians work in the state’s fast-food industry, comprising the largest and fastest growing group of low-wage, private-sector workers. Most fast-food workers are Black, Latino or Asian.

But the lack of industry-specific protections has resulted in wage theft, sexual harassment, health and safety hazards, discrimination and workplace violence, the union says. And during the pandemic, there have been dozens of complaints to state and local health agencies about working conditions, including being asked to wear doggie diapers or coffee filters as masks and being forced to work sick.

“While multi-billion dollar fast-food corporations are collecting record profits during the pandemic, their workers continue to be paid dismally low-wages and have to work multiple jobs to make ends meet,” Assemblywoman Lorena Gonzalez, a San Diego Democrat who introduced the bill, says in a statement. “While putting their health on the line to serve customers, they are denied paid sick leave and forced to compromise their safety at work.”

Be the first to comment on "More relief from COVID-19"