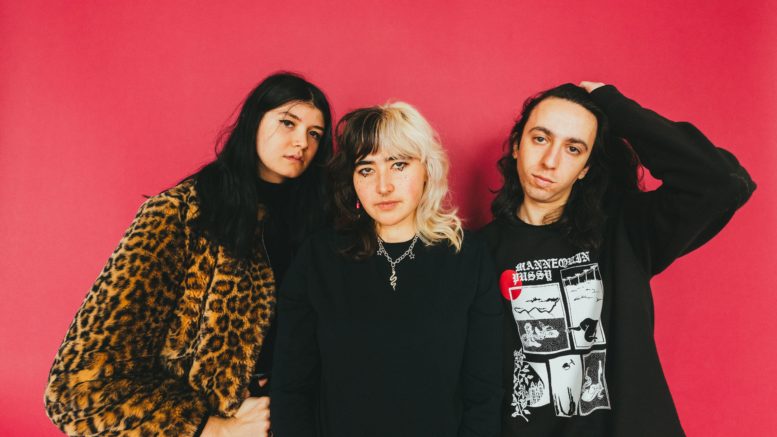 Destroy Boys on their new single, signing to Hopeless Records, and this weekend’s livestream

“Those shows were so sick, especially the Sacramento show,” says Alexia Roditis of Destroy Boys. “SF is cool, but being in fucking Sac, that show was just fucking tight, I felt so … I don’t know. It’s hard for me to speak about it almost, it was electrifying. I just felt so powerful and honored that people were there for us.”

Roditis is reflecting on their last set of shows before the Coronavirus shut down venues across the US. A short California tour culminated in two back-to-back, sold-out shows, one at San Francisco’s legendary Bottom of the Hill, followed by a night at Sacramento’s Holy Diver.

“It felt really hopeful, like we were looking at the horizon or something … We were looking forward to the future and being able to play shows for the rest of the year. We had our whole year planned out.”

It’s not the year they—or any of us—could have anticipated, but Roditis and bandmates Vi Mayugba and Narsai Malik have rolled with it. They’ve just released a new single, “Muzzle,” on stalwart punk label Hopeless Records with more music to come, plus they’ll be performing new material via livestream this Saturday.

Retaining that energy and control was key in Destroy Boys’ decision to sign with Hopeless. “[With] a lot of other labels, it’s almost always a bunch of white cis straight dudes, and all of our meetings with Hopeless it’s almost always all women, which is tight,” Roditis explains. “They didn’t want to mess with what we already had. They’re not trying to change us or trying to steer us in any one direction.”

The band has enough material for a new record, and the band is anxious to tour as soon as it’s safe. Until then, the aforementioned Saturday livestream is your best bet for your Destroy Boys fix.

Be the first to comment on "Destroy Boys keep it loud"