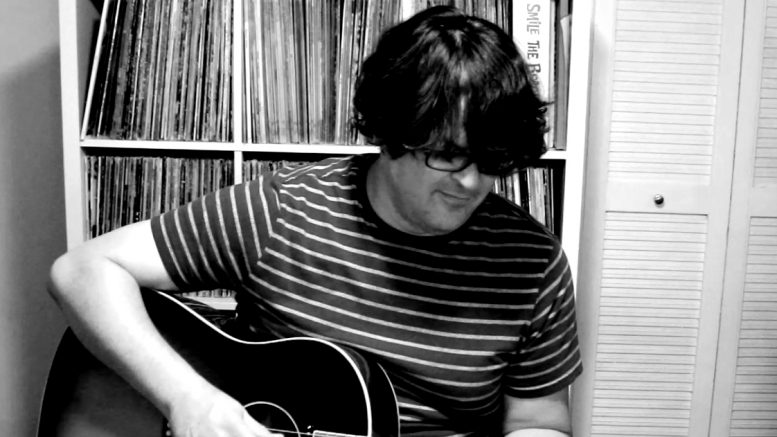 Unless you’re looking for it—and that’s if you listen to terrestrial radio at all—you’ll probably miss KJAY 1430 AM/98.1 FM on your dial. But the small 500-watt station has had its home in West Sacramento since 1960.

Starting out as a soul station, it’s now home to Hmong, Russian-speaking and gospel programming, with a variety of staff-made playlists carrying the station through the night.

Dean Seavers hadn’t been looking for KJAY, either, though it’s only about five miles from his West Sacramento home. After purchasing a virtually unrenovated 1940s gem of a house, he set about filling it with era-specific goods.

“One of the things I wanted was an old ’40s console radio. And so I found one…and brought it home, and tinkered and I got it working,” Seavers says. “So that night I’m scanning the dial, and all of a sudden I hear “Lucille” come out of the radio. And I’m like ‘What the—I haven’t heard Little Richard on the radio for 25 years!’”

It’s moments like these that remind you that the Sacramento region is still close-knit for a community of our size. It was only minutes after Seavers excitedly posted on Facebook about his discovery of KJAY’s oldies playlist that a mutual friend offered to put him in touch with one of the station’s co-owners, Tiffany Powell. And one phone conversation later, Seavers was programming KJAY’s overnight content during the week, from 8 p.m. until 6 a.m.

Dean Seavers—familiar to some Sacramento music fans as one quarter of longstanding power poppers The Decibels—is taking the task seriously. The definition of “oldies” can be slippery; it’s generally a euphemism for “your parent’s music.” But Seavers’ vision is at once inclusive and hyper-niche: “Traditional oldies radio has focused on the top 40, but there was always Billboard hot 100 playlists,” he says.

“So I researched every playlist from 1957 to 1967 and focused on positions 41 through 100. And then I’ve gone ahead and [included] regional hits, too,” he said. “… The thing was so amazing to discover was, of the national charts, there was only about a crossover of about half. So that meant that half of [Sacramento charts] were purely regional [hits].” That’s hard to fathom when the majority of stations nationwide are now owned and programmed by one corporation.

Seavers has already incorporated KJAY’s original 200-song digital playlist with his own initial 450-song contribution. It can be hard to pick up the signal, so if you’re not within listening range, you can stream from the station’s website. And if you’re not awake at 3 a.m. on a Tuesday, Seavers plans to archive a few shows at a time on his Mixcloud channel.

“Traditional oldies radio has focused on the top 40, but there was always Billboard hot 100 playlists.”

Powell and Seavers, however, had to negotiate removal of what they call the “evil seven” from the original list. They’re songs such as “Hey Jude” and “Get Back,” controversial omissions for oldies programming, but deemed overplayed by Seavers.

Otherwise, Seavers doesn’t stray far from the rules he’s set for himself. “That was one of the beauties of top 40 radio back then, they’d play a Frank Sinatra tune, ‘That’s Life,’ and then they’d play the Kinks’ ‘You Really Got Me’ right up against each other, and it worked.”

It worked, Seavers says, because “there’s something about recordings made when the recording industry was based on capturing a performance rather than building a song… And so it feels very personal and immediate, and there’s something kind of cool and comforting and meaningful—and sort of like, joyful about those records.”

Note: This story has been updated to reflect changes in show hours since the print version was published. Find KJAY’s live stream at lightningstream.com/player.aspx?call=KJAY-AM