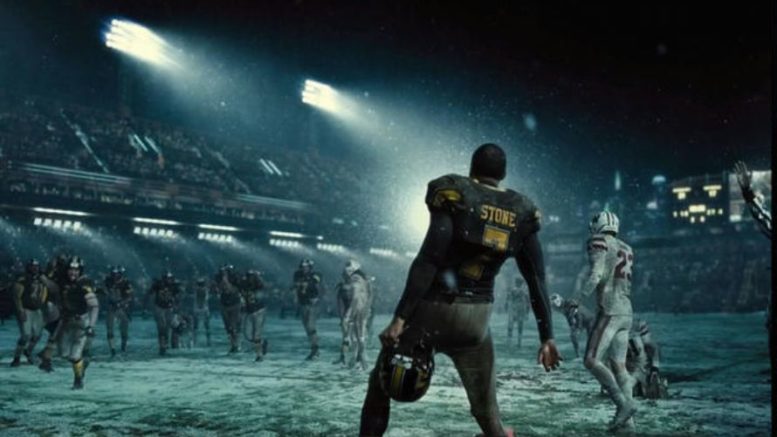 It may go down as one of Hollywood’s ultimate vindication stories: After shooting two films and spending countless hours on their climatic third act, the D.C. comic epic “Justice League,” Zack Snyder was reportedly forced out of the project by meddling studio executives who seemed obsessed with copying the Marvel Cinematic Universe.

Lest there be any doubt about that motivation, Warner Brothers replaced Snyder with Joss Whedon, who directed two of the early homeruns that launched the MCU. Though Snyder had nearly finished “Justice League” when he was sidelined, by some accounts Whedon re-shot up to 70% of the film. According to star Ray Fisher, Whedon threw out all concern for character development as he did – and treated the cast like dirt.

The rest of the story’s well known. Whedon’s version of “Justice League” hit theaters in 2017 and was widely panned as technically rushed, thematically confused and experientially off-putting. Though Snyder’s previous films leading up that, “Man of Steel” and “Batman vs. Superman: Dawn of Justice,” had scores of their own detractors, even the anti-Snyderites, on the whole, admitted Whedon’s jokey, jumpy hodgepodge was a failure.

Since then, a relentless fan campaign has pressured Warner Brothers to “release the Snyder Cut.” While the studio fired some high-ranking executives in the wake of “Justice League’s” release, for a long time its leadership seemed none too interested in further embarrassing themselves by funding an alternative version that would admit of the scope of their bumbling. But then AT&T bought Warner Brothers, put its money on HBO Max and began looking for a marquee achievement to draw new eyes to the platform. Long story short: Snyder was brought back to finish his original vision, dubbed the Snyder Cut, which went live on Friday.

Now, there’s really no point in asking whether the Snyder Cut is better than Joss-dice League (a fandom term sometimes used for Joss Whedon’s monstrosity). Of course it’s better, but that’s no bar to measure any film by. The question is, how much better? And what’s the experience like for someone who’s already suffered through watching Whedon’s Folly?

With audiences having a weekend to absorb it, there seems to be agreement that the Snyder Cut is visually superior, musically superior and, most importantly, tonally superior, to Joss-dice League. It’s plot also makes sense now, apparently because it uses the real script that Chris Terrio wrote, as opposed to the stitched-together, ugly doll, script-by-committee mess given to Whedon by producers who were “passing notes.”

Supporting claims by Ray Fisher, the film’s characterizations are much stronger in Snyder’s hands, particularly Fisher’s turn as Cyborg, who’s a badass in this version instead of an afterthought – and the core of its story’s tragedy.

While still mildly annoying, Ezra Miller’s Flash is less clownish and more heroic now. He’s someone audiences can actually root for. Arthur Curry, the Aquaman, is more engaging too – a tough loner and an outcast rather than Whedon’s chiseled, snarky beach bro.

But perhaps the most noticeable aspect of the Synder Cut is how phenomenal some of its action scenes are; and a careful examination of them reveals that the few competent fight sequences that were spotted in Joss-dice League were actually filmed by … wait for it … Zack Snyder.

The most-dire divide between the two films is in how Snyder and Whedon handled the final showdown in the storyline. Snyder’s path is operatic. Whedon’s is appalling.

In the end, the Snyder Cut is a scathing indictment of what some executives at Warner Brothers once did to infantilize audiences while chasing profits, but also a tip of the glass to what their bosses at AT&T did afterward, which was forcing the studio to clean up its dog shit.

Be the first to comment on "A cut above: ‘Justice League’ and Zack Snyder’s unlikely revenge on the new studio system"