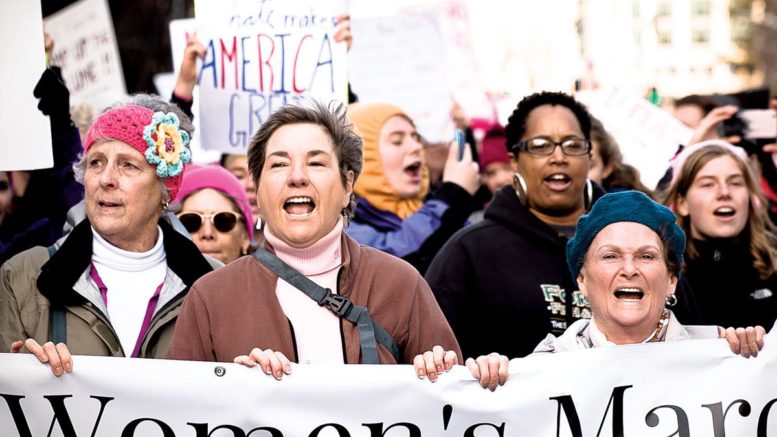 Editor’s note: Leader of Women’s March Sacramento steps aside after criticism and boycott by Black activists

In the latest drama surrounding Women’s March Sacramento, its lead coordinator announced Friday that she is stepping aside, less than a day after several prominent Black activists criticized her and announced a boycott of the group.

A letter signed by 10 activists—including Flojaune Cofer, Kula Koenig and Sonia Lewis—said that the Women’s March has been “problematic in its engagement with Black and Indigenous women” from its inception and that women of color have continued to be devalued.

They specifically called out lead coordinator Scarlette Bustos, saying her behavior had been “unacceptable—and at times has been manipulative and abusive—and we unanimously agree that she must step down or be removed from her leadership of this organization.”

Friday, Bustos replied that she is asking the co-lead coordinators to take over and will be sending an email survey to more than 100 women’s social justice leaders on next steps.

“Ladies, I am truly sorry,” she wrote. “I’ve learned that even though my intent was not to cause harm—nevertheless, I have caused harm. And for that, I truly apologize.”

“I ask for your eventual grace and forgiveness while I undergo my own growth and transformation, she added.

The Women’s March in Sacramento and nationally has been embroiled in controversy from the early days, after millions of women across America protested Donald Trump the day after he was inaugurated as president in January 2017.

More than 20,000 people marched in Sacramento, but the chapter here as in other cities was critiqued for not being inclusive enough. Some activists organized a Black Women’s March in Sacramento in July 2017.

Then, on the eve of the march’s third anniversary, Women’s March Sacramento’s newest president resigned and Bustos took the reins. Also leading up to the 2019 march, the leaders of Women’s March Inc., the organization behind the flagship march in Washington, D.C., faced claims of anti-Semitism and financial mismanagement.

In their letter Thursday, the Black activists said: “The issues in Sacramento are but a microcosm of the structural racism and the devaluing of Black women and women of color in the Women’s March national organization. We are not valued as thought partners and co-creators but rather as tokens.”

In her letter Friday, Bustos noted that while Women’s March Sacramento, as an organization, was dismantled in 2019, the event continued. This year, there was a virtual march with speeches on Jan. 23. She said her purpose as its lead coordinator was “to uplift the women’s social justice groups in Sacramento, so I thank you all for your past participation—because we all needed to see and hear your calls to action.”

But based on their letter, it doesn’t appear the apology from Bustos will end the boycott by the Black activists.

“We are BUSY doing important work in our community because we are under constant attacks trying to survive and thrive in a country plagued with racism, sexism, capitalism and attacks on our other intersectional identities,” they said. “As a collective, we will no longer spend our energy on the Sacramento Women’s March. Don’t call us. Don’t ask us. Lose our numbers and email addresses. Don’t slide into our DMs. We are DONE!”

1 Comment on "Women’s March Sacramento: Stepping off and stepping aside"