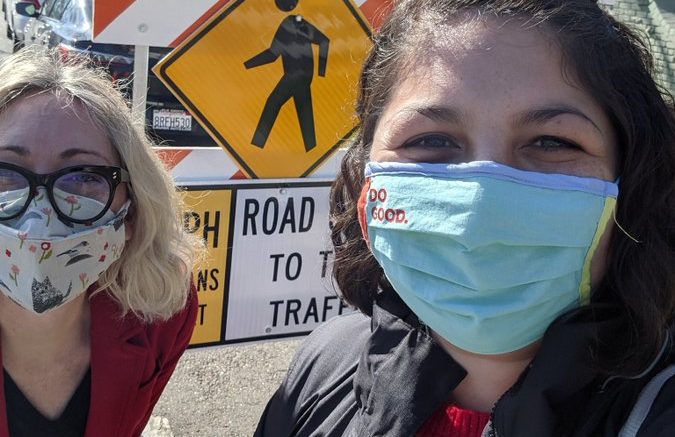 But the risk of pedestrian fatalities are a perennial risk is a bigger problem that will last far after the COVID-19 pandemic eventually passes.

So on Tuesday, the Sacramento City Council will consider the next moves to try to end traffic deaths by 2027. Council members adopted the “Vision Zero” strategy in 2017 after learning that Sacramento had the state’s highest number of speed-related traffic fatalities and collisions involving pedestrians younger than 15 and resulting in death or serious injury.

One plan on the council agenda Tuesday is to focus on the five most dangerous corridors in Sacramento with specific fixes:

The plan—put together after two years of community outreach and transportation study—calls for countermeasures designed for the specific problems along each corridor.

The fixes—such as pedestrian signals and crosswalks, redesigns of streets, new and differently timed traffic lights and sidewalk improvements—are designed to prevent collisions between vehicles and bicyclists and pedestrians and reduce traffic speeds. The plans are projected to cost $16.45 million for El Camino Ave., $12.85 million for Marysville Blvd., $11.9 million for Florin, $9.5 million for Stockton Blvd. and $8.8 million for Broadway/Stockton.

The plan also includes upgrades to the bicycle lanes in the three corridors with high numbers of crashes involving bicyclists: Marysville Blvd., Broadway and Florin Road.

On Tuesday, the City Council will also consider the Vision Zero school safety plan to improve access and safety at 20 public and private schools, chosen by the number of nearby collisions and after community input and study. (Schools next to the five corridors were excluded because of the other projects.)

“When implemented, the Vision Zero School Safety Plan will improve access to schools for students walking, bicycling, taking the bus, or being dropped off,” the staff report says. “These safety improvements will make active transportation and transit a more appealing option for a greater number of students.”

Be the first to comment on "Making Sacramento streets safer"