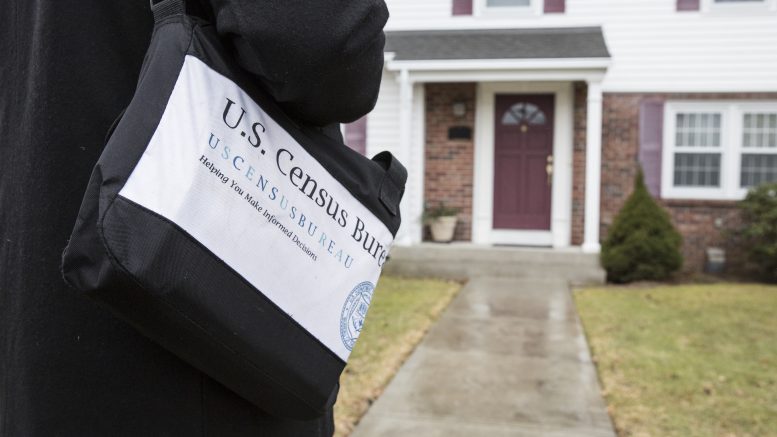 Officials want Californians to respond before the count ends Oct. 15

State Census officials and their partners said July 27 they are ramping up for one last push to get Californians counted in the next 30 days.

They did a similar effort in late July and early August before Census workers started knocking on doors. There were outreach events, social media efforts and ads in English and Spanish in Sacramento, Fresno, Los Angeles and other cities. And there was a statewide media blitz, leading up to a big “Get Out the Count” day on Aug. 6.

For those who haven’t completed the Census form either online or by phone or mail, the in-person visits started Aug. 11, while following local public health guidelines.

Following an NPR report on July 30, the Census Bureau officially announced Aug. 3 that it plans to end the in-person interviews, as well as self responses, on Sept. 30, not the previously requested Oct. 31. The bureau says it will hire more employees and finish its work by Dec. 30, as required by law.

“Under this plan, the Census Bureau intends to meet a similar level of household responses as collected in prior censuses, including outreach to hard-to-count communities,” the statement said.

On Oct. 2, facing an order from a federal judge, the Census Bureau announced that the count will continue through Oct. 31 after all.

UPDATE: But then on Oct. 13, the U.S. Supreme Court approved a Trump administration request to suspend that court order and end the count early. The Bureau then announced it will keep accepting responses at My2020Census.gov through Oct. 15 until 11:59 p.m. Hawaii time (2:59 a.m. Oct. 16 in California). The deadline for mail responses, phone responses and door knocking is also Oct. 15.

Ending the actual count earlier is increasing worries among Democrats of a politically motivated undercount, particularly of immigrants and people of color.

Nationwide, 64.9% of all households have responded either online, by phone or by mail, and another 17.5% have been counted by census takers, the Census Bureau says.

California officials said Aug. 31 that they plan to focus and spend $10 million to get people to self-respond in 2,000 low-responding and hard-to-count Census tracts in 21 counties, including Sacramento, in the next 30 days. Targeted outreach in 955 tracts will get $8 million; a phone bank and follow-up texts will get $2 million, with the goal to reach 1.1 million households in more than 1,100 tracts.

And there are a lot of Californians who have yet to be counted, though 10.3 million have responded so far. As of Sept. 16, that 68.4% self-response rate online or by phone or email tops the 2010 rate of 68.2%, officials announced.

In Sacramento County, the overall response rate is higher, at 72.8%. But officials are highlighting a big gap in the rates based on income and ethnicity.

On July 27, youths from a summer work program fanned out in Oak Park and left door hangers, and on July 29 there was a census caravan—both efforts to raise awareness and increase participation in Black neighborhoods.

City Hall and Mayor Darrell Steinberg are also trying to get the word out. Steinberg posted a YouTube video urging residents to make sure fill out the Census.

Officials say that the messaging on participating in the Census has evolved, with more emphasis on underserved communities getting their share of funding and on the Census being part of the movement for social and racial equity.

The pandemic has put the Census behind schedule, 90 days later for field operations and the previously requested 120 days to finish—to Oct. 31. It is the first such delay in at least 100 years. A once-in-a-century global health crisis will do that.

Still, the response numbers so far are pretty much in line with Census Bureau projections that it would need to contact about 30% of the population in person. The 2020 Census is the first being conducted mostly online.

Even before the pandemic, California was spending a record $187 million on the count because the state could lose one of its 53 seats in the U.S. House and billions of dollars of $800 billion-plus in federal money divided each year based on population.

Officials are trying to avoid a repeat of the 1990 Census, which missed an estimated 2.7% of the state’s population, far higher than the 1.6% undercount nationally. That also cost the state a congressional seat and at least $2 billion over the following decade.

And California’s undercount could be even bigger if the Trump administration gets its way and the Census excludes undocumented immigrants from the count.

“You can’t be a law-and-order president if you keep breaking the law,” Becerra said in a statement. “This latest attack on the census is just that — it’s unlawful. President Trump still believes he can sidestep the U.S. Constitution.”

Be the first to comment on "Crunch time on Census"