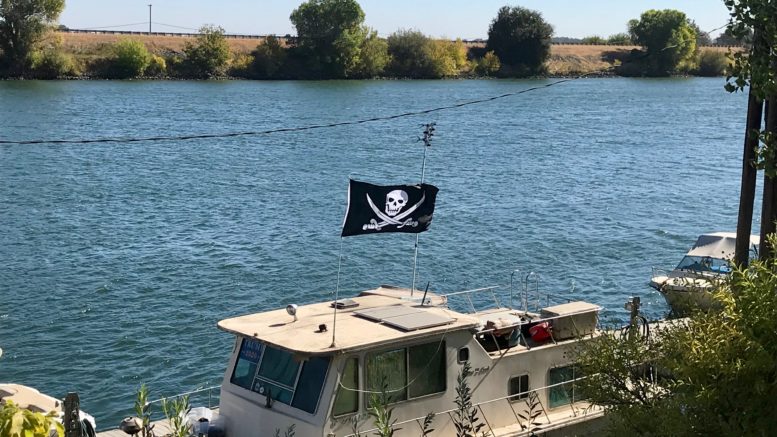 Shame on MWD and Gov. Gavin Newsom for ignoring the concerns of people across the state about the negative consequences of a Delta tunnel. The most ironic comment was from one of the few tunnel supporters (Charlie Wilson of the Southern California Water Coalition) who asked that MWD listen to ratepayer caller comments before those of people with area codes outside of the MWD jurisdiction.

As long as MWD relies on water imported from outside MWD’s area, those of us where the water originates should have a voice.

These public hearings are a farce, intended to project the appearance of level-handedness. “We want to make sure everyone has a voice. We just aren’t going to listen to it” is the message we should all be hearing.

Make no mistake. Their minds are made up long before these hearings are scheduled. We should all take pause when virtually all voices who speak in favor of this project have a financial incentive to do so.

Moving the Sacramento Zoo to a new location is long overdue. The existing location will lose its accreditation with the Association of Zoos and Aquariums, which would result having to relocate most of the larger animals. Also infrastructure at the current location is old and costly to maintain or improve. Add to that there is very little parking in the area.

Moving to the Natomas area would allow the zoo to expand and improve the animal enclosures, increase the programs it offers to the public, and provide the much needed parking.

Charming where it is

Makes no sense to move the zoo to land on the floodplain. Plus, the current zoo is charming and has Fairy Tale Town. Just expand by taking over the golf course.

In Chicago, Brookfield Zoo is sprawling and expensive, while Lincoln Park Zoo is charming and free. Absolutely loved Lincoln Park. Brookfield was a waste of time and money.

I support sanctuaries, not zoos. Don’t move the zoo, rehome animals if necessary and renovate.

Re: “How to make progress in the next four years” by Jeff vonKaenel (Greenlight, Dec. 15):

Democrats and Republicans figured out how to get stuff done in the ’90s when Bill Clinton was president. They can do it again only if they lose the attitude that making a compromise is losing. They need to tell it like it is that it is a win-lose proposition. But to do that, politicians need to ignore the extremists of each party.

Melissa Brackmeyer Cushing asks “why has EDD been allowed to slide into such a deplorable position?”

In case she missed it, we’ve been receiving a steady diet of “government is the problem” accompanied by “starving the beast”—making sure it’s small, incompetent and utterly sabotaged.

The question she needs to ask is, “Who benefits from disempowered government?” Then she needs to take a look at the people profiting from privatizing government functions, turning the economy into a series of toll booths. “Why do we still tolerate this takeover?”

Small businesses like mine, who are the backbone of our society, have truly borne the brunt of the pandemic. My family-owned business has not only had to worry about the safety and health of our elders, but also work harder than ever to keep our business afloat. On top of those difficulties, our business was recently vandalized.

Meanwhile, California lawmakers are focused on an extravagant project that would benefit themselves, not the community. You likely have not heard of this secretive $1 billion project to demolish and rebuild the historic Capitol Annex because the public has been left out as this plan was hatched. Our leaders should be focused on helping California’s small businesses, rather than cushioning their offices at the Capitol and stripping us of valuable dollars. This project must be put on hold, so our lawmakers can address the more pressing and serious issues that plague our state.

I was watching the news this morning and was appalled to find out that the county would like to cancel the “point-in-time'”count of Sacramento’s homeless population next year, citing reasons of their “inability to conduct the count safely.”

This is an extremely important time for Sacramento to be engaged with the homeless population.  To NOT conduct the count in the wake of COVID-19 seems a grave disservice to those of us who have been homeless since before COVID-19 and those who became homeless due to the pandemic. It is already a travesty that homeless funding this year had been consumed by housing less than a tenth of the homeless population in Sacramento because of the pandemic.

Northern California’s homeless problem will not resolve itself.  It requires constant vigilance, a multi-tiered approach and most of all an agreement of county officials to actually want to end homeless in our county, and not just China new and creative ways to shuffle encampments and make homelessness less visible.