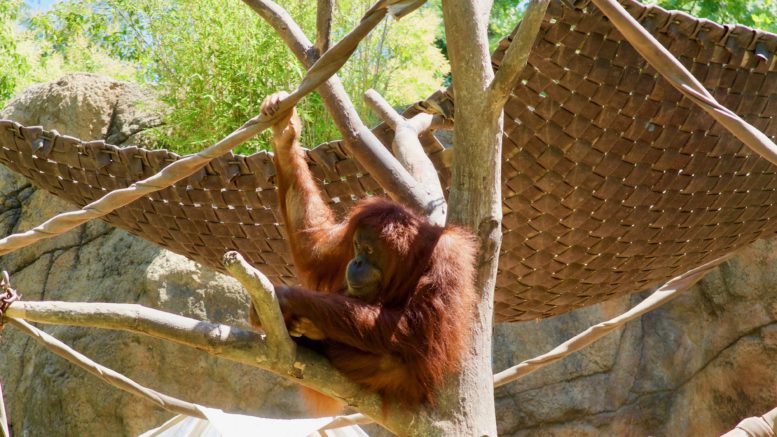 The Sacramento Zoo needs to find a new home, and Natomas residents want the city to follow through on its pledge of community development. Photo by Scott Thomas Anderson

For families and business owners in Natomas, it was a major betrayal: In 2013, elected officials announced that while most of that area’s economic activity was centered around Sacramento Kings games, the only way the team would stay was if it moved to a glimmering new arena downtown.

Not to worry, city leaders assured Natomas residents, because Sleep Train Arena would be replaced by a new “shovel-ready” attraction before Golden 1 Center even opened. The City Council and the Kings put that promise in writing in the term sheet for the Golden 1 deal.

Seven years later, Sleep Train is on standby as a plague-time field hospital, and there’s no sign of a new development.

But on Tuesday, the council will discuss a much-anticipated feasibility study on expanding and relocating the Sacramento Zoo. That analysis considered four locations for a re-imagined zoo that could draw visitors from all over the country. Two options are in Natomas, and the study’s authors are recommending the city go with one of them.

“It does sound like, should they decide to move forward at this time, North Natomas is on the top of the list,” said Brandy Tuzon Boyd, a member of district’s grassroots We Want a Zoo campaign.

The zoos they are a changin’

Sacramento officials and zoo boosters didn’t initially look to build a new facility because they wanted to compete with Oakland and San Diego for animal-watching tourism, but rather because they didn’t have a choice.

Built in 1927, the current zoo is a relic from a bygone era of wildlife captivity standards. Though its director Jason Jacobs and his team have made numerous adjustments to maximize the comfort for animals, the zoo is essentially locked into 14 acres of Land Park and saddled with some structures dating back the 1960s.

The more the science of wildlife health has advanced, the more Sacramento’s facility has been in danger of losing its Association of Zoos and Aquariums accreditation. Jacobs has brought this up publicly, explaining that the zoo sent its tigers to other facilities because it couldn’t properly house them. That’s a trend that will only continue, Jacobs has said.

Last year, the city commissioned the feasibility study to see where it could build a state-of-the art zoo that emphasizes animal wellness and wildlife conservation. Supporters point to the Oakland Zoo, which has spent years revamping its facility to feature science-driven habitat standards and to play a role in state and federal wildlife rescue efforts. Those changes have paid off in goodwill and dollars. The Oakland Zoo saw nearly 1 million visitors in 2019. According to its director, Joel Parrott, as well as the director of the pioneering Detroit Zoo, there is a vast tourism market for facilities that emphasize their animals’ care and happiness.

The feasibility study suggests Sacramento is in a position to be a national zoo innovator, as well. “Immersive exhibits, unique experiences, and collaborations are expected to drive increases in visitation, out-of-town visitors, and memberships,” its authors wrote.

But who’s who in the zoo?

When Sacramento leaders held their latest public hearing on a zoo move in the summer of 2019, it wasn’t clear that Natomas was in the lead to be the new location. Though the chamber was packed with residents who backed the Sleep Train Arena site, council members Steve Hansen and Jeff Harris wondered aloud if the city-owned Bing Maloney Golf Course in South Sacramento might not be a better option.

It found that Bing Maloney would not be a strong option unless far greater community development plans were in place. Additionally, the continued operation of the nearby Executive Airport would take away from the zoo’s appeal. Its analysis of expanding the current site in Land Park was even less encouraging, finding that the best-case scenario was that the zoo would grow just enough to hold onto its accreditation, but not enough to add new attractions.

The study recommends that the city go with whichever Natomas site it can obtain funding for, with the more likely of the two being North Natomas Regional Park, which it already owns and has more than 100 acres of undeveloped land on.

Any new zoo would be financed by a mix of private donations, fundraising efforts and city revenues. The study suggests that building the zoo at the ghostly Sleep Train Arena site presents greater opportunities for business partnerships.

The Kings have not committed to selling the Sleep Train site to the city or a group representing the zoo. Representatives for the Kings met with the We Want a Zoo Campaign in November 2019 and participated in the feasibility study.

Tuzon Boyd said the members of her campaign are especially grateful to the city staff who have continued to work on the project despite all the demands put on them by the COVID-19 pandemic.

“This report is coming a year after we expected it,” she said, “but on the whole, we’re heartened that this conversation is still alive.”

Be the first to comment on "Will city finally fix a big broken promise to Natomas?"