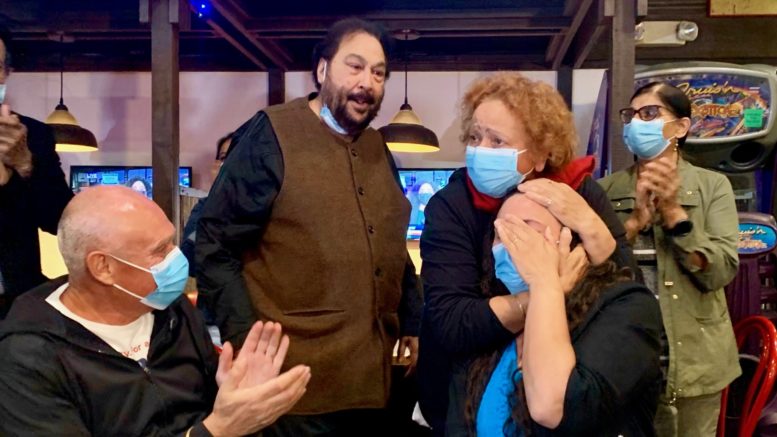 Once viewed as a trailblazer, Steve Ly’s political fortunes turned in 2020

Steve Ly made national headlines in 2016 by becoming the first Hmong-American mayor in the country’s history, using his hardscrabble back story to highlight the way so many refugee dreamers become threads deeply embedded in their community’s fabric.

But Ly’s tenuous relationship with Elk Grove City Council members brought acrimony to his 2018 re-election bid—and now in 2020 his run as mayor has been decisively ended.

Ly spent the last year trailed by accusations that associates of his engaged in bullying, harassment and making threats on social media. Ly vehemently denies any involvement in the ugliness, but the barrage of negative news stories—and the Sacramento County Grand Jury investigation that followed—clearly took a toll on election night. When the first returns came in, Singh-Allen had a commanding lead of 46% of votes cast to Ly’s 35%, while another challenger, Brian Pastor, further split the electorate with 17%. Singh-Allen’s lead only grew in the coming days.

Ly’s former rival for mayor, Councilman Darren Suen, easily won re-election against opponent Ali Moua. Suen’s attempt to unseat Ly in 2018 garnered support from the rest of the City Council, along with the school board president, a planning commissioner, the chamber of commerce and the police and firefighters’ unions.

Ly has long been thought of as a mayor on an island. As the controversy around him grew, that island got markedly smaller.

“This win is not about me, it is about the well being of Elk Grove,” said Singh-Allen, the first Sikh woman elected to the city’s governing board. “I look forward to being a champion for our city and bringing our community together. Whether you supported me or not, I invite you to work with me to move our city forward. From now on, everyone has a seat at the table. Elk Grove’s best days are ahead.”

Singh-Allen added that her first 100 days in office will be focused on the economic recovery from the COVID-19 pandemic, good governance and traffic and transportation planning.

Ly told SN&R he’s looking forward to spending more time with his family and continuing his work as a youth counselor in Elk Grove. He also said he expects to be personally vindicated by the results of the grand jury investigation.

“The election was highjacked by the accusations, and we live in a society where I think it’s important that people are treated with the benefit of the doubt,” Ly said. “I felt like in this election I wasn’t afforded that at all.”