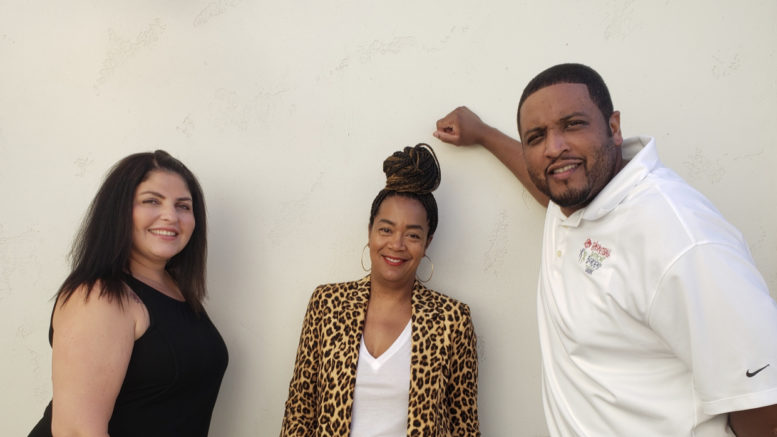 In a landmark decision, the Sacramento City Council unanimously voted to add 10 new storefront cannabis dispensaries over the next two years and award the new licenses to applicants who participated in the city’s social equity program.

Allowing five storefront dispensaries in 2020 and another five in 2021 represents a one-third increase, bringing the total number of Sacramento dispensaries to 40. The current cap of 30 limited opportunities for those who went through the city’s Cannabis Opportunity, Reinvestment and Equity program.

“The work is never done, certainly not done to address equity, but this is a significant advance,” Mayor Darrell Steinberg said after the Oct. 13 vote. “There were some who said it should only be two or three [dispensaries],” he said.

The council’s action capped a three-year effort to expand the number of dispensaries, while making progress toward its goal that at least 51% of ownership comes from CORE participants. Such social equity programs fulfill one of the promises of Proposition 64, the 2016 statewide ballot measure that legalized marijuana for adult as of Jan. 1, 2018—to correct injustices from the war on drugs and “reduce barriers to entry into the legal, regulated market.”

Sacramento’s CORE program started in 2018 to help participants who have previous cannabis convictions and come from neighborhoods affected by the war on drugs. It is administered by the Greater Sacramento Urban League and the Sacramento Asian-Pacific Chamber of Commerce.

Participants in the program receive technical assistance when trying to start a cannabis business. License fees and some overhead costs are temporarily waived, giving the new business time to establish a foothold in the industry.

Under the new ordinance, 25% of all Sacramento dispensaries will be minority owned. The permits will require at least 51% ownership and profit sharing by CORE participants for at least 10 years.

Malaki Seku-Amen, CEO of the California Urban Partnership, reminded the council that it had gone only halfway towards its goal for 50% minority ownership of all Sacramento dispensaries. Del Paso Heights was set aside as a special planning district allowing dispensaries to be located within shopping centers and along the Arden Way corridor.

“The work is never done, certainly not done to address equity. But this is a significant advance.”

Other public comments during the Oct. 13 council meeting were concerns that veterans were being left out of the process, that a lottery system would be the fairest way to award licenses and that 10 dispensaries at once were too many.

But council members Rick Jennings, Steve Hansen and Larry Carr, who pressed for 10 dispensaries, were particularly excited to approve the expansion.

“I don’t want to live in a city where I can’t say we have one African-American dispensary in my city,” said Jennings, emphasizing his “150% yes” vote. “I am happy that 10 permits will be issued at the same time.”

“I am excited that there is a unanimous vote for the first time ever on a cannabis item,” Hansen added.

Mayor Pro Tem Angelique Ashby made the vote unanimous, despite having reservations about more dispensaries. “It’s time to stop punishing the CORE participants, who are waiting for us to release this process, for them to be involved, because what happened before them isn’t correct,” she said.

Ashby was referring to the problem with dispensary ownership transfers that allowed the monopolization of several businesses, which violates an ownership rule set out by the city. It was discovered last year that two individuals granted dispensary licenses in 2011 later broke the rule by acquiring seven more dispensaries with new business partners, and renaming them under the Kolas brand.

In response, in October 2019, the City Council placed a 120-day moratorium on any new ownership transfers, but nothing else was done to correct the rule violation. “We are not enforcing it, and we need to figure out a way to do that,” said Ashby.

She would have preferred to weed out current owners who broke the rule and reissue those freed-up licenses to CORE participants. Ashby said she fears that by simply adding more storefronts, the local cannabis market could soon become oversaturated.

Who will get new licenses?

The process of awarding the 10 new licenses will be conducted by Sacramento’s Office of Cannabis Management. Director Davina Smith told council members that an RFQ (request for quotation) process will be conducted, rather than using a lottery system.

“The submittals will be evaluated by neutral, unbiased individuals who have relevant knowledge and expertise, and are not involved with the cannabis industry in Sacramento, and are not employed by the city,” said Smith.

CORE participants were given a chance to prioritize the evaluation criteria through a survey they completed afterwards. Smith reported to council members that the 81 respondents put extra importance on CORE participation, business skills and demographic background, and the least importance on letters of recommendation or memberships in industry organizations.

“It’s been a long time coming,” said Maisha Bahati, owner of Crystal Nugs cannabis delivery and a CORE participant. “It is a huge opportunity for those who have been most affected by the war on drugs, and definitely a step in the right direction for social equity here in Sacramento.”

Bahati, who was accepted into CORE in 2019, and her partner Melina Brown opened Crystal Nugs as a delivery service. “The program has presented Crystal Nugs with a multitude of opportunities, and has definitely contributed to our sustainability and growth,” Bahati said. CORE waived a $9,700 annual business operating permit for the first two years, and granted $25,000, which Crystal Nugs used to buy three delivery vehicles.

“It’s a huge opportunity for those who have been most affected by the war on drugs, and definitely a step in the right direction for social equity here in Sacramento.”

Like many delivery companies, they have done well during the COVID-19 pandemic. Now, they hope to transform their business into Sacramento’s first Black-owned storefront dispensary.

“Though there are many ways to participate in the local cannabis industry—including cultivation, manufacturing, testing and delivery—the storefront dispensary is the most sought-after business model,” said the city’s Smith.

Be the first to comment on "A landmark for cannabis equity"