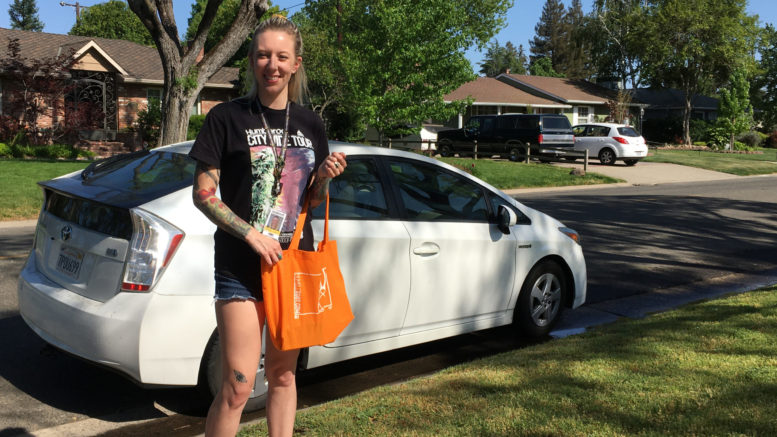 It has been a busy spring for Sacramento’s cannabis delivery services. They are considered essential businesses under the stay-at-home order, and many have benefited from dramatic increases in business, a telling reflection of the changing habits among many customers, who have hunkered down to help prevent the spread of COVID-19.

“Yes, March and April have been big months for Crystal Nugs,” says co-owner Maisha Bahati. “Our sales have tripled since the start of the shelter-in-place order.”

Bahati said that every Crystal Nugs product has been popular, including flower, cartridges, edibles, tinctures and bath bombs. “Initially, many customers stated they were stockpiling because they weren’t sure if cannabis retailers would remain open,” she said.

Bahati told SN&R that she believes that stress and anxiety account for the increase in sales, “as well as a lot of people working from home.”

“People are definitely buying in bulk,” Wilson says. “I think it was because of the virus, but also because they were stocking up for 4/20.”

Wilson also said that tips are good, especially from thankful first-time customers. “Some forget to tip, but then they tip you more the next time you go back,” she says.

Over at Silverstreak Solutions, co-owner Sterling Harlan said that customers are buying in bulk, and taking advantage of special offers. According to Harlan, Silverstreak saw a 10% rise in the total amount per average order.

“Specifically, we have had the biggest percent increase in the vape and edible categories,” Harlan says. “Vaping and edibles offer consumers a way to self medicate, while being able to keep their cannabis usage discreet from their children.”

“My assumption, is that the increase in both categories is due to parents and professionals who are working from home or on a temporarily lay-off.”

But the cutback in smoking products could also be for health reasons. According to a recent survey from AmericanMarijuana.org, a nonprofit group that reviews CBD products, 28% of respondents switched from smoking cannabis to using other delivery methods, including edibles and capsules.

The organization questioned 1,017 consumers about their attitudes and practices since the pandemic began.

The survey also asked if cannabis users had tried other kinds of drugs to reduce anxiety during the pandemic. While 34% of respondents said they had tried using other anxiety-relief supplements, 76% of them still believed that weed is more effective.

The study also revealed some disturbing results. Despite the COVID-19 outbreak, more than 28% of users kept sharing joints, bongs, bowls, pipes and other inhaling devices with friends. When asked why, more than 60% of those respondents said because they just wanted to, while the remaining 40% called sharing a “hard-to-break habit.”

In the meantime, delivery services hope their prosperity continues even as counties begin to slowly reopen other businesses.

“I can definitely say that cannabis delivery is doing very well with everyone complying with the stay-at-home recommendations,” said Crystal Nugs’ Bahati. “Having a delivery license is the golden ticket right now.”

Be the first to comment on "Cannabis practices in coronavirus era"