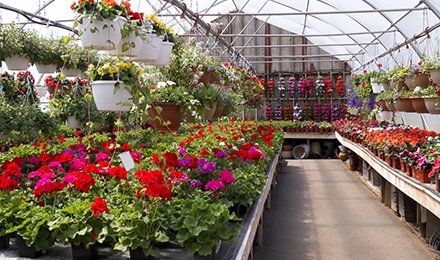 Gardening is a booming business—again—as more people discovered the joys of growing food and flowers during the pandemic.

A major beneficiary of this renewed interest is Green Acres, a local family-owned chain that’s had its own growth spurt. In recent weeks, Green Acres announced the acquisition of Eisley Nursery in Auburn and plans to build a new nursery in Citrus Heights.

Mark Gill and his children, Travis Gill and Ashley Rossi, own and operate Green Acres, which has become the major retail nursery business in the greater Sacramento area. Founded in Roseville in 2003, Green Acres already has five retail locations plus Matsuda’s, its growing operation.

With the purchase of Eisley Nursery, Green Acres gets another successful nursery and growing operation, plus a big chunk of history. Founded in 1932, Eisley Nursery has been family-run in the same location for three generations.

“It’s an institution, a piece of the community,” Travis Gill said in a phone interview.

Operating at its same Nevada Street location in Auburn since its beginning, Eisley Nursery started as a roadside attraction, selling pansies to passersby.

Eisley Nursery and Green Acres already have a close relationship. As part of its greenhouse operation, Eisley produces thousands of vegetable plants and annuals that are sold at Green Acres’ nurseries. Eisley also is a major poinsettia producer, growing these colorful holiday plants for outlets throughout the Sacramento area.

“We’ve been in partnership this whole time anyway,” Earlene Eisley-Freeman said. “They’re the right fit to keep us a working nursery.”

The whole deal came together is just 45 days, Travis Gill said, in part because the two families had a lot in common.

“From the family aspect, their dynamic is exactly like ours—I’m just 30 years younger,” he said. “They work with each other every day, same as my family.”

The Eisley family is retaining the property; several family members live on its 14.7 acres. Green Acres will lease the nursery’s facilities. No financial details were disclosed.

“We’ve been in partnership this whole time anyway. They’re the right fit to keep us a working nursery.”

Green Acres will focus on Eisley’s vegetable production, Travis Gill said. “It all starts with the plant, and the quality of the product,” he said. “Vegetables will be part of our focus right out of the gate.

While finalizing its deal with the Eisleys, the Gills also moved forward with plans to create a nursery on San Juan Avenue at Greenback Lane in Citrus Heights. Renovation has already begun on a former antique mall.

Green Acres expects to have the new store open in spring 2021—just in time to plant tomatoes.

Be the first to comment on "All in the family"