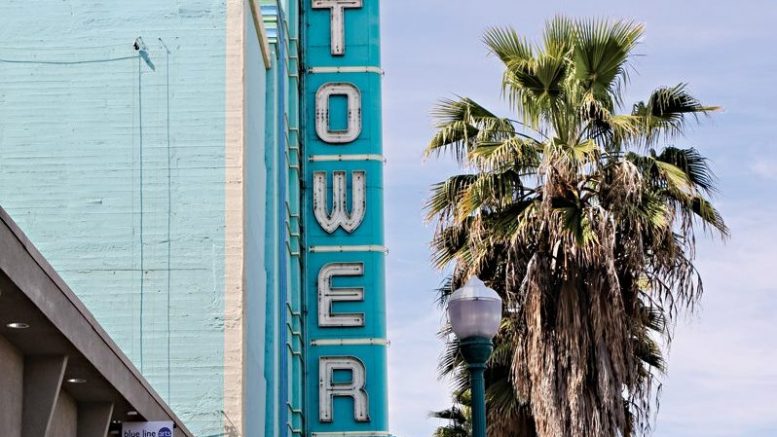 City sells venue to foundation and puts hope in a university, again

The Angelo Tsakopoulos-connected University Development Foundation is acquiring more cheap property in downtown Roseville with promises of bringing a university to Placer County.

In early August, the Roseville City Council voted 5-0 to approve a one-year option to sell the circa-1940 Tower Theatre at 417 Vernon St., which the city has owned since 1989, for $1 to the foundation.

Hopes for a university also spurred the city to sell its former downtown fire station to the foundation for $190,000 in March 2017 despite having to pay $7 million to build a new station blocks away. A graduate campus for the British-based University of Warwick was to occupy the fire station, but the foundation announced in December 2017 that those plans had collapsed.

Foundation president Kyriakos Tsakopoulos said Thursday that both the fire station and the theater would be in a package to attract a university. “We are trying to put the best offer on the table for the folks we’re talking to,” he said.

Tsakopoulos also stressed repeatedly during a nearly half-hour phone interview with SN&R that it was too early to say which university it might be.

“One of the things that I’ve tried to learn during this whole process is, rather than get everybody excited about somebody we’re talking to, to try to underpromise and overdeliver,” Tsakopoulos said. “So I’m more inclined to make an announcement once I’m certain we have somebody.”

In a council communication dated Aug. 5, Roseville Economic Development Manager Wayne Wiley said that Angelo Tsakopoulos had given Tower Theatre to the city in 1989 with deed restrictions “recorded on the property prohibiting the sale of the building without (his) consent and restricting the use of the facility for the benefit of the arts in perpetuity.”

Kyriakos Tsakopoulos said his 84-year-old father, a prominent Sacramento region developer, had purchased the theater and land next door, where a city garage art and ground-level art galley now sit, to save the theater from demolition.

In recent years, Green Valley Theatre Company has performed plays at the theater, which has also been used as a cooling center during the recent heat wave. In February 2017, the theater was the scene of a raucous town hall held by Rep. Tom McClintock that ended with him getting a police escort to his car and subsequently stirring national outrage by calling his protesters anarchists.

But Wiley noted that the city had “determined that the ongoing costs of owning and maintaining the Tower Theatre exceed the benefits.”

“One of the things that I’ve tried to learn during this whole process is, rather than get everybody excited about somebody we’re talking to, to try to underpromise and overdeliver.”

Both the theater and fire station sales came despite the foundation likely having ample reserves. The most recent publicly-available tax filing from 2018 for the nonprofit showed it having net assets of $93.4 million and expenses of just $433,290.

Asked why the foundation couldn’t pay the city more than $1 for the theater, Tsakopoulos acknowledged that the foundation had “enormous assets” that had been given as gift, but said they weren’t liquid.

“We are not in a position to essentially buy buildings and things like that,” Tsakopoulos said. “This was a way to give the University Development Foundation the opportunity to include it in essentially an offer for a college to come in the context of the [foundation] utilizing its other assets to bring a college.”

How these other assets might be developed has been written about since the early 2000s, including in SN&R.

Tsakopoulos said the foundation also owns two parcels totaling about 1,170 acres near western Roseville. One parcel would be a mixed-use development whose proceeds would go into an endowment that could fund developing a university on the other parcel, he said.

Tsakopoulos insisted that the project wasn’t about money and that it represented the vision of the Prim and Cummings families and Tsakopoulos’s father.

“The way he always puts it is, ‘We’re only passing through life,’” Tsakopoulos said. “He wants to leave a legacy.”

During the Aug. 5 meeting, Roseville Economic Development Director Laura Matteoli described the one-year option the foundation now has on Tower Theatre as an escrow period. Asked if he would consider extending the option if talks with a university haven’t progressed enough at the end of that period, Tsakopoulos said he hoped not.

“This has been a long promise and I think that we’ve come far enough along that we understand what’s possible and what may not be possible,” he said. “I’d like to see this thing come to a decision and a conclusion within that year.”

Three years after a sheriff’s vehicle paralyzed her, a 12-year-old girl has died