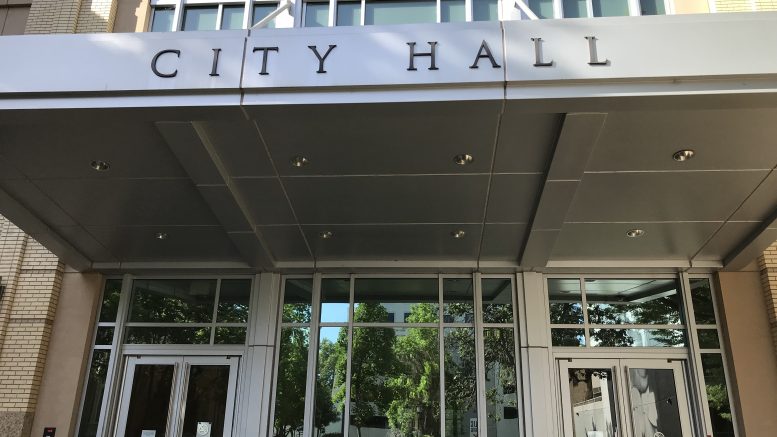 While much more attention is focused on a proposal to “Defund the Police” and set aside $15 million for “participatory budgeting,” another item on Tuesday’s City Council agenda shouldn’t be lost on Sacramento taxpayers.

When the agenda was posted Thursday, council members faced a staff recommendation to continue delaying $10.5 million in district construction projects they had championed to free up cash for other priorities.

But Mayor Darrell Steinberg’s office and city officials came up with a last-minute plan to dip into reserves to keep nearly all the construction on track.

The projects include $1.9 million for the Del Paso Heights sports complex, a $1 million renovation at Winn Park, soccer fields, park improvements and several others.

There is one exception: $4.5 million for the long-delayed Sacramento River Parkway bike trail through the Pocket still must be firmed up. But the mayor promised: “I am good for that.”

District 7 Councilman Rick Jennings said residents are excited about the trail and if it doesn’t happen, 80,000 constituents will be at his door.

Council members were happy about the solution. But Councilman Jeff Harris cautioned that it could put the city in a tougher spot with looming budget deficits.

“We need to be very careful,” Assistant City Manager Leyne Milstein said. For instance, she said, the city is hoping to get federal CARES Act reimbursements for $3 million to $4 million spent on the police reform protests.

The city’s financial picture could very well worsen the rest of the year with the COVID-19 recession.

City officials say that the 2020-21 budget was based on assumptions that businesses would start reopening by July 1 and would be fully operational by next summer. But many business had to shut down again in July when COVID-19 cases spiked.

While it will be months before revenue projections can be updated—particularly sales taxes—officials say, there are some early indicators.

Hotel taxes from April through June dropped to $2 million, compared to $9.5 million for the same period in 2019. The city is projecting a $3.2 million shortfall in parking revenue in the general fund. And revenue from four digital billboards is down $30,000 to $55,000 a month.

The only bright spot? Cannabis business taxes, which are coming in nearly $5.2 million above budget.

Steinberg, however, said he’s hopeful that more federal aid might be on the way to cities.

And the mayor said while he didn’t want to gloat, he pointed out that even with the financial challenges, the city is keeping neighborhood construction on track, invested $89 million in federal relief to get the community through the pandemic and is funding other priorities—all without cutting basic services.

Not too old to learn