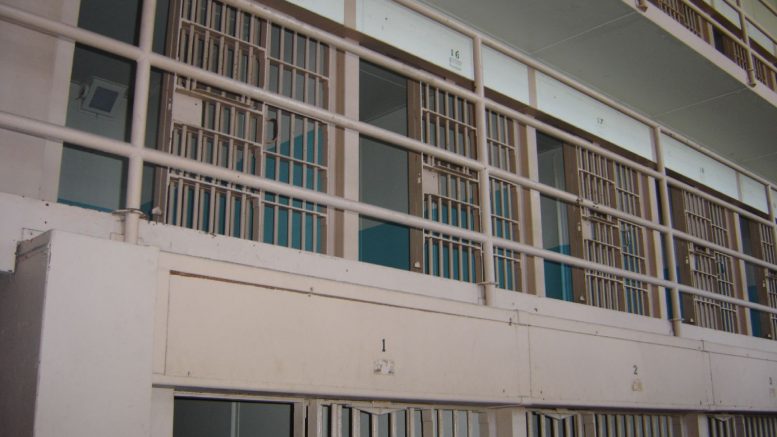 More than 570 people have died from COVID-19 in America’s prisons and jails, according to a new report. (Photo from Wiki Commons)

Every state in America is failing in its response to COVID-19 in prisons and jails—and California is in a large pack that is doing particularly poorly, according to a new report.

The study, released Thursday by the ACLU and Prison Policy Initiative, gives California an F+. The nine states that did the best, however, only received a D-.

This look at this particularly vulnerable population is being published as COVID-19 cases overall are spiking in California and more than 20 other states as stay-at-home orders are loosened. The researchers point out that outbreaks at jails and prisons threaten people on the outside as well, because employees go home and prisoners get released.

When the pandemic started in March, public health experts warned that prisons and jails could become coronavirus hotspots because of crowded conditions, poor sanitation and limited medical resources. Advocates feared that policymakers and corrections officials would be slow to respond because those behind bars are disproportionately poor and people of color.

That’s exactly what has happened, according to the report.

“The results are clear: despite all of the information, voices calling for action, and the obvious need, state responses ranged from disorganized or ineffective, at best, to callously nonexistent at worst.”

The study adds that “no state has done enough and that all states failed to implement a cohesive, system-wide response”—with deadly, but predictable consequences: As of June 22, more than 570 incarcerated people and more than 50 correctional staff have died from COVID-19.

In California, that includes 19 in state prisons and two in jails, plus 15 in federal prison and one in immigration custody.

“State responses ranged from disorganized or ineffective, at best, to callously nonexistent at worst.”

To measure how states have responded to the crisis, the study looked at whether they are providing testing and personal protective equipment to staff and inmates; whether states have reduced the populations in county jails and state prison; whether they have sped up releases of medically vulnerable individuals; and whether states publish regularly updated, publicly available data on COVID-19 in their prisons.

Each state received a certain number of points based on each measure, then each state’s score was converted to a 100-point scale. Finally, researchers deducted 1 point for every 5 deaths per 10,000 prisoners.

California gets points for doing testing, providing masks, updating data and reducing jail and prison populations. But it doesn’t get points for ordering early releases, and gets docked for the deaths.

While some states have significantly cut local jail populations, none have reduced state prison counts enough, the study says. Widespread testing for COVID-19 is rare, and only a few states disclose how many incarcerated people are being tested.

“It has never been clearer that mass incarceration is a public health issue,” the report says. “As of today, states have largely largely failed this test, but it’s not too late for our elected officials to show that they can learn from their mistakes and do better.”

City says it can clear homeless camps during COVID

Be the first to comment on "Big fail behind bars"