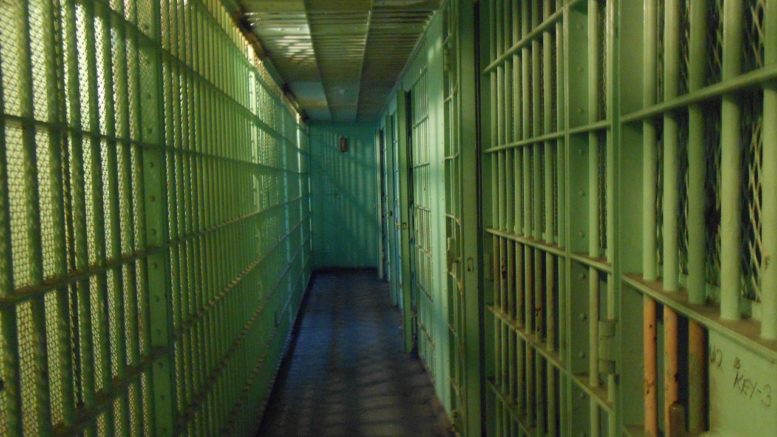 An inmate who was being held in isolation inside the Sacramento County jail was released after testing positive for COVID-19, a federal judge said Thursday.

United States Magistrate Judge Allison Claire said judges were informed of the infection as part of the twice-daily briefings they receive from all custodial facilities. Claire was presiding over a federal bail hearing for Antonio Deshawn Long-Andrews. The 25-year-old has been at the aging downtown lockup on a no-bail federal hold since the FBI put him there in December 2018, according to online booking records.

Even with a virulent respiratory illness that has wiped out 265,000 lives around the world, including 47 people in Sacramento County, and is racing through the federal prison system, the magistrate said she just couldn’t grant an emergency release to an accused pimp who allegedly ran women from Sacramento to the Bay Area and Los Angeles using the internet.

“This is a unique case of unique and profound violence,” said Assistant U.S. Attorney Brian A. Fogerty. “This is a case that requires detention pretrial.”

Federal defense attorney Toni White argued that the confirmation of COVID-19 in the jail, her client’s personal growth, a positive psychological evaluation and an instance where he voluntarily turned in jail keys that were left in his cell—despite pressure from other inmates to pass them around—indicate that he wouldn’t be a risk to flee or commit another crime if released on house arrest with an ankle monitor.

Sacramento County officials previously denied SN&R’s request for COVID-19 information about its jail system, saying its public health department wouldn’t release testing data. According to public records obtained by SN&R, the Sheriff’s Office has initiated 80 emergency medical transports from its two jails downtown and in Elk Grove between Feb. 1 and March 19. Another 53 inmates have been transported for medical appointments.

Sheriff Scott Jones complained during an April 24 press conference that judicial rulings had forced him to release more than 1,000 of his inmates, most of whom are awaiting trial.

“He is human,” White, who runs an offender rehabilitation program, said of her young client. “He is going to have the same fears that we do. And if there was ever a reason to show humanity to our clients … it’s right now.”

Judge Claire said she was moved by White’s passionate defense of her client, but ultimately couldn’t get past his lengthy track record of violating court orders and the terms of his probation. And while the judge said the unprecedented health crisis has pressed her and her colleagues to figure out possible conditions of release, she simply didn’t see compelling medical evidence that made Long-Andrews a candidate for such action.

“I’m going to deny the motion, with regret,” Claire said. “You have made a heroic effort on behalf of your client, Ms. White. But the degree of danger is just not overcome by everything you have proffered, and it’s been a lot.”

With the Holbrooke Hotel’s restoration, a piece of California history gets second life