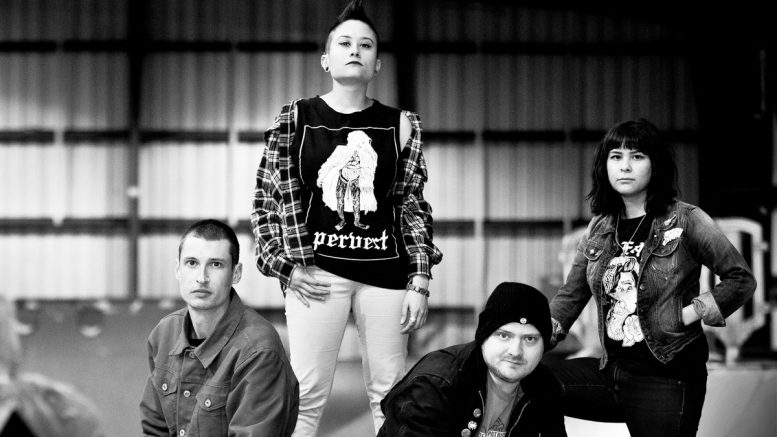 ¡Las Pulgas! is one of many Sacramento bands donating its Bandcamp proceeds to activist organizations in support of social and racial justice. (Photo by Nicole Fowler)

Since March, the online music platform Bandcamp has waived its fees on the first Friday of each month, allowing artists who use the streaming service to earn a little extra money to help cover coronavirus-related show cancellations.

For the past few months, SN&R shared bandcamp.com/tag/sacramento with readers to make it easier to find local bands to support. As the nation continues to navigate the pandemic, now musicians are speaking out against police violence against people of color, most recently, the brutal killing of George Floyd by police in Minnesota. These injustices compelled many Sacramento bands to augment the power of in-person protest with the money they make from Bandcamp.

Bandcamp is becoming more of an activist ally for the black community: Beginning this Juneteenth, which marks the end of slavery, Bandcamp will begin a yearly donation of its June 19 proceeds to the NAACP Legal Defense Fund.

Several bands reached out to SN&R to say they are giving their first-Friday Bandcamp proceeds to activist organizations, while others listed below were recommended by readers. Here are some artists participating today—and in some cases all month—to help you combine activism in support of local music:

Venitian Veil, a band with a darker sound, explains its choice to donate proceeds: “We don’t make much from our music, so we thought a week’s worth of proceeds would go further. It seemed the least we can do, as financially stable people, to support the protesters out there putting their asses on the line, fighting for a better tomorrow … we chose NorCal Resist; Susan did some research and saw just the vast amount of programs they had. Aside from bail relief for the current protests, they do a lot of good work with undocumented immigrants and have other community programs. Helping fix brake lights to prevent pullovers is particularly ingenious.”

Th’ Losin’ Streaks‘ front man and prolific garage-rock stalwart Tim Foster, explains his band’s Friday donation to the Minnesota Black Visions Collective: “I really liked their message, and I think wherever people are going to donate their money or choose to support is probably good. Anyone who is backing BLM is on the right side of history here … white people [have been] …willing to treat [black people] poorly and not give them their complete rights in order to preserve a system of white supremacy that has existed in this country since at least 1619 …[Because] we’re donating to a group in Minnesota, I don’t want to imply in any way, shape or form that this is not a problem that doesn’t exist in every single jurisdiction in the United States.”

Performer Autumn Sky Hall has also chosen to support the Minnesota Black Visions Collective, a group she says is in line with her own principles: “They’re a [black], trans and queer-led organization that centers healing and transformative justice principles.”

Proudly political surf-influenced punk band ¡Las Pulgas! are donating more than just Friday’s proceeds. All of its Bandcamp profits for June will be donated to NorCal Resist’s bail fund for protestors. “All of the band members feel so passionately about donating,” said bassist Alyssa De La Rosa. “… We fully support the folks out there protesting against police brutality and the murdering of our black community members.”

Bandcamp proceeds already in ¡Las Pulgas!’s account have been donated to medical costs for Tee Fansofa, a peaceful protestor seriously injured by a tear gas canister and rubber bullets May 30.

Here are other local bands and the groups they’re supporting. Know of others? Leave the band name, Bandcamp link and charity in the comments.

3 Comments on "Songs for social justice"