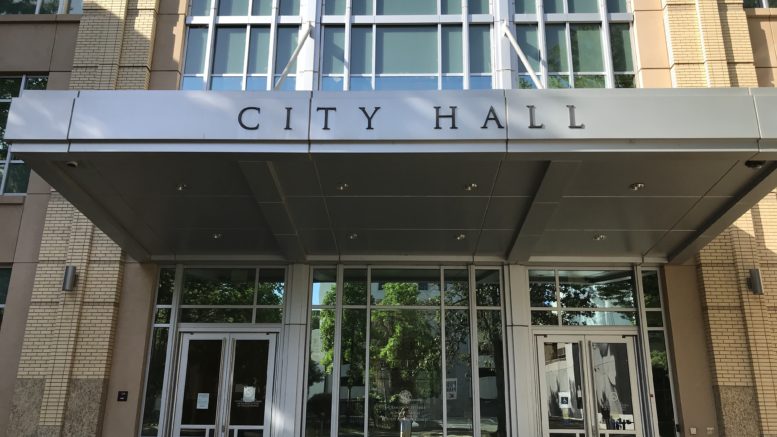 Only about 8% of managers at Sacramento City Hall are Black. (File photo)

On paper at least, this city of Sacramento employee seems to have a great job.

A manager and person of color, the employee makes more than six figures annually, doing work that can make a difference both within City Hall and in the community.

But they’re only the latest Black management-level staffer to be looking for other employment. “I’ve become so desensitized,” said the manager, who spoke to SN&R only if they weren’t named. “I almost feel like a robot right now.”

Since the beginning of 2019, at least six Black managers have retired or resigned, further depleting the city’s already meager ranks.

While Black people comprise around 13% of Sacramento’s population, they made up about 11% of the city’s 4,903 employees in 2019 and just 8% of its managers, according to the city auditor. Those numbers are worse than in July 2016, when Blacks comprised 11% of city employees and 10% of management.

“There are managers that just retired because they had enough,” said Ron Potter, a board member for the city’s African American Employee Leadership Council and a former assistant fire chief for the city who retired in 2019. “Even if they would have stayed a few more years, it’s like, ‘I can’t take this any more, I have my years in, I’m done.’”

And in a year that featured protests following the May 25 killing by Minneapolis police of George Floyd and a broader debate about racial justice, it’s only gotten tougher for Black city employees.

The city is currently in the midst of different race-related efforts, including the latest annual diversity report due to a City Council committee in December. City staff will also be implementing a four to five-year workforce gender and equity plan in coming months.

There’s some question, though, if the efforts can help stop the steady stream of Black managers departing the city.

“We’ve known for awhile that we aren’t doing as good of a job in promoting and hiring Black employees or employees of color or protected-class employees in general,” Sacramento City Council member-elect Katie Valenzuela said.

Potter and Tournour retired. Simpson took a position with the city of Dallas. Muttaqi, Smith and Stewart left to work outside of government.

Muttaqi, who told SN&R that he was let go from the city after funding priorities shifted, said governments, not just limited to Sacramento, offer good talking points with minimal follow-through.

“I think partly why folks do leave is the environment has become kind of toxic in that way,” said Muttaqi, who now works for a nonprofit. “There’s often not a champion to talk about stuff like racism or racial reconciliation or racial injustice. It’s still really a bad word in many government spaces to bring up racism.”

The declining numbers of Black managers have also been on the radar of AAELC, which formed while Kevin Johnson was mayor to provide support and training for Black employees.

“We watch it and we can tell you now, it got worse, it didn’t get better,” AAELC vice president Wendell Brown said. “The most we can do is point it out and ask what steps are being taken.”

“There are managers that just retired because they had enough.”

A manager who left recently described receiving no support when they joined the city, or mentorship or encouragement for educational advancement, and facing resistance from co-workers.

“I never imagined having to fight my own team so hard to try to advance good things in the community,” said the manager, who spoke to SN&R on condition of anonymity.

Flojaune Cofer, chairperson of the Measure U Community Advisory Committee, said Black employees often don’t get the resources or institutional support they need.

“Without speaking about anyone’s individual experiences, I think a lot of those managers probably felt tokenized and felt like they were being used as a Black face to represent the city,” Cofer said. “But their talents were not adequately tapped into and utilized, and they weren’t given the freedom and leeway to be able to really lean on issues in the way that they should have.”

Some such as Stewart felt more comfortable to do work related to racial justice elsewhere. He left in September to take a role building a Black and Brown developer pipeline at NVidia.

Those who remain face a delicate balance, said the manager who’s thinking about leaving.

The city has been some making efforts around diversity, equity, and inclusion in recent years.

“They are taking steps,” said Kenneth Fleming, president emeritus of the AAELC. “I think it remains to be seen if those steps are going to be adequate to address the problem.”

A few months after the March 2018 killing by Sacramento police of Stephon Clark, the city hired Aimee Barnes as its diversity and equity manager, working out of the city manager’s office.

“I feel very supported, and it’s a great position to affect change,” said Barnes, who had been director of the office of diversity and student equity at San Francisco State University. “There’s no road map. So it’s build the ship as you sail. That can be daunting for some, but…you have a lot of room to explore and experiment without it being prescribed.”

Others questioned the support and power Barnes is receiving from the city, including whether she has enough staff. “That doesn’t suggest you’re taking her position seriously if you’re throwing her out there and overwhelming her with the amount of work that she has to do,” Brown said.

“I think we need to take it all seriously,” Steinberg said. “Every bit of information leads to a conclusion that as a city, we have the right intentions. I think we’ve now laid the right foundation with the hiring of Aimee Barnes and her mission, which is becoming the city’s mission. But… our work is far from complete.”

Chan agreed, but said that Black employee representation wasn’t the only troubling figure.

“We gotta do better,” Chan said. “We absolutely have to do better across the board. This is an identical conversation that I’ve had with AAELC. While I appreciate that we need to have better representation of African Americans in leadership roles, I think that holds true for all of our other ethnicities.”

“We gotta do better. We absolutely have to do better across the board.”

Still, it’s Black employees and managers who can be under unique pressure, especially in the current political and social climate. And to some extent, the city has made allowances. Following Floyd’s death, the AAELC and the city manager’s office worked together to provide a number of “safe space” Zoom calls over the summer for Black employees.

“A lot of employees were traumatized when they saw the National Guard with guns and riot gear,” Potter said.

Even as protests have died down since June, stress has remained for Black city employees. The manager who’s thinking about leaving described experiencing insomnia and lacking a solid life-work balance.

The employee said they’d like to see the city to do more to develop and promote talent internally. “I see Sacramento’s potential, very much so, in terms of having better race relations,” the manager said.

But the issue goes beyond how Black employees are treated.

Two years ago, voters approved the Measure U sales tax increase, after Steinberg promised that the money would go toward creating jobs in left-behind communities of color. In campaigning this year for “strong mayor,” Steinberg tied equity to his argument once more.

“Having policies and saying the right things is a start, but if it isn’t coupled with the resources to be able to actually help improve the lives of people in communities that have long been disadvantaged, it is much less impactful,” Steinberg said.

Steinberg noted that Measure A set aside for $40 million for inclusive economic development and added a requirement for a racial, gender, and LGBTQ analysis for every major decision.

But Cofer said that in the first year of the additional Measure U, only $6 million was spent on inclusive economic development, with only $4 million in the budget for the second year.

“If you’re a Black employee working for the city and you are part of the face of what the city does, it’d be really discouraging to feel like you’re being used to point to to say, look at all of our diversity and commitment to communities,” Cofer said. “But you know behind closed doors that that commitment’s not happening.”