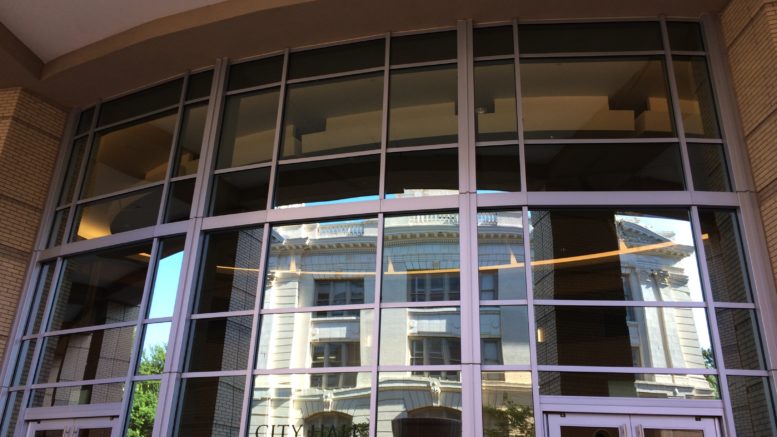 With Sacramento City Hall ending emergency medical leave, about 250 workers are being squeezed the most. (Photo by Foon Rhee)

While releasing his budget proposal last week, Sacramento City Manager Howard Chan declared that no city employees have been laid off or furloughed because of the COVID-19 pandemic.

Unlike during the Great Recession, that’s true, at least so far.

But depending how long the stay-at-home order lasts, it’s possible that some city workers who use up all their leave time will stop getting paid.

When City Hall first started responding to the pandemic in March, it designated about 4,360 of the approximately 4,800 city workers as “essential.” That means they’re on the job, with full salary and benefits. Of the 440 “non-essential” employees, the city is paying those who can telecommute.

Then there are about 250 “non-essential” employees who can’t perform their duties from home.

That changed on April 11, four days after the county stay-at-home order was extended to May 1. (It has since been extended again through May 22.) In an April 9 memo from the labor relations manager, all city employees were told that “a new normal is emerging” and that the emergency medical leave is “unsustainable.”

Instead, workers were told to use paid sick leave authorized by the Families First Coronavirus Relief Act passed by Congress and signed into law in March. That allows 80 hours of paid leave through Dec. 31, for as much as $5,110 total.

Employees can also use family medical leave for as long as 12 weeks, the first two weeks unpaid and the remaining 10 at two-thirds of regular pay, a maximum of $10,000 total. And they can dip into any other sick leave or vacation balances they have to reach their full pay.

But after employees use up all their paid leaves, they won’t get compensated by the city. They can request an unpaid leave, under which the city will continue to cover health insurance. These workers, however, are required to eventually repay the city for any employee out-of-pocket contribution. If their leave request is denied, they lose city health coverage, but can enroll in COBRA, the federal program for continued health coverage.

Thousands of workers in Sacramento’s private sector are struggling financially as well, as shuttered businesses have been forced into layoffs, reduced hours and pay cuts. Still, one selling point of government work sector is job security, and for these 250 city employees, that bargain is teetering.

The city is having to make “difficult decisions” during the pandemic, spokesman Tim Swanson said.

“These are unprecedented times, and moving forward, the City will continue to act in a manner reflective of its commitment to the health and well-being of its employees while also balancing its fiscal responsibilities to tax payers,” he said in an email.

The city received $89 million from the federal relief package. That cash must be used to repair damage from the pandemic, so could some of it go to these city workers?

City officials are reviewing the law’s language and are figuring out specific potential uses to present to the City Council as soon as possible, Swanson said.

Be the first to comment on "Non-essential and unlucky"