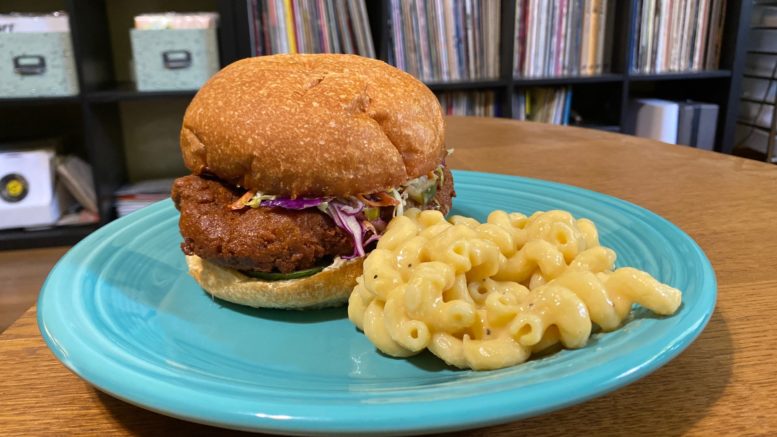 A new restaurant opens in East Sac during the pandemic. And it’s succeeding.

This is a strange time to be opening a restaurant, let alone something as niche as a vegan restaurant. But that’s exactly what Jamie Cavanaugh has done with East Sacramento’s Pure Soul Plant-Based Eats.

Like every restaurant in town, it’s take-out only under the stay-at-home order. But Cavanaugh says that’s actually helped her through early-restaurant growing pains. Her planned March 31 soft opening was canceled as government restrictions on food service tightened, so Cavanaugh had to adapt.

“I was actually not going to do online ordering or deliveries to start because we wanted to make sure we had all the kinks worked out before we added [take-out] into the mix,” Cavanaugh says. “But this has actually been a blessing in disguise, because we’ve had so many technical issues, equipment issues … If we had customers in the store while we were trying to do this, it would have been a hot mess.”

While Cavanaugh had prior cafe experience as part of her family’s last venture, Tantric Urban Bistro next to the Sacramento Convention Center, a full restaurant is a different undertaking. She credits her determination as a key part of the recipe for Pure Soul’s early success.

“I think because I’ve wanted to own my own business … you just get creative and you try to figure out,” she says. “I’ve gotten this close. I can’t just fold up and not let it happen because of what’s going on if I can avoid it.”

How do you make a vegan restaurant succeed when so many other restaurants are struggling? Cavanaugh currently operates with a shoestring staff, but is determined to sustain and expand Pure Soul’s business.

“There’s a lot of stuff at the grocery store, but there’s still vegans who don’t want to cook,” Cavanaugh says. “Maybe they’re an essential worker and they’re tired, they’re working 12-hour days or longer and they just need to eat … I’m just grateful that I can even do it.”

Additionally, Cavanaugh is looking for ways to give back to the community supporting her business in these uncertain times.

“We’re looking to do food donations as well … There’s a lot of families that are going through it worse than others and might be having a hard time, and some of them might be vegan. And even if they’re not, some might just need a meal … we’re interested in helping. We just want to help.”