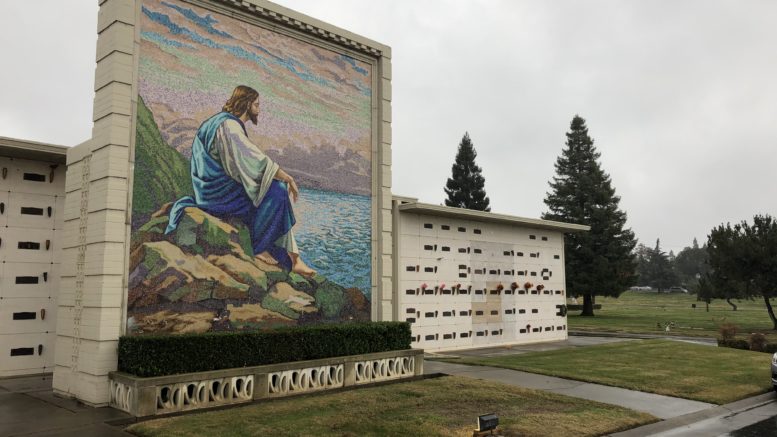 Mt. Vernon is the final resting place for Julian Awad, a 12-year-old girl who was severely injured when a sheriff's SUV struck her family van in 2017. (Photo by Raheem Hosseini)

Sacramento County paid $40.7 million to settle claims against its sheriff’s office in 2018 and 2019

​​​​​A girl who suffered a traumatic brain injury and was left paralyzed when a Sacramento County sheriff’s SUV slammed into her family’s car in 2017 died over the summer, SN&R has learned.

Julian Awad died July 20 in Placer County, her family’s attorney said. She was a month shy of her 13th birthday.

“Her passing is kind of the final chapter for her. … But it’s another thing that the family has to deal with,” attorney Jason Sigel told SN&R on Thursday. “It’s just a horrifically tragic set of circumstances.”

Julian’s death occurred three years and six days after the devastating collision that left her with permanent cognitive and physical injuries and resulted in the largest settlement in recorded history for Sacramento County and its sheriff’s office.

On the night of July 14, 2017, Julian, her parents and two siblings were traveling in a van through an auto row section of northeast Sacramento County. The family was on vacation, Sigel said. The van headed southbound on Fulton Avenue as two sheriff’s vehicles sped in the opposite direction toward an active crime in North Highlands.

The lead sheriff’s SUV was racing up the thoroughfare at more than 80 mph without its siren lights on, according to a civil lawsuit that was later filed in Sacramento Superior Court. The Awads started to turn left onto Pope Avenue. The sheriff’s SUV, unable to stop, plowed into the van’s passenger side, shearing the rear door. Julian and her brother sat on the other side of it.

Julian suffered a “catastrophic” head injury that required three months in UC Davis Medical Center’s intensive care unit, Sigel told The Sacramento Bee last year. The collision also rendered her quadriplegic. Julian’s brother, who sat in the backseat next to Julian, broke his leg so badly that it was nearly amputated.

“Since her discharge, she’s made some meaningful recovery, but unfortunately will require around-the-clock attendant care for the rest of her life,” Sigel told the Bee in a video interview following the settlement announcement.

The county paid $26.6 million to the family. The record sum brought the county’s claims bill to almost $30.8 million for the 2020 fiscal year that ended June 30. That’s a 100% increase from the previous fiscal year, according to a report from the George Hills Company Inc., the county’s longtime contract claims administrator.

Liability claims have sharply increased for the county in the past three years. Since 2017, the county has paid $70.5 million to resolve liability claims; $30 million was covered by excess insurance, the George Hills report shows.

The sheriff’s office is the biggest source of of liability claims in Sacramento County and accounted for 38% of lawsuits filed against the county in the 2020 fiscal year. Of the $46 million the county paid in 2018 and 2019 to settle liability claims, nearly $40.7 million of that originated from claims against the sheriff’s office, according to figures obtained through a public information request.

The Rose payout was part of a $6.5 million judgement a jury awarded against the sheriff’s office, while the jail inmate case was part of a $2.5 million settlement that the county agreed to in 2017.

George Hills reported 572 new claims and 71 new lawsuits against the county during the 2020 fiscal year, both modest decreases from the previous year due to the effects of the COVID-19 pandemic on the courts and everyday life.

In his video for the Bee, Sigel noted that the deputy who caused the accident had an exemplary service record and was the first to exit his vehicle and try to help the Awad family. The deputy was still employed by the sheriff’s office as of last year, according to Transparent California‘s public employee database.

“Unfortunately, this was one of those times when procedures weren’t being followed and resulted in a catastrophic outcome,” Sigel told The Bee.

On Dec. 17, Sigel said Julian’s death was due to secondary causes from the accident. He said he learned of his young client’s passing from her family.

Julian was laid to rest at Mount Vernon Memorial Park and Mortuary in Fair Oaks, an employee confirmed.

“There’s not a lot of perspective you can give it,” Sigel told SN&R. “A young girl passed away after a devastating accident that injured her whole family. … It’s heartbreaking.”

1 Comment on "Three years after a sheriff’s vehicle paralyzed her, a 12-year-old girl has died"