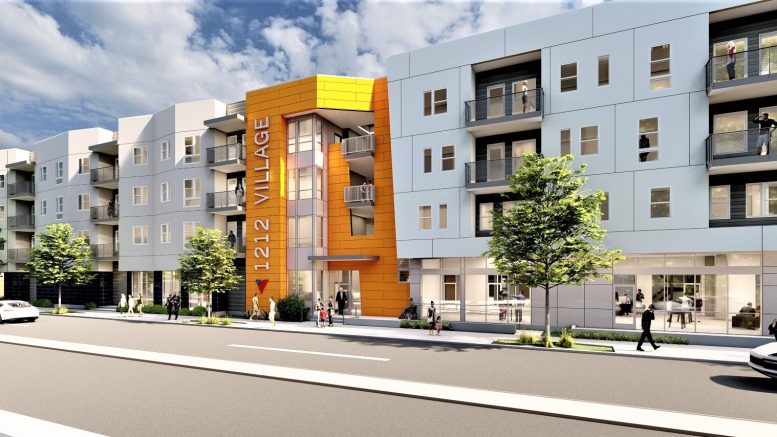 Affordable housing funding is complicated and not for the faint of heart. But for Volunteers of America (VOA), providing safe homes for vulnerable individuals and families is one of the organization’s core values and has made it one of the nation’s largest nonprofit providers of quality affordable housing and other supportive programs.

“For Volunteers of America and the people we serve, a home is far more than a shelter; it’s a foundation of life,” says Doug Snyder, vice president of regional real estate development.

One of its latest proposals — the 1212 Village — aims to offer 75 units of affordable housing on the corner of Del Paso Boulevard and Southgate Road. It’s a location close to public transit, downtown and many locally-owned businesses.

VOA has already invested $1 million into purchasing the site, working with architects and conducting market and environmental studies. But it needs the City of Sacramento’s help to bring this project to life and revitalize North Sacramento.

The path to production of additional new affordable housing lies in federal Low Income Housing Tax Credits or “LIHTC.” The LIHTC is a federal program which distributes credits annually to states based on population. In turn, states manage the allocation process of LIHTC to developers and administer the program compliance long term. The two key requirements for developers to qualify for tax credits include agreeing to set their rents as “affordable” meaning 30% to 80% of the area median income in which a property is located — and remain so for a minimum of 30 years.

According to Snyder, such competition and the LIHTC program is in contrast to low-income housing project stereotypes.

“There were government-direct funded programs in the late ’60s, ’70s and even the ’80s that were really unsuccessful. You hear these horror stories about government affordable housing and poverty,” he says. “The tax credit program took a right turn from all that when it was introduced in 1986. … There are significant punitive consequence’s built into the LIHTC program for developer-owners to do a good job and keep properties running smoothly long term.”

For an investment of $7.1 million — about 20% of the project’s overall cost — the City of Sacramento can leverage those funds to receive $18 million in federal tax credits, which would fund half of the project’s $36 million pricetag. VOA would fund the remaining 30% with loans (debt) and other soft funding sources.

“The City of Sacramento’s commitment to funding this project is the catalyst for this project becoming a reality,” says Snyder.

“For Volunteers of America and the people we serve, a home is far more than a shelter; it’s a foundation of life.”