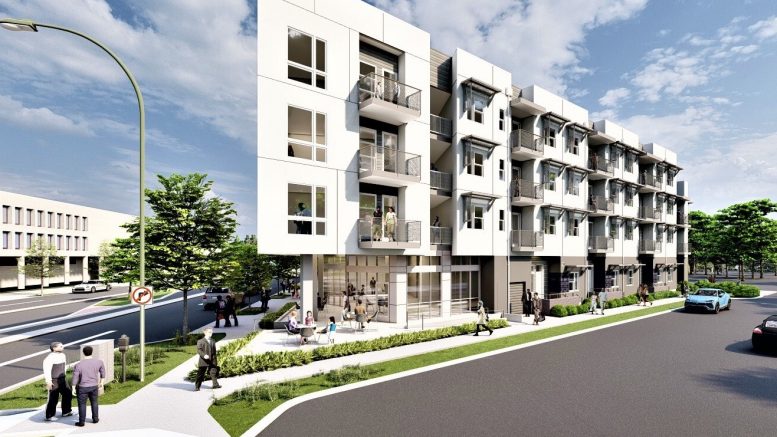 On its surface, Del Paso Boulevard sounds like prime real estate: It’s close to schools, parks and downtown Sacramento; it’s easily accessible via mass transit and multiple freeways; and there’s commercial and residential space available. What it lacks is infrastructure … and people.

“This needs to be a desirable place to own a business and be open. You need to create demand,” says Daniel Savala, executive director of the Del Paso Boulevard Business Partnership. “When you support housing … up and down Del Paso Boulevard, you’re building in demand and you’re building a space where a small business can thrive. Absent housing, all we do right now is triage — have a festival, have a street party — that’s all we’re doing. We’re holding place until something better happens.”

That “something better” is the 1212 Village, a proposed affordable housing complex slated to be built at the corner of Del Paso Boulevard and Southgate Avenue. The four-story building would offer 75 units ranging in size from studio to three bedrooms atop ground floor retail spaces.

The project is being spearheaded by Volunteers of America (VOA), which would stay on after construction ends to manage the building as well as offer supportive programs for residents.

“Rents are set so the families living there are paying … generally about 30% of their income for housing,” says Paul Ainger, retired senior development director with Volunteers of America National Services. “That’s what makes it affordable, that’s what allows them to have more disposable income … to spend that money on Del Paso Boulevard (businesses).”

VOA has already invested more than $1 million into the project — purchasing the vacant site, conducting environmental studies, working with architects and civil engineers — in the hope that the 1212 Village can be a tipping point in revitalizing old North Sacramento and encourage further development. According to Savala, new residents would be a lifeline for the local restaurants, breweries, shops and other businesses that are currently struggling to stay open.

“They just struggle and eventually close down because it’s just not worth staying open. One of the benefits you get with the housing element is you get a hundred people living on the Boulevard,” Savala says. “The most important thing is bringing people into this community, creating a neighborhood, creating a place on Del Paso Boulevard. That’s going to lead to a better business environment and it’s going to give folks a place to live. It’s a win-win.”