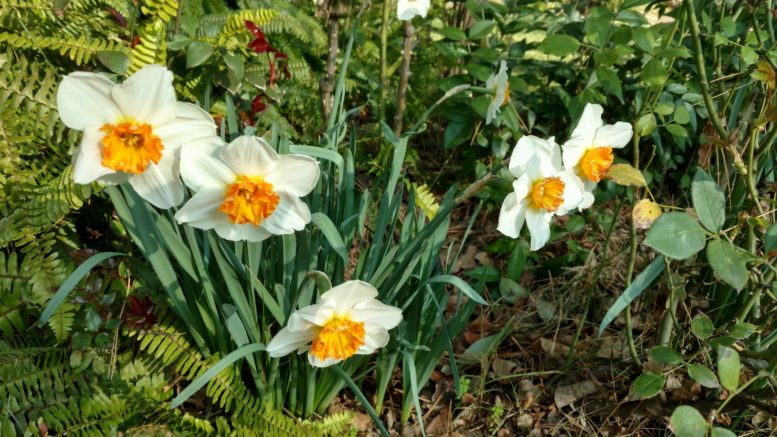 February has been bone dry, but it’s too early to turn on the sprinklers

How about this weather?

Unusually warm and dry temperatures may make it feel like spring, but they also bring notes of caution from Sacramento weather watchers.

What’s more alarming is the lack of moisture. So far, February—usually among the rainiest months—has been bone dry. Historically in Sacramento, this month averages more than 3.5 inches of precipitation.

With such dry weather, forecasters have become mentioning the dreaded “D” word—drought.

After tracking almost normally, the rainy season has fallen far off pace. According to the National Weather Service, Sacramento Executive Airport reports 6.14 inches total since Oct. 1, compared to 10.48 inches through Feb. 10 last year and the average to date of 11.19 inches.

What’s worse is that 6 inches is only a third of the 18-inch “normal” rain year total. According to the NWS, the driest Sacramento February on record was way back in 1899 with only 0.04 inches. More recently, February 1995 saw only 0.19 inches, but that followed widespread flooding the prior month.

People tend not to think about saving water until summer, or when their garden starts getting thirsty. But they should be thinking about saving now, says Amy Talbot, water efficiency program manager for Sacramento’s Regional Water Authority, the umbrella organization that represents two dozen local water districts and providers.

It’s her job to help local residents save water year-round. “We just did another round of focus groups, and as before, found that people really do make decisions about when and how much to water their landscape based upon the weather and how [their landscape] looks,” Talbot said.

If the weather is warm and the ground looks dry, people turn on the sprinklers.

“With the weather recently being unseasonably warm, we urge people to actually check soil moisture with a moisture meter, screwdriver or by using a hand shovel to dig down six inches to feel the soil,” Talbot said. “It might be warmer than usual and the soil might look drier on the surface, but the days are still shorter and the nights very cool with moisture in the air. It’s likely your landscape does not need to be watered, but the only way to know for sure is to check.

“If your landscape does need water, we recommend hand watering,” she added, “so that you deliver water only to the plants that really need it.”

As for prospects of another drought? It’s more complicated.

Warm, dry weather brings more use, but so far, just a little spike.

“Typically it’s not just one factor like a single hot month that causes a spike, but rather a combination of factors like above average temperatures matched with below average precipitation,” Talbot said. “It’s the layered effect.”

And we have water in the bank. Folsom reservoir is 92% full compared to its historical average; that’s good.

“One dry month or even one dry year doesn’t really concern water suppliers as much as multiple dry years back to back,” she said. “It’s a marathon not a sprint when it comes to water supply. It is still too early to say whether 2020 will be a wet or dry year.”