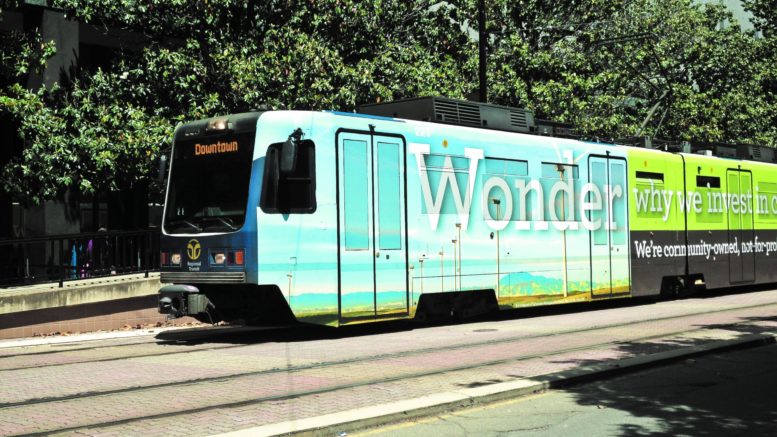 More than half of Sacramento Regional Transit’s train fleet is old and needs to be replaced, the agency says. Funds for new trains may soon be obtained with SacTRU’s help. Photo by Edgar Sanchez

Sarah Kerber attends almost every Sacramento Regional Transit Board meeting. When the Board discusses proposals that might negatively impact public transportation in Sacramento, she protests them during the public comment period.

“Our transit system … is going through a period of improvement,” but it needs more, Kerber said in a recent interview.
Kerber, a state worker who relies on public transit, belongs to the Sacramento Transit Riders Union (SacTRU), a group with over 100 members that advocates for a better public transit system.

“Our transit system … is going through a period of improvement.”

“Our transit system … is going through a period of improvement.”

The Union, which is supported by The California Endowment, is working to secure the vital funds RT needs to begin buying new trains.

Founded shortly after Henry Li became RT’s new general manager and CEO in 2016, SacTRU made it their aim to improve the quality of Sacramento’s RT system.

The Union is a project of Organize Sacramento, a nonprofit that trains people how to mobilize and make social change that tend to benefit the working poor. Organize Sacramento adheres to a core principle: If you seek improvements in your community, speak to the people in power and help them make the right decisions for their constituents.

The nonprofit’s meeting room displays the portraits of local elected officials, including all 11 RT Board members – a reminder of who the powerful are.

Upon learning that Kerber and other SacTRU members were attending his Board meetings, Henry Li appeared at some SacTRU meetings himself, signaling that RT would listen to the Union. Since then, Organize Sacramento and RT have developed a strong, positive relationship.

“Mr. Li has brought a customer-focused approach to RT that was not present before,” SacTRU member Russell Rawlings said.

According to SacTRU, their efforts convinced RT to reduce fares, effective last fall, for the first time in its 47-year history and successfully pressured RT keep a critical bus line in South Sacramento that they might’ve discontinued otherwise.

The Union and RT agree: more than half of RT’s trains are past their useful life.

That’s why SacTRU is speaking up to the Sacramento Area Council of Governments (SACOG), which coordinates regional transportation planning and funding. This new partnership could bode well for the future of SacRT.

“SACOG welcomes public input from all individuals, organizations and stakeholders across the region,” including SacTRU, SACOG spokesman Alastair Paulin said.

Click “Learn more” below to get involved with SacTRU.

Be the first to comment on "Repairing Sacramento’s RT System"