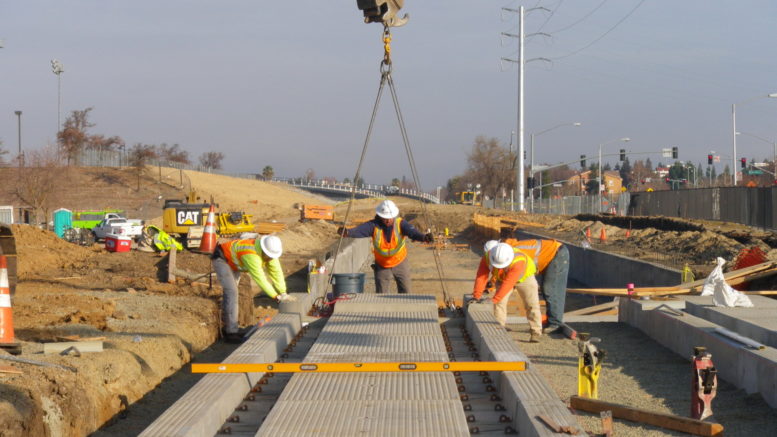 A far-reaching spending blueprint for roads and transit in Sacramento County took a big leap forward March 18, but the fight is far from over.

The Sacramento Transportation Authority board approved a 40-year, $8.4 billion spending plan that would be funded by a half-cent countywide sales tax increase.

Hashed out and revised over dozens of community gatherings and several board meetings, the plan calls for about 40% of the money to go to Regional Transit and other transit projects, while nearly half would go to local streets and roads.

It won support from 13 of the 16 board members—including those representing Elk Grove, Folsom and Sacramento— as a balanced plan.

“This plan has something for everyone,” Folsom City Council member Kerri Howell said in a statement.

Sacramento Mayor Darrell Steinberg took the unusual step of stepping in as a city representative on the board so he could vote for it.

“We do not have to choose between a smart transportation future and a healthy planet,” Steinberg said in a statement. “We must have both. Today’s near unanimous vote was a clear affirmation that we’re committed to both.”

But there is some opposition.

And many transit advocates are not satisfied. They are pushing for half the money to go for public transit and regional rail, and said they had to fight hard against the road building lobby to keep 39% of funding.

“We will keep monitoring and advocating in support of these goals,” Glenda Marsh, co-founder of Sacramento Metro Advocates for Rail and Transit, said in a statement.

To get before voters on Nov. 3, the plan must now win approval by cities representing a majority of the county’s population, then by the county Board of Supervisors.

If the new Measure A makes it to the ballot, it requires a two-thirds majority. That isn’t a sure thing. A similar half-cent tax hike, which would have raised $3.6 billion over 30 years, narrowly failed in November 2016. The existing half-cent Measure A for transportation is on the books until 2039.

Cartoon: Blinding us with ‘science’

Be the first to comment on "A balanced plan for roads and transit?"