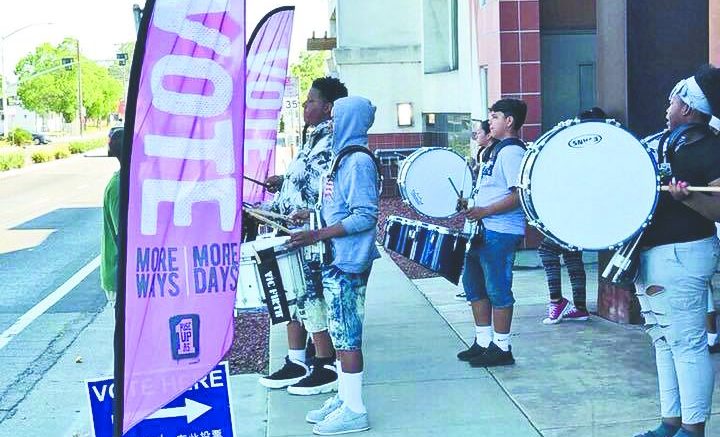 Organize Sacramento, which is part of the Sacramento.VOTE Coalition, has received support from The California Endowment to educate voters on the Voter’s Choice Act, which expands the number of days and ways voters in Sacramento County can vote. Courtesy photo

The Sacramento resident has voted in every presidential election — and in every mid-term and primary contest — since 1988.

“Voting is important for me, because I want my government to represent my values,” said Dramer, chair of Organize Sacramento. “If people don’t vote, we can’t count on our collective values being represented.”

“Voting is important for me, because I want my government to represent my values. If I people don’t vote, we can’t count on our collective values being represented.”

Her nonprofit, Organize Sacramento, is part of the Sacramento.VOTE Coalition that is educating Sacramento County voters on the “More Days, More Ways” they can vote in the General Election.

Starting with the June Primary Election, Sacramento and four other California counties made it more convenient to vote under an early voting format created by the 2016 Voter’s Choice Act. If the new system succeeds, other counties in the state can opt to adopt it beginning in 2020.

A slogan being used in outreach, “More Days, More Ways” refers to the expanded number of days and ways to vote. For instance, voting by mail began on Oct. 8 — 29 days before Election Day — when the county’s 747,000 registered voters began returning Vote-by-Mail ballots that they received.

Every voter chooses how to vote:

“People can go to any Vote Center they choose and cast their ballot,” Dramer said, noting that Voter’s Choice eliminated assigned polling places.

Another exciting new opportunity for voters through Voter’s Choice is eligible voters may also register to vote at any Vote Center and vote the same day.

The California Endowment is supporting efforts to promote the Voter’s Choice Act and increase civic engagement through voting.

As part of its get-out- the-vote effort, the coalition is distributing 50,000 “More Ways, More Days” leaflets, printed in both English and Spanish, which will be distributed through local organizations, churches, synagogues and temples, and on public transportation.

Leaflets in Hmong/English are being disseminated by coalition member Hmong Innovating Politics.

Under the Voter’s Choice Act changes in the June 5 Primary, the county’s voter turnout increased 12 percentage points over 2014’s mid-term Primary — an impressive increase for the county’s first experience with the new voting system.

Be the first to comment on "‘More Days, More Ways’ to Vote in the General Election"