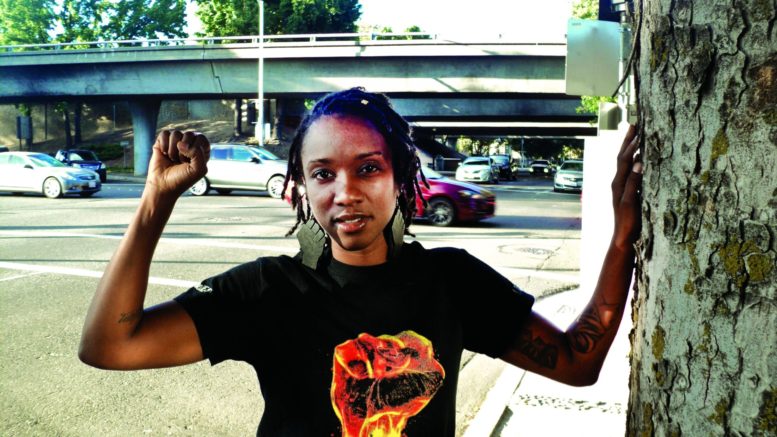 Maybe it was a coincidence, a numerical happenstance.

But 20 days after police fired 20 shots at Stephon Clark in his grandmother’s backyard in Meadowview, special healing circles began in Sacramento.

The Clark tragedy began with a call that a fence-hopping man was smashing car windows the night of March 18. Two responding Sacramento police officers confronted Clark, 22. Believing he aimed a gun at them, police fired at him, striking him at least seven times. Only an iPhone was found on his slain body.

The incident devastated local African Americans. They needed anguish relief. “People were in pain and trauma, and we had nothing to address that as a community,” said Ryan McClinton, a community organizer for Sacramento Area Congregations Together (Sacramento ACT).

“A common theme is that Black people are tired. We’re broken. We’re weary, hurt and scared of police.”

Then, something good happened.

That led to creation of a local Safe Black Space, where people of African ancestry can discuss their traumas at the free community healing circles, which are held monthly with The California Endowment’s support. Besides the doctor, the space creators included Pastor Joy Johnson, president of the multi-faith SAC ACT; the Reverend Kevin Ross of Unity of Sacramento, a non-denominational ministry, and medical professionals and other volunteers.

Some circle facilitators received training in African-centered healing strategies. Others already had that expertise.

Since then, attendees have displayed myriad emotions at the sessions, according to Teah Hairston, a co-facilitator. Some cry, mourning Clark’s death. Some express anger at police. Still others exhibit joy, because they are still alive; they say they haven’t been shot by police.

“Everything happens” at the circles, said Hairston, who is pursuing a doctoral degree in sociology from the University of Missouri. “My mission is to get people to talk. A common theme is that Black people are tired. We’re broken. We’re weary, hurt and scared of police.”

Mental health experts are always at the circles.

The Sacramento Police Department “recognizes the impact that the March 18 officer-involved shooting has had on our community,” department spokesman Sgt. Eddie Macaulay said. “The department continues with our commitment to continually build trust as we move forward to heal as a community.”